Prepare For Change
Home Awakening The Decline of the West: American Education Surrenders to “Equity” 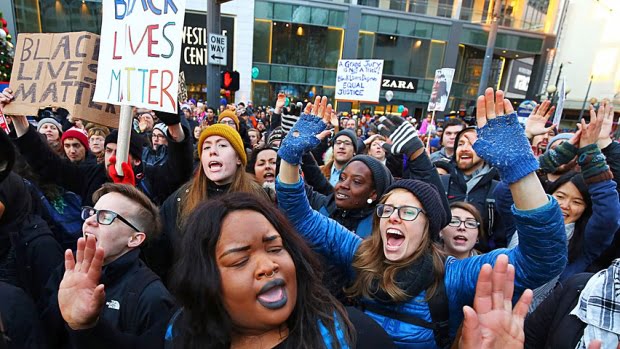 It will be difficult or even impossible to go back to a system where learning is actually a discipline that requires hard work and dedication.

Public education in the United States, if measured by results, has been producing graduates that are less competent in language skills and dramatically less well taught in the sciences and mathematics since 1964, when Scholastic Aptitude Test scores peaked. The decline in science and math skills has accelerated in the past decade according to rankings of American students compared to their peers overseas. A recent assessment, from 2015, placed the U.S. at 38th out of 71 countries in math and 24th in science. Among the 35 members of the Organization for Economic Cooperation and Development OECD), the United States came in at 30th in math and 19th in science. Those poor results must be placed in a context of American taxpayers spending more money per student than any other country in the world, so the availability of resources is not necessarily a factor in most school districts.

Much of the decline is due to technical advances that level the playing field for teachers worldwide, but one must also consider changing perceptions of the role of education in a social context. In the United States in particular, political and cultural unrest certainly have been relevant factors. But all of that said and considered, the U.S. is now confronting a reassessment of values that will likely alter forever traditional education and will also make American students even more non-competitive with their foreign peers.

Many schools in the United States have ceased issuing grades that have any meaning, or they have dropped grading altogether, which means there is no way to judge progress or achievement. National test scores for evaluating possible college entry are on the way out almost everywhere as they are increasingly being condemned as “racist” in terms of how they assess learning based solely on the fact that blacks do less well on them than Asians and whites. This has all been part of an agenda that is being pushed that will search for and eliminate any taint of racism in the public space. It has also meant the destruction or removal of numerous historic monuments and an avoidance of any honest discussion of American history. San Francisco schools are, for example, notoriously spending more than $1 million to change the names of 44 schools that honor individuals who have been examined under the “racism and oppression” microscope and found wanting. They include George Washington, Thomas Jefferson, Abraham Lincoln, and Paul Revere.

The new world order for education is built around the concept of “equity,” sometimes described as using the public education system to “ensure equitable outcomes.” But the concept itself is deeply flawed as the pursuit of equity means treating all American unequally to guarantee that everyone that comes out of the schools is the same and has learned the same things. That is, of course, ridiculous and it penalizes the good student to make sure that the bad student is somehow pushed through the system and winds up with the same piece of paper.

And the quality overall of public education will sharply decline. One might reasonably observe that imposition of a totalitarian style “equity” regime based on race will inevitably drive many of the academically better prepared students out of the system. Many of the better teachers will also move to the private academies that will spring up due to parental and student demand. Others will stop teaching altogether when confronted by political correctness at a level that prior to 2020 would have seemed unimaginable. The actual quality of education will suffer for everyone involved

All of that has been bad enough, but the clincher is that his transformation is taking place all over the United States with the encouragement of federal, state and local governments and once the new regime is established it will be difficult or even impossible to go back to a system where learning is actually a discipline that sometimes requires hard work and dedication. In many school districts, the actual process of change is also being put on the back of the taxpayer. In one Virginia county the local school board spent $422,500 on a consultant to apply so-called Critical Race Theory (CRT) to a new program of instruction that will be mandatory for all employees and will serve as the framework for teaching the students. When schools eventually reopen, all kindergarteners, for example, will be taught “social justice” in a course designed by the controversial Southern Poverty Law Center and “diversity training” will be integrated in all other grade levels. Teaching reading, writing and arithmetic will take a back seat of “social justice.”

Critical Race Theory, which is being promoted as the framework for reorganizing the schools along lines of racial preferences, has been fairly criticized as it pretends to be an antidote to systemic racism but is itself racist in nature as it opposes a race neutral system that equally benefits everyone. It proposes that all of America’s governmental bodies and infrastructures are racist and supportive of “white supremacy” and must be deconstructed. It requires everything to be examined through a value system determined by identity politics and race and it views both whites and their institutions as hopelessly corrupted, if not evil.

Fortunately, some pushback to the Jacobins of political correctness is developing. Parents in many school districts are starting to attend school board meetings to register their opposition and even some school board members and teachers are refusing to cooperate. The teachers do so at risk of losing their jobs. At the elite Dalton private school in New York City parents have sent a letter to the Head of School Jim Best complaining how the newly introduced “anti-racist” curriculum has been gravely distorted by Critical Race Theory and the pursuit of “equity” to such an extent that it has included “a pessimistic and age-inappropriate litany of grievances in EVERY class. We have confused a progressive pedagogical model with progressive politics. Even for people who are sympathetic to that political viewpoint, the role of a school is not to indoctrinate politically. It’s to open the minds of children to the wonders of the world and learning. The Dalton we love, that has changed our lives, is nowhere to be found. And that is a huge loss.”

The letter also stated that “Every class this year has had an obsessive focus on race and identity, ‘racist cop’ reenactments in science, ‘decentering whiteness’ in art class, learning about white supremacy and sexuality in health class. Wildly age-inappropriate, many of these classes feel more akin to a Zoom corporate sensitivity training than to Dalton’s intellectually engaging curriculum.”

Ironically, much of the new curriculum is being driven by a core of radicalized Dalton faculty members, who in December signed on to an “anti-racism manifesto” which demanded that the school “hire 12 full-time diversity officers, abolish high-level academic courses if Black students’ performance isn’t on par with White students’, and require anti-racism ‘statements’ from all members of the staff.”

Inevitably what is going on at Dalton and elsewhere is also playing out at many of America’s top universities, so the rot will persist into the next generation when today’s college students themselves become teachers. A black Princeton professor of classics is calling for all classics departments to be done away with because they promote “racism, slavery and white supremacy.” America’s education system, once upon a time, benefited the nation and its people, but we are now watching it in its death throes. And please don’t expect the Joe Biden administration to do anything to save it. They are on the side of the wreckers.