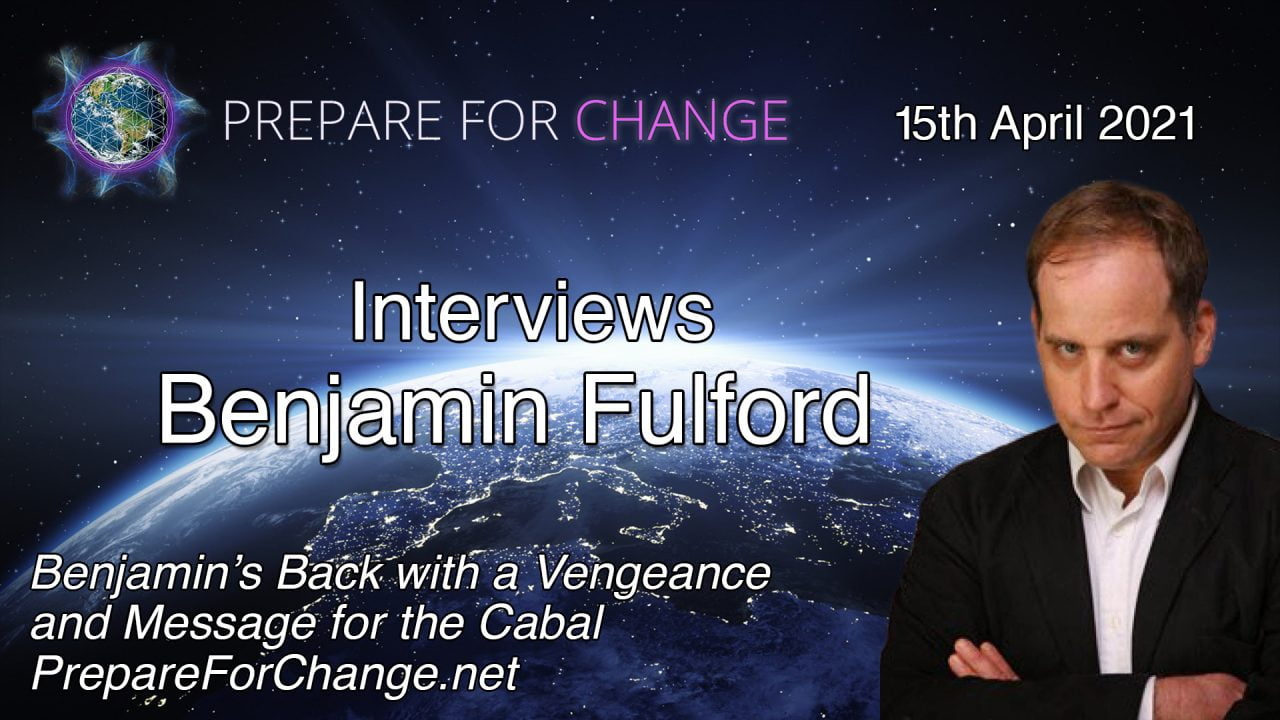 In today’s interview recorded on the 14th April 2021 (US), we welcome Benjamin back and get a whirlwind tour of info about the death of Prince Phillip, what’s happening with the failing cabal and where to track down guilty culprits in Switzerland. He again shares some insight of the folks that he speaks with first hand who are part of the P3 lodge in Rome and gives us warnings about the cabal plan for triggering Armageddon and WWIII, which he assures us is failing again. He also clears up a little on the state of the pandemic numbers and offers a theory on if the shots are real or not. We also talk briefly about misinformation and a break in occurs at Benjamin’s location during the conversation.

For a list of our past interviews with Benjamin, please go here: https://prepareforchange.net/category/interviews/benjamin-fulford-interviews

Keep on seeking the truth, rally your friends and family and expose as much corruption as you can… every little bit helps add pressure on the powers that are no more.

Prepare For Change is a registered 501c3 charity and only run of public donations, to help us continue bringing you more interviews and daily posts on our website please offer a financial donation. Beyond keeping our operating costs covered with an all-volunteer staff. Prepare For Change is the proud founder and supporter of an orphanage in Malawi, Africa. A significant proportion of our donations go to this noble and worthy cause.

As always try to raise your vibration and remain loving to one another, we’re all one, and we’re all going to bring about a new world!

For more direct information from Benjamin please see his website: