Prepare For Change
Home ARCONTES WITH WHOM ARE MANY U.S. POLICE DEPARTMENTS TRAINING? WITH A CHRONIC HUMAN... 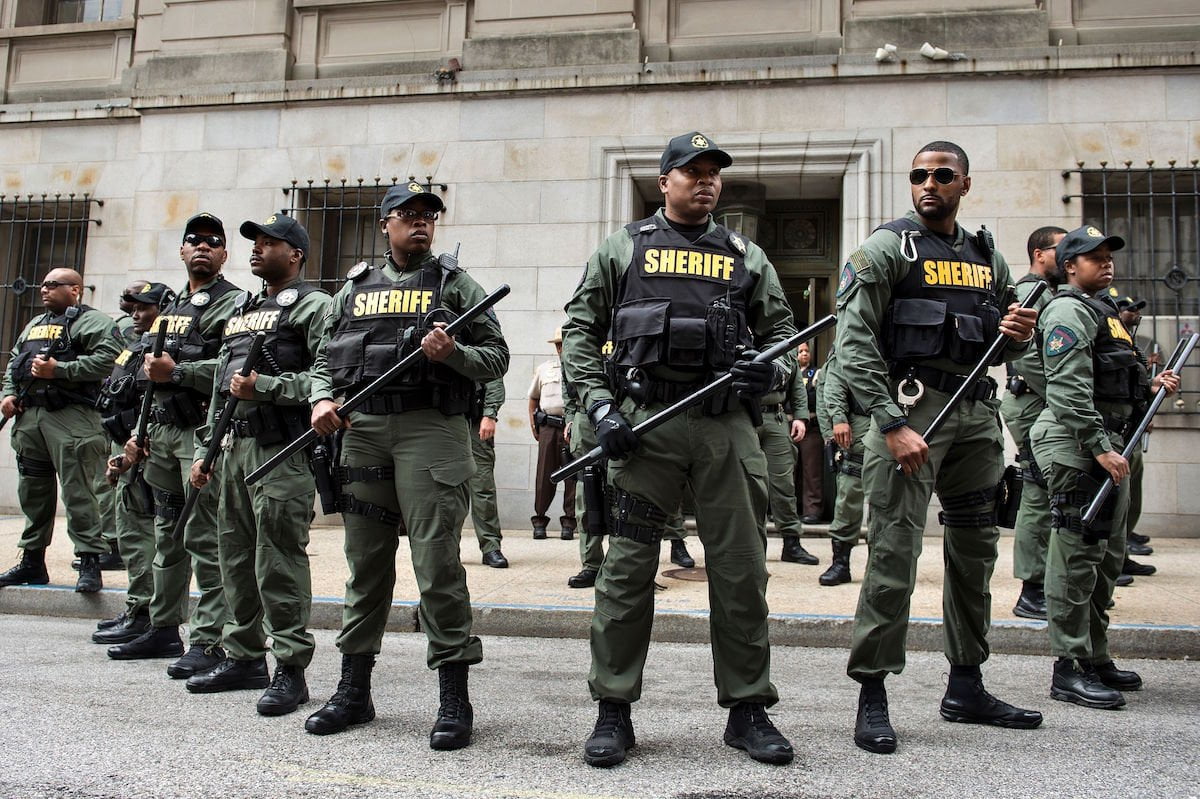 “Israel trained U.S. police Departments to treat U.S. citizens like Palestinians. Now cops are terrified of the idea of going to prison”

When the U.S. Department of Justice published a report Aug. 10 that documented “widespread constitutional violations, discriminatory enforcement, and culture of retaliation” within the Baltimore Police Department (BPD), there was rightly a general reaction of outrage.

But what hasn’t received as much attention is where Baltimore police received training on crowd control, use of force and surveillance: Israel’s national police, military and intelligence services.

Baltimore law enforcement officials, along with hundreds of others from Florida, New Jersey, Pennsylvania, California, Arizona, Connecticut, New York, Massachusetts, North Carolina, Georgia, Washington state as well as the DC Capitol police have all traveled to Israel for training. Thousands of others have received training from Israeli officials here in the U.S.

Many of these trips are taxpayer funded while others are privately funded. Since 2002, the Anti-Defamation League, the American Jewish Committee’s Project Interchange and the Jewish Institute for National Security Affairs have paid for police chiefs, assistant chiefs and captains to train in Israel and the Occupied Palestinian Territories (OPT).

These trainings put Baltimore police and other U.S. law enforcement employees in the hands of military, security and police systems that have racked up documented human rights violations for years. Amnesty International, other human rights organizations and even the U.S. Department of State have cited Israeli police for carrying out extrajudicial executions and other unlawful killings, using ill treatment and torture (even against children), suppression of freedom of expression/association including through government surveillance, and excessive use of force against peaceful protesters.

Public or private funds spent to train our domestic police in Israel should concern all of us. Many of the abuses documented, parallels violations by Israeli military, security and police officials.

The Department of Justice report cited Baltimore police for using aggressive tactics that “escalate encounters and stifle public cooperation.” This leads, the report said, to use of unreasonable force during interactions for minor infractions, such as quality of life matters.  Furthermore, the report details how an overall lack of training leads to excessive force being used against those with mental health issues, juveniles and people who present “little or no threat against others,” such as those already restrained.

In one case, a 28-year-old Palestinian man, not suspected of any crime except being present during a raid, was killed in what appears to have been an extrajudicial execution by Israeli forces, including an undercover police unit, during a raid on al-Ahli hospital in Hebron November 2015.

Eyewitnesses report that when Israeli forces entered the hospital room where the suspect was recuperating, they immediately shot his cousin. There was no attempt to arrest him or to use non-lethal alternatives before shooting him dead. This is one example among many.

There are also documented incidents of suppression of freedom of expression by Israeli police. For instance, journalists covering protests have been assaulted or shot. Individuals are also arrested for social media posts or for gathering to peacefully discuss the occupation. Police have harassed and arrested Israeli whistleblower Mordechai Vanunu repeatedly since he served his full sentence in 2004. Just this past July, Vanunu was in court for giving a news interview, moving (in the same building) without notifying police and for meeting with foreign nationals.

It is beyond dispute that there are some very serious human rights problems in U.S. policing, including in relation to the use of force and respect for equality of all before the law.

The people of Baltimore deserve better. The American public deserves better.  Baltimore and other police departments should find partners that will train on de-escalation techniques, how to handle mentally challenged or ill citizens, on the constitutional rights of citizens concerning filming and how to appropriately respond to those using non-violent protest to express their opinions. Israel is not such a partner.