Prepare For Change
Home Awakening Prostitution to be LEGAL in NYC, but speaking the truth is a... 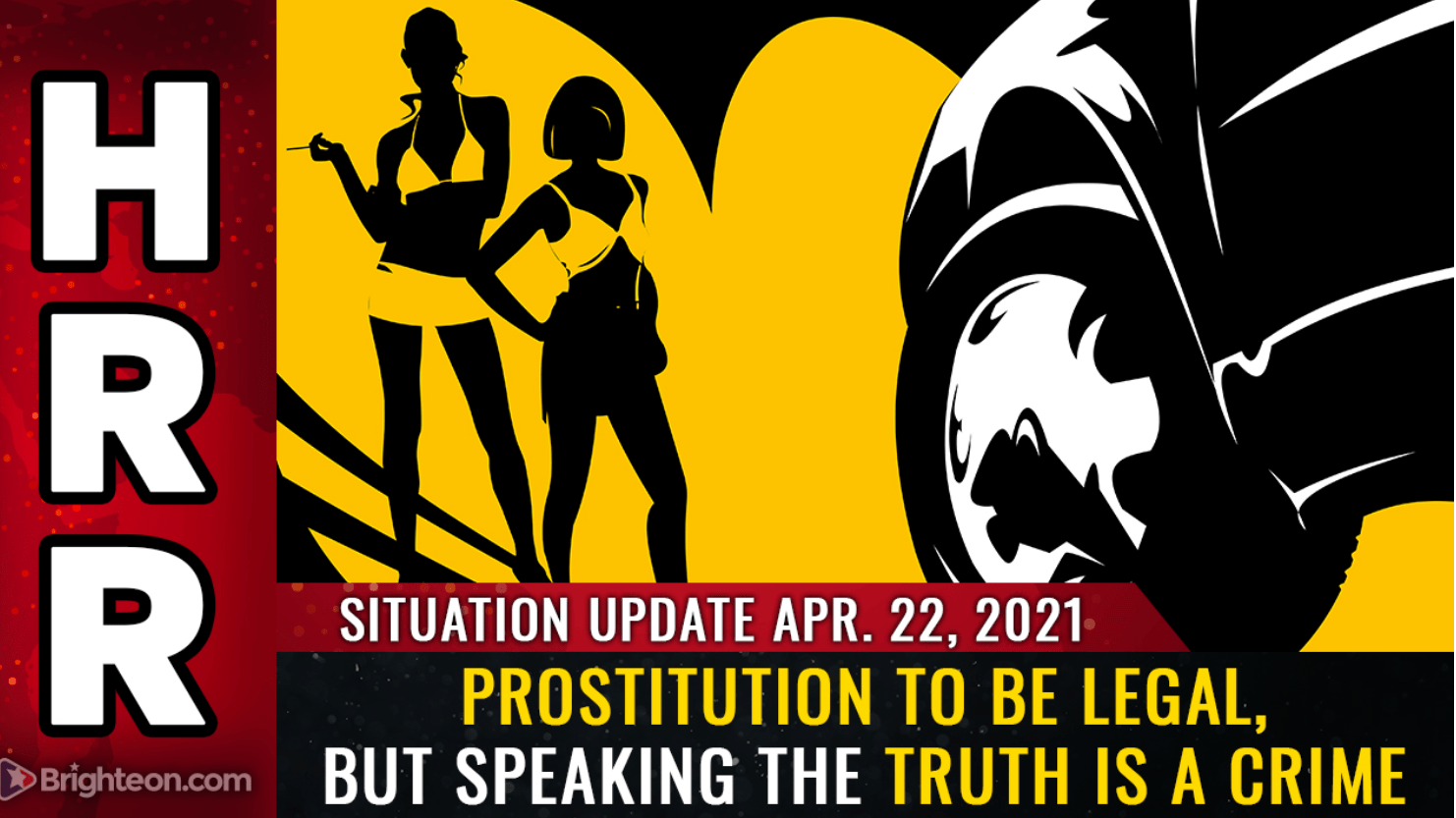 From The Health Ranger:

(Natural News) It’s stunning that we are seeing such an aggressive effort to decriminalize prostitution and marijuana across America while at the same time anyone who speaks the truth — about vaccines, election rigging, censorship, etc. — is treated like a criminal.

Thanks to new laws and rules, if you are caught having sex with a prostitute in New York City while not wearing a mask, you will be fined for not wearing the mask.

Truth-tellers are the new “criminals” and Democrat U.S. Senators are even directing the techno-fascist platforms (Facebook, YouTube, Twitter) to de-platform anyone who tells the truth about vaccine safety problems or vaccine injuries. No one is allowed to point out that people are dying immediately after taking covid vaccines. To do so is a “crime” in America today.

Violent left-wing rioters who assault police officers and throw molotov cocktails are given a free pass, of course. All the violence on the Left is completely acceptable to Democrat senators and political “leaders.” But invoking the truth with claims like, “The election was rigged” will get you labeled an insurrectionist and possibly visited by the FBI.

Welcome to Biden’s corrupt, fascist America, where Leftists can carry out any crimes they wish — all without being charged — while conservatives or Christians are vilified for working to save lives and empower people with real solutions to beat covid and defend freedom.

In this horrifying new system of left-wing tyranny, basketball star Lebron James — a low-IQ, highly-paid racist bigot — openly calls for violence against a police officer and doesn’t get banned by Twitter. What Lebron James proves is that if you are a bigoted leftist, you can call for violence with impunity. Domestic terrorism is now embraced and endorsed by an NBA star who says nothing about China’s organ harvesting, all while the NBA cashes in on China’s sports fans.

Similarly, the social media company “Nextdoor” is now claiming you’re a racist bigot if you post a message that says, “All lives matter.” Because to Nextdoor and other techno-fascist evil corporations, only black lives matter, but everyone else — white people, police officers, Christians, unborn babies, etc. — can go to Hell and die. This is the new mantra of the intolerant, racist Left and the evil corporations that spew their anti-human hatred.

Meanwhile, fake president Biden wants to pay small businesses to send employees home on sick leave after they suffer vaccine reactions, yet anyone who says vaccines cause reactions is censored. The insanity never ends…