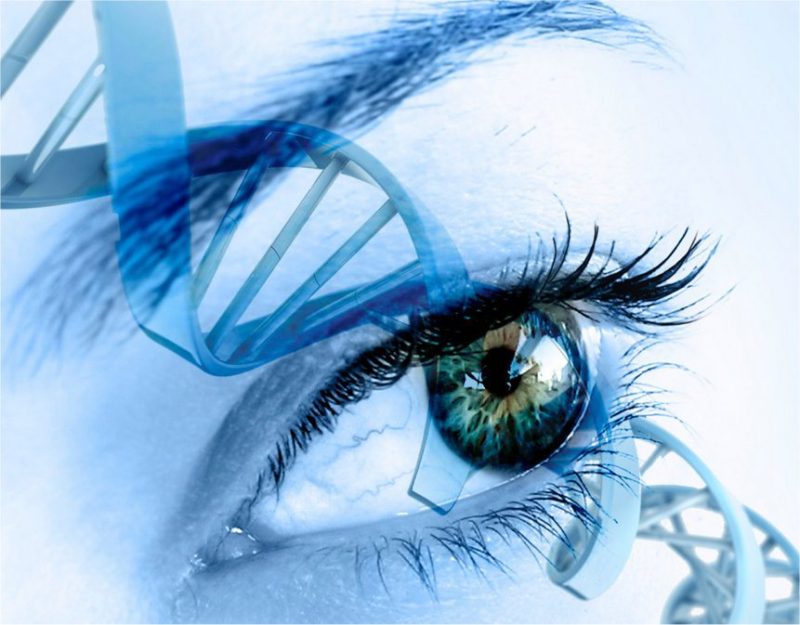 HJ:  The irony of the title to this article is that science is not really ‘proving’ anything, it is simply offering an explanation for a timeless spiritual truth that exists as a fundamental universal law.  Universal laws such as these operate independently of belief and govern our existence in this reality.  We can either accept this and begin to work in harmony with them or we can choose to disbelieve and hand submit ourselves to the mercy of our own distortion and those of the collective consciousness, which tend to be quite chaotic.  Which will you choose?

Cheer up, think and feel uplifting thoughts: I often give myself these words of advice when I’m feeling ill, worried or out of sorts. I intuitively know this but I love it when science validates what I am feeling inside myself.

Actually, scientific evidence in the last half century clearly shows that your emotions – the good ones and the bad – affect you in multiple ways: health, job performance, relationships and much more. Whether you feel them naturally or intentionally – today I will think and feel only good thoughts – your emotions are kind of like the old adage, “you are what you eat.”

Throughout much of human history, academic scrutiny of emotions was largely the province of philosophers. Historical records abound from the ancient Chinese, Greeks and other cultures with philosophical discussions about human emotions. The nature and meaning of emotions was prominent in the minds and writings of Confucius, Plato, Aristotle, Descartes, St. Thomas Aquinas and Machiavelli among others.

It was not until the 19th century … that substantial written empirical analyses of emotions began to emerge, when noteworthy figures such as Darwin and Freud took more scientific approaches.

After being within the domain of philosophers for thousands of years, emotions are now closely scrutinized in 21st century research laboratories, where scientists can actually observe their effects on human DNA.

‘Intention’ Shown to Be Potent Force

Here are some fascinating findings from research that HeartMath uncovered.

Cell biologist Glen Rein … and IHM Research Director Rollin McCraty conducted a series of experiments in the early 1990s involving DNA and intentionally generated emotions. A decade later interest in these experiments persisted. After numerous requests, McCraty summarized their data and published the results of the research in 2003 in a brief report titled Modulation of DNA Conformation by Heart-Focused Intention.

“The results provide experimental evidence to support the hypothesis that aspects of the DNA molecule can be altered through intentionality,” Rein and McCraty wrote. “To our knowledge, this study was the first to correlate specific electrophysiological modes with the ability to cause changes in a biological target (DNA) external from the body. The data indicate that when individuals are in a heart-focused, loving state and in a more coherent mode of physiological functioning, they have a greater ability to alter the conformation (shape or structure) of DNA.”

Participants in the experiments … included a test group of individuals trained and experienced in HeartMath’s heart coherence-building techniques and a control group who were not. Each test group participant held a DNA sample in a test tube and was directed to use three different methods – one at a time in separate trials – to make a sample wind or unwind. Each control group participant only focused on achieving the same result using one method.

It is important to note that the purpose of training test group participants in HeartMath techniques was so they could generate high states of coherence, which the researchers believed would be key to proving their hypothesis: Heart-focused intention can change the conformation of a closely controlled DNA sample in a test tube. Coherence is a state marked by more ordered, or coherent interactions between the body’s various systems, including more ordered heart rhythms.
Following are the methods each group used to try to affect DNA samples:

“Individuals capable of generating high ratios of heart coherence … were able to alter DNA conformation according to their intention,” Rein and McCraty found. Generally, participants with the highest levels of coherence affected the samples the most.

“Control group participants showed low ratios of heart coherence and were unable to intentionally alter the conformation of DNA. It is important to note that both the intention to cause a change and heart coherence were important variables in the outcomes of the experiments.”
Nonlocal studies … In their report, Rein and McCraty addressed the issue of whether test subjects’ physical proximity to DNA samples – they did, after all, hold the test tubes in their hands during the experiments – could cause them to change in any way. The issue was whether the energy from the electromagnetic field generated by the human heart could make changes to the DNA samples.

“A number of nonlocal studies in which people hold an intention to affect a biological system over longer distances have also revealed dramatic effects,” Rein and McCraty wrote. “In these studies the distance between the targets and the people holding the intention are well beyond the range at which conventional electromagnetic fields could conceivably mediate the effect.”

They cited one of the nonlocal studies they conducted in which an individual was 0.5 miles away from a DNA sample. “In this example, the intention was to increase the winding of the DNA. … Results from a series of five nonlocal trials (including the 0.5-mile test) demonstrated a significant change in DNA conformation.”

The results of Rein and McCraty’s experiments … raises some interesting possibilities, which they discuss in their report.

“While the DNA utilized in this experiment was derived from an exogenous (external) source, it is likely that an individual’s own DNA would be more ‘tuned’ or resonant, and therefore even more responsive, to that person’s intentions,” they said. “Thus, though clearly in need of further testing, it is conceivable that individuals could influence their own DNA through a top-down process such as that described … potentially producing effects of even greater magnitude than those observed in this study.”

Following are other potential implications from these experiments. The authors note that they require further research:

So, when I find myself feeling mildly anxious or my thoughts are headed towards a downward spiral, I quickly …

Shift my attention to the area of my heart. Imagine my breath passing in and out through my heart area or the center of my chest as I slowly inhale and exhale. I breathe in an attitude of calm and balance as if I were taking in an emotional tonic that takes off the rough edges. I also try breathing in a feeling of gratitude or compassion – or whatever attitude I find most soothing. As I shift into the positive feeling, I notice when I feel the release. I often feel genuine appreciation for the former uncomfortable physical sensations being replaced by the comforting ones.