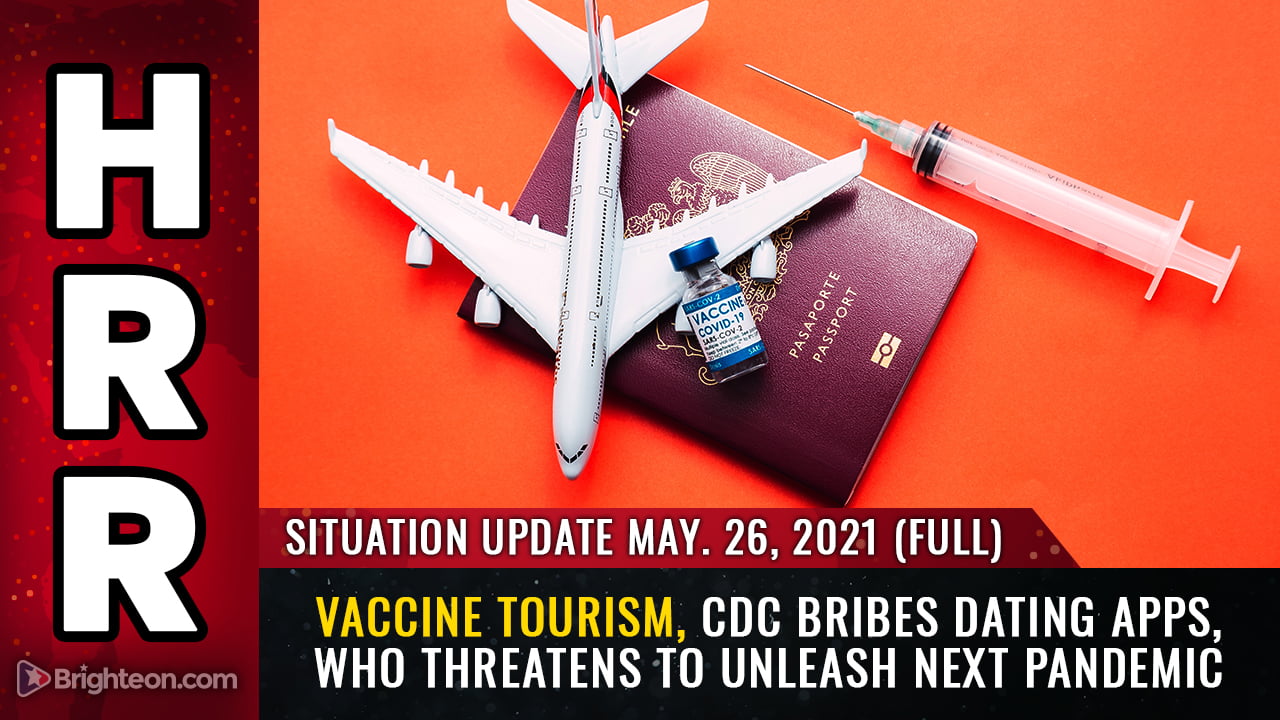 Today’s podcast covers “vaccine tourism” where people from Mexico and even Taiwan — which is its own country, not a territory of China — are flocking to the United States to get free death shots that are misleadingly labeled “vaccines.” Many people in Taiwan, Mexico and other countries have been brainwashed into thinking America’s vaccines are somehow better, not realizing that even in America, the vaccines are engineered as depopulation weapons to exterminate the human race through infertility and spike protein deaths.

Thus, the very people who think they’re picking up “freebies” from America are about to find out they’re dead wrong. Literally.

At the same time, the CDC is bribing nine dating apps, using part of its $1 billion propaganda slush fund to push vaccine brainwashing onto the public. So now, dating apps are allowing vaccinated individuals to show special vaccine badges, as if someone being old, fat and saggy will suddenly be more attractive if they’re shedding spike protein. (“Oooh, baby, that vaccine badge is so hot! Wanna bump and grind some spike protein?”)

Japan is targeting the elderly with covid vaccines because they need to exterminate a few million of them in order to keep their own government solvent and end social benefits to the elderly. So they’re pushing hard to get covid bioweapons injected into everyone 65 and older.

Brain-dead Biden and war criminal Fauci have teamed up with a cringe-worthy transsexual “glam” model to push yet more covid vaccines, as if videos featuring creepy LGBT morons are somehow going to instantly make people love the idea of being injected with experimental vaccines. Then again, anyone dumb enough to think men can get pregnant and women have a penis is probably also dumb enough to take the vaccine death shot, too. So it’s only fitting. (Would a “lipstick on a pig” comment be out of line here?)

And in Canada, creepy vaccine predators are now ensnaring young children into getting vaccinated by offering them free ice cream. This is apparently allowed under Canadian law, which says parents have no role in parenting, and children are the property of the state. If you thought the ice cream trucks cruising down child-filled neighborhood streets were creepy, the government of Canada just upped the ante on child predators. Soon, Canadian government child predators will be chasing young kids down the street with a syringe in one hand and an ice cream scoop in the other, screaming, “It’s yummy! Don’t you want some ice cream, little boy?”