Major developments have been taking place behind the scenes recently as both the British Royals and the P3 Freemasons have declared war against the Rothschild family and the Swiss-based Octagon group, MI6 and P3 sources say.

The liberation of the Jewish people being held hostage in Israel is also underway, Mossad sources say.  When the dust settles this will completely change the UN, the IMF, the World Bank, and even the ruling hierarchy of monotheism itself.

That is why Queen Elizabeth told reporters to “take a picture and make history” when she met her cousin Angela Hitler (Merkel) on July 2nd, MI6 sources say.  They explain that Merkel’s iconic hand sign of a triangle is a sign to insiders that she is a member of the Saxe-Couborg Gotha clan. https://en.wikipedia.org/wiki/House_of_Saxe-Coburg_and_Gotha 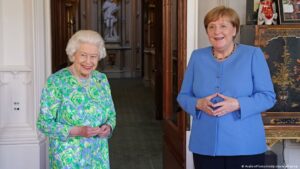 The fact the Queen refused to make the sign signaled the British Royals had broken with their German cousins and would no longer obey their Swiss-based leadership, MI6 explains. https://www.dw.com/en/germanys-angela-merkel-makes-last-official-visit-to-uk-as-it-happened/a-58133003

This means for the first time in about 200 years, the UK is free from Rothschild family rule.  That is because the Rothschild family has been intimately intertwined with the Saxe-Couborg Gotha Royals since before the Napoleonic wars.  The founder of the Rothschild banking clan, Mayer Amschel Rothschild got his big break by lending money to support Saxe-Couborg Gotha wars.  His son Nathaniel famously took over the Bank of England via clever insider trading based on knowledge Napoleon had lost the battle of Waterloo.

This may seem like ancient history, but it intimately affects the fake pandemic and vaccine campaign going on right now.

Here is a bit more necessary background.  Queen Victoria’s mother was a Saxe-Couborg Gotha and she married her first cousin Albert, another member of this clan.  Both Merkel and Queen Elizabeth are descendants of Queen Victoria and so is Hillary Clinton.

Many other members of this bloodline are in positions of power throughout the West.  For example, Mossad sent us proof last week that Klaus Schwab, head of the Davos World Economic Forum, is a member of the Rothschild family. http://www.juedisches-leben-frankfurt.de/en/home/biographies-and-encounters/biographies-s/family-schwab.html 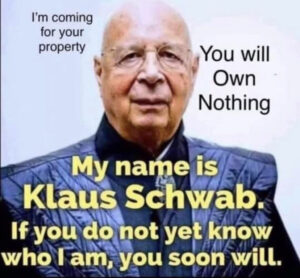 Schwab, remember, is the proponent of the “great reset,” totalitarian take-over plan.  Hitlery Clinton for her part is behind the fake U.S. Biden administration that is going door to door to try to vaccinate everybody with vaccines designed to permanently enslave humanity.

These people are powerful enough to remove Pope Francis and replace him with a rubber mask-wearing impostor who says all humans need to be vaccinated. https://www.reuters.com/world/europe/pope-francis-appears-public-first-time-since-surgery-2021-07-11/?utm_source=reddit.com

However, they have only managed to completely vaccinate 11.9% of the more than 7.8 billion people on earth, mainly in Western countries.  This means the Khazarian Mafia’s last-ditch attempt to use enslaving vaccinations to stay in power has failed.

I received a message from Africa that leaders haven’t forgotten HIV and are aware of the current Covid-19 bioweapon eugenics program.  Even after 4 prominent leaders who defied the WHO were murdered others remain defiant. 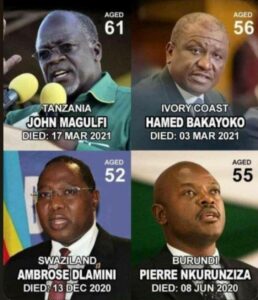 Furthermore, now that the P3 Freemasons behind the Vatican know their “Pope” has been replaced by an impostor, they have created an alliance even more powerful than the Octagon group in Switzerland.

Russia, China, NATO, and the Pentagon to start a new Nuremberg War Crimes Tribunal against the vaccinators.  When asked about the Pentagon they said “Yes, don’t worry; villa Farnese.” These are the controllers of the Military-Industrial Complex.  MI6 explains:

“The world is in an undeclared state of war now.  Legal and forensic evidence has established the fact that an experimental medical device is being used in a state of war.  We have advised the British Armed Forces to pivot to Military Martial Law to counter the illegal at international law medical martial law.  We would fully support a Nuremberg trial on the vaccine stuff.”

It is now certain the Rothschild/Rockefeller Khazarian Mafia group will have their control of the world’s central banks and the fortune 500 companies taken away from them.

What is yet to be determined is exactly what will replace their rule.  However, the following Nesara/Gesara proposals give a hint as to what to expect:

These U.S.-based proposals will be a central point of negotiations with the dragon family due to start this autumn, Asian secret society sources say.  A key point will be the establishment of a new meritocratic and transparently run organization to make sure the trillions of dollars released for humanitarian purposes are used wisely.

In any case, these secret negotiations have already resulted in very visible changes in the world.  This is especially true of the U.S. military who are openly ending their support for Khazarian Mafia wars.  The sudden withdrawal of U.S. troops from Afghanistan last week was the most obvious.  The Taliban now claim to control 85% of Afghanistan. https://www.forbes.com/sites/siladityaray/2021/07/09/taliban-tells-moscow-it-now-controls-85-of-afghanistan-as-us-troops-prepare-to-exit/?utm_campaign=forbes&utm_source=twitter&utm_medium=social&utm_term=Gordie&sh=5d51f20b4450

This is just the tip of the iceberg.

The U.S. has also recently dismantled three huge logistics bases in Qatar.  There, 27 warehouses storing tanks, armored personnel carriers, and other equipment were stored in this forward staging post in Qatar for U.S. supplies across the Middle East, and as a reserve stock in case hostilities erupted with Iran.  This shows they are no longer planning to wage war on Iran on behalf of Israel.

There are also signs that some sort of regime change has happened in Saudi Arabia.  For example, a worldwide freeze has been placed on the assets of Saad Aljabri, a former spymaster who long worked directly with “at least the CIA, FBI, Department of Homeland Security, White House, Department of State, and Department of the Treasury” according to former CIA official Philip Mudd. https://www.france24.com/en/live-news/20210711-us-alarmed-as-saudi-lawsuits-threaten-to-expose-secrets

The Mossad linked site Debka offered another hint when it reported:

“The U.S. is deliberately warming ties with Jordan and Egypt as part of President Biden’s plan to turn the Mid-East page on the policies of his predecessor Donald Trump, which hinged on the Abraham Accords between the Gulf emirates, Saudi Arabia and Israel.” https://www.debka.com/bennetts-trip-to-amman-fits-bidens-plan-for-a-jordan-egypt-israel-axis/

Translation: Israel has lost control of the gulf oil states and is now begging Jordan and Egypt for protection.

In what is almost certainly a related development, a mysterious huge blast shook buildings across the entire UAE city of Dubai.  Initial reports talked about an oil tanker being destroyed and photos showed an extensive out-of-control blaze at Jebel Ali – the city’s large commercial port.

This blaze came the day after a senior UAE oil official announced a split with long-term ally Saudi Arabia over cutting OPEC oil output.  Remember, the UAE was the gulf state that was most publicly aligned with Israel.

The corporate propaganda media is trying to spin the withdrawal of U.S. military support for Israel as being due to a pivot to China.

However, the reality is the troops are most needed back in the U.S. to deal with the degenerating security situation there.  For example in Arizona a grassroots-led campaign to force a recount of votes has led to threats being made against the children of the people behind the recount, Pentagon sources in Arizona say.

In the corporate propaganda media, this is being reported as the Arizona Senate calling for a third vote recount in order to keep the fake Biden regime in power.

There is also an ongoing breakdown in civil order.  This was seen most recently as looters brazenly attacked a Neiman Marcus department store in broad daylight in California.  https://www.washingtonexaminer.com/news/san-francisco-looters-neiman-marcus-california

Rampant shoplifting in that state is also forcing chain stores like Target and Walgreens to either shut down or restrict opening hours. https://www.fox5ny.com/news/target-walgreens-close-early-due-to-thefts-in-california-stores

There is also an undeclared general strike going on as a growing amount of Americans are refusing to work at low-paying jobs, especially in the hospitality industry. https://news.yahoo.com/third-former-hospitality-workers-wont-121242171.html

The accelerating inflation is yet another sign of regime breakdown in the U.S. https://www.zerohedge.com/economics/grocery-stores-are-masking-price-hikes-shrinkflation

Hopefully, the U.S. military, the last institution trusted by the American citizenry, will get off its heavy butt and start taking control.  On this end, we are getting multiple, reliable reports the U.S. military is busy arresting Khazarian Mafia henchmen and trying them in Washington DC before either hanging them or taking them to prison complexes in Guantanamo and at the Thule airbase in Greenland.  A hot summer awaits.