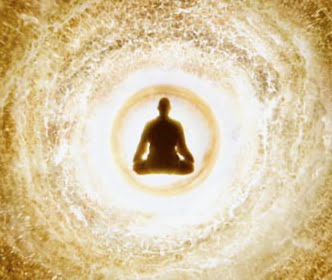 I incarnated somewhat unusually via what’s termed a ‘Soul Exchange’ or more commonly referred to as a ‘walk-in’. It’s where two souls exchange places, within a fully fledged human being, by sacred agreement. It frequently happens during a near death experience (but isn’t limited to that). What is the nature of this and why does it happen? I believe more souls than one might imagine have incarnated this way, and it can be extremely challenging to understand and integrate, which is why I feel to bring light to it. My purpose is to support and help. Perhaps it happened to you and you have a particular mission here to fulfill…

In some ways, everyone is a ‘Soul Exchange’

I should begin by saying to those of skeptical mind about the process, consider that in some ways, ALL souls are ‘walk-ins’, it’s just that most walked in between conception and birth. Your mother ‘grew’ your vehicle for you, and animated it with her own soul, until sometime before birth, handed it over to you, and at birth, withdrew her own soul. So it might be said, that the process of giving birth itself, is a Soul Exchange.

However, what I’m specifically referring to in this exploration, is where the Soul Exchange happens in an already mature being.

A true Soul Exchange often happens during a near death experience (which happened for me). It is crucially important to say, this is in no way a possession. For a particular reason the incarnated soul has a yearning, and is ready to move on, into a different dimension or experience of being. And for the incarnating soul, it will usually have a particular reason for being here. Usually this allied yearning would draw the souls together, by the Law of Attraction, well before the exchange actually takes place. The incarnating soul might be the other’s higher dimensional guide or guardian for example. And so it is highly likely there will have been quite some interdimensional connection before the exchange actually takes place.

In my experience, the other soul had fulfilled what ‘he’ (*) felt ‘he’ was meant to do in this incarnation, had seen powerful visions of the New Paradigm in the Fifth Density, and was ready to move to that place – ‘his’ soul strongly let go of ‘his’ incarnation. For me, it felt like there was an important job to do here, and so since an opportunity became available, I chose to incarnate. (* I put the gender in quotes, because strictly speaking, a soul is genderless).

Why would a soul choose to exchange into a fully mature human vehicle?

Why do Soul Exchanges happen?

If a soul is already reasonably evolved, incarnating into this place as a baby can be pretty dangerous. The light of the soul begins to emerge at an early age, which can single that person out in a judgmental, misunderstanding and often quite brutal world. It’s not uncommon that when people have powerful Kundalini Activation for example, it is misunderstood by the health services and ‘corrective medication’ prescribed, leading to all manner of psychological and spiritual trauma. It can be especially difficult if this were to happen in a young child. Also if the incarnating soul already has a clear knowing of their purpose here, or a particularly defined mission, then the Law of Attraction might draw that soul to an already mature and accomplished being. It means you can get straight on with your purpose. It’s like ‘hitting the ground running’. It is important to say, it’s not so much a conscious choice or ‘contract’ to do this or that. The Law of Attraction draws compatible souls together like a magnet, and given the right circumstances and situation, souls could exchange places. So you could call it a ‘sacred agreement’ because it only happens by total acceptance between souls. But it is not prearranged – not pre-meditated.

How to know if a Soul Exchange has taken place

I would say Soul Exchange is more common than one might think. There are probably at least tens of thousands of Soul Exchanges here on earth right now, who’ve incarnated to assist in very dense and difficult times. Many will understand the nature of The Interdimensional Intervention that has happened here, and be very skilled in helping the energies unravel. However, not many will likely remember, or know, they are a Soul Exchange. Why not? 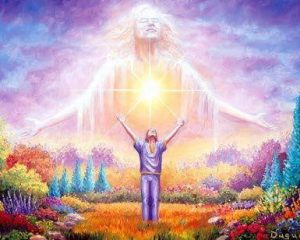 Just as soon as you incarnate, you take on the landscape of the person you incarnated into. You take on all their thoughts, emotions and memories (although not their karma, which stays with the original soul). It’s like your consciousness animates previous memories and ideas, which can strongly feel as if they were your own. However, this previous history won’t feel completely right to a Soul Exchange. They’ll feel somehow strangely distanced from it. The personality will likely change quite strongly, and the soul exchange will likely feel quite distanced from biological family, which has happened for me.

This can make it extremely challenging for the Soul Exchange (and the family). You might feel to pull away, to express differently (to realign authentically) and you’ll be aware of the pain to others this might cause. Yet you still feel you have no choice, but to be you and to express you. During the Soul Exchange process, I can recall many instances where I felt to be existing in two different places at once – an incredibly peculiar experience. It could be easily diagnosed as split personality, multiple personality or bipolar disorder. But Soul Exchange is not nearly the same.

The other conditions described usually happen where one soul fragments into different personality identity filters – but usually, only one personality is expressing in any one moment. For a Soul Exchange – as the exchange is happening – they will literally feel two streams of consciousness passing through body and mind simultaneously. You feel as though you are in two different places at once – which is actually the case: one soul may be acting predominantly in the lower dimensions, the other overlapping, but mainly in the higher dimensions.

Soul Exchange doesn’t necessarily have to happen in a instant. For me, the transition actually took several years to complete. The initial exchange began during a life-threatening car crash, but the other soul lingered for some considerable time – during which, there were plenty of ‘multiple place’ experiences. If this happens, it’s quite a head spin to integrate!

The general indications that Soul Exchange may have happened to you are:

How to Integrate a Soul Exchange

The greatest challenge of a Soul Exchange, is being drawn into the life of the former being, taking on their personality and thus being limited by the old landscape – the old consciousness. If you become aware that this may have happened to you, then gaining distance in your own space is paramount. It’s vitally important that you create the breathing space to be you. This might mean creating a sacred space in another part of the house, or in many cases, taking up an entirely new living space altogether.

You have to work to leave the old consciousness behind. To infuse your new soul vibration through your being. Then you can transform the personality vehicle to be more aligned with your authentic beingness.

It will become vitally important that you begin to associate with those people who resonate more on your vibration – those who help remind you of who you really are, in a feeling sense. If you become clear that you are a Soul Exchange, it’s important to let go of the past, to let go of the old landscape. You may feel to change your name for example, to one which is more commensurate with your core vibration. I found changing from when I celebrate my birthday to that of my incarnation date particularly important. It may sound to some insignificant, but it is a ceremony, and as such, it contains energy. It’s making a statement. It’s now time to celebrate the new you, and to live that.

If you recognise yourself as a Soul Exchange, it’s time to step out and express – to be fully you. No matter what others might think or say. It does not serve you to be small – to be apologetic for your unusual circumstances.

You’ll likely be pretty clear about why you’re here and what you have to do. You may be a maverick, a pathfinder or a way-shower. Your mission might seem way ‘out-there’, off the landscape of the ordinary, too-far-out to be generally accepted. It doesn’t matter. You have an important purpose to fulfill and the world needs you to express it. So don’t hide your light under a bushel! You might understandably be reticent about who you share this inner most truth with, but nevertheless, it doesn’t have to stop you being you and expressing yourself. In this Immaculate 5D Earth Shift taking place, the world needs you and your energy right now.

About Openhand: Openhand is a unique approach to spiritual evolution. Integrating enlightened wisdom of spiritual masters through the ages, it is a way of aligning with the Benevolent Guiding Consciousness of the Universe in your life. It helps you remove karmic blockages to unveil your Cosmic Self and unfold your Divine Destiny. It leads to authentic and alchemical living in the Earth’s Higher Dimensional Shift.
Join us…Openhandweb, Openhand FB, Openhand YouTube

¡Victory of the Light!