Mississippi eighth grader dies of COVID a day after testing positive for the virus: State’s governor says disease is no worse than ‘the sniffles’ for most infected children

By Alastair Talbot For Dailymail.Com

A Mississippi eighth-grader died who was killed by COVID-19 on Saturday – just a day after she tested positive for the virus – has been identified by her school.

Described as the ‘perfect student,’ Mkayla Robinson attended classes at Raleigh Junior High School most of last week, including on Wednesday, before reportedly testing positive for COVID-19 on Friday, according to multiple sources.

A social media post indicated her health started to quickly decline after she started having trouble breathing Saturday morning and died on the way to the hospital, but this could not be verified.

Mkayla died the day after Mississippi Governor Tate Reeves sought to downplay the severity of the virus among children, saying most would only suffer an illness akin to ‘the sniffles.’

Mkayla’s vaccination status is yet to be known, and it also remains unclear if she has any underlying health conditions which could have worsened her COVID infection. She is survived by her military mother, Mykel Robinson and her younger brother, MJ.

The school’s band group, which Robinson was a part of, announced her death on social media.

‘It is with great sadness, and a broken heart, that I announce the passing of one of my 8th-grade band students,’ school officials wrote.

The death came weeks after the school’s former band director and his wife also died of COVID-19, according to local news site magnoliastatelive.com

Local resident Rita Windham also paid tribute to Mkayla on Facebook, writing: ‘Please say a little prayer for our 8th graders at Raleigh JR.High and the family of Makayla Robinson.

‘They are asking for the everyone at the high school and Jr high to wear purple Monday in remembrance of her but I say the elementary should join in as well and let’s paint Raleigh purple.’ 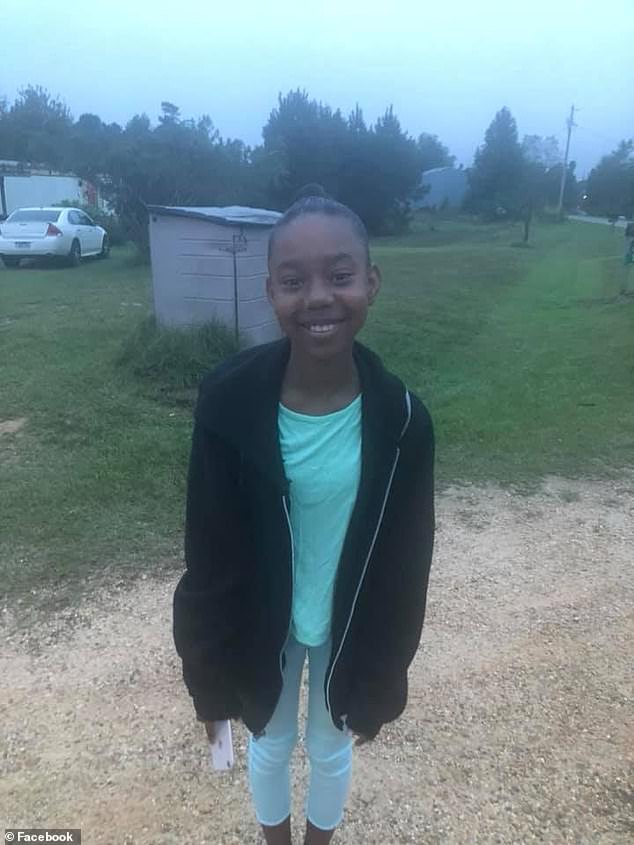 Described as a ‘perfect student’, Mkayla Robinson was a band member at Raleigh Junior High School

Classes began in the Smith County School District, where she attended school, on August 6. Unlike last year when Gov. Tate Reeves mandated masks in all public schools, the district decided in June that it would ‘allow’ students and educators to bring face masks to school but would not require them.

‘After much consideration for the welfare of our children, Smith County Schools will require all personnel and students to wear a mask,’ the district announced on August 10.

Robinson’s passing came the morning after a press conference on Friday in which Gov. Tate Reeves reiterated that, unlike last year, he will not mandate masks in schools this fall.

‘I don’t have any intention of issuing a statewide mask mandate for any category of Mississippians at this time. I don’t know how I can say that differently other than the way I’ve said it repeatedly for a number of days and weeks and months,’  Reeves said in response to a question from Associated Press reporter Emily Wagster Pettus.

The governor who frequently calls himself ‘a numbers guy’ then struggled to recall how many children have died in Mississippi since the pandemic arrived.

‘Does it happen from time to time? Sure it does. I believe we have had one fatality of an individual, maybe it could’ve been two—I think there’s three under the age of 18 at this time? Two?’ 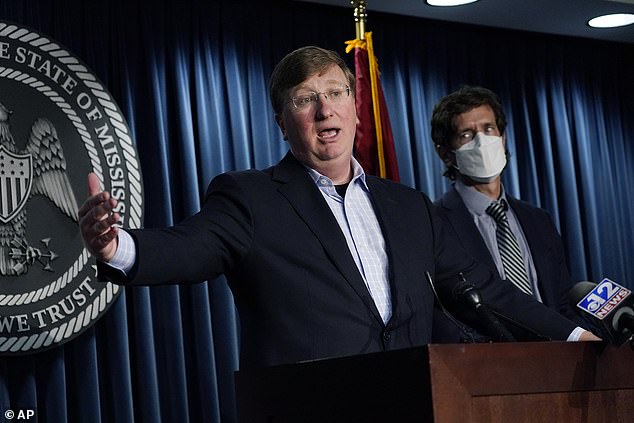 The governor looked behind him at Mississippi State Health Officer Dr. Thomas Dobbs, who held up four fingers.

‘Four so far and one this summer,’ Dobbs told Reeves. That figure, of course, did not include Robinson who passed away on Saturday

A Pearl County High School teen died of the virus in late July, several days before classes began. The nearby Pearl River County School District, which began with no mask mandates, announced earlier this week that classes would go all virtual amid widespread outbreaks.

‘So for those under the age of 12 who are not currently eligible for the vaccine, it is highly unusual for there to be any significant effects,’ Gov. Reeves said on Friday.

‘Also,’ Reeves added, ‘if the school district will not agree with the opinion of that particular individual, and he or she is worried about their kid that’s under the age of 12 going to school, they certainly have the option of encouraging their kid to wear a mask in the classroom and to protect themselves if they believe that will have a significant impact on protecting their kid in the classroom.

‘I have confidence that all of the schools in Mississippi are taking all of the local factors into account.’

Minutes before the governor made that pronouncement, however, Dr. Dobbs stood at the podium and urged masking in schools.

‘We do know kids in a structured setting with masks on is the right thing to do to keep kids in schools longer,’ the state health officer said. 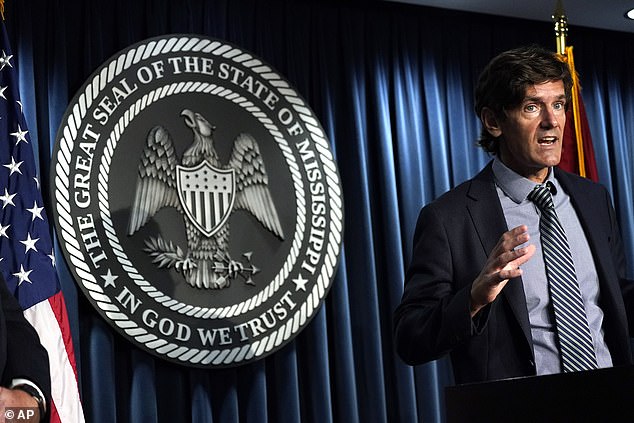 Mississippi State Health Officer Dr. Thomas Dobbs didn’t agree had different opinion from the state’s governor on children wearing masks in schools, saying ‘we do know kids in a structured setting with masks on is the right thing to do to keep kids in schools longer.’

The current delta variant has driven the pandemic to new heights while affecting younger Mississippians over past mutations.

The state’s only pediatric hospital, the Children’s of Mississippi, announced earlier this week that it is at full capacity, including with children in pediatric ICU beds and on ventilators for life support.

Dr. Dobbs said yesterday that while most children recover from COVID-19, about 5% deal with long-term complications and health issues from ‘long COVID,’ the most common symptom of which is extreme fatigue.

Statewide, only 12% of children ages 12-15 are vaccinated. Children younger than 12 are not currently eligible for any of the currently available vaccines. 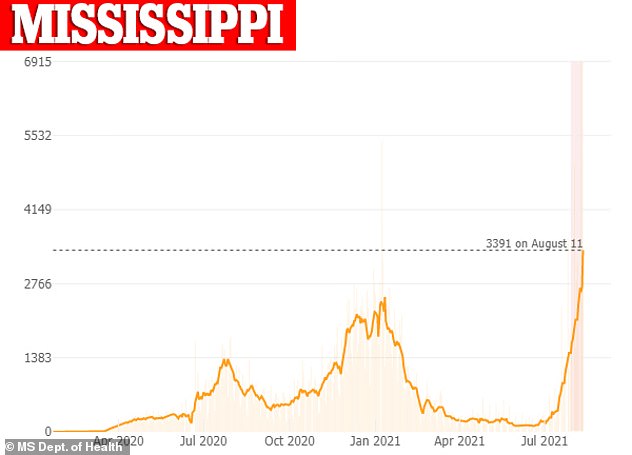