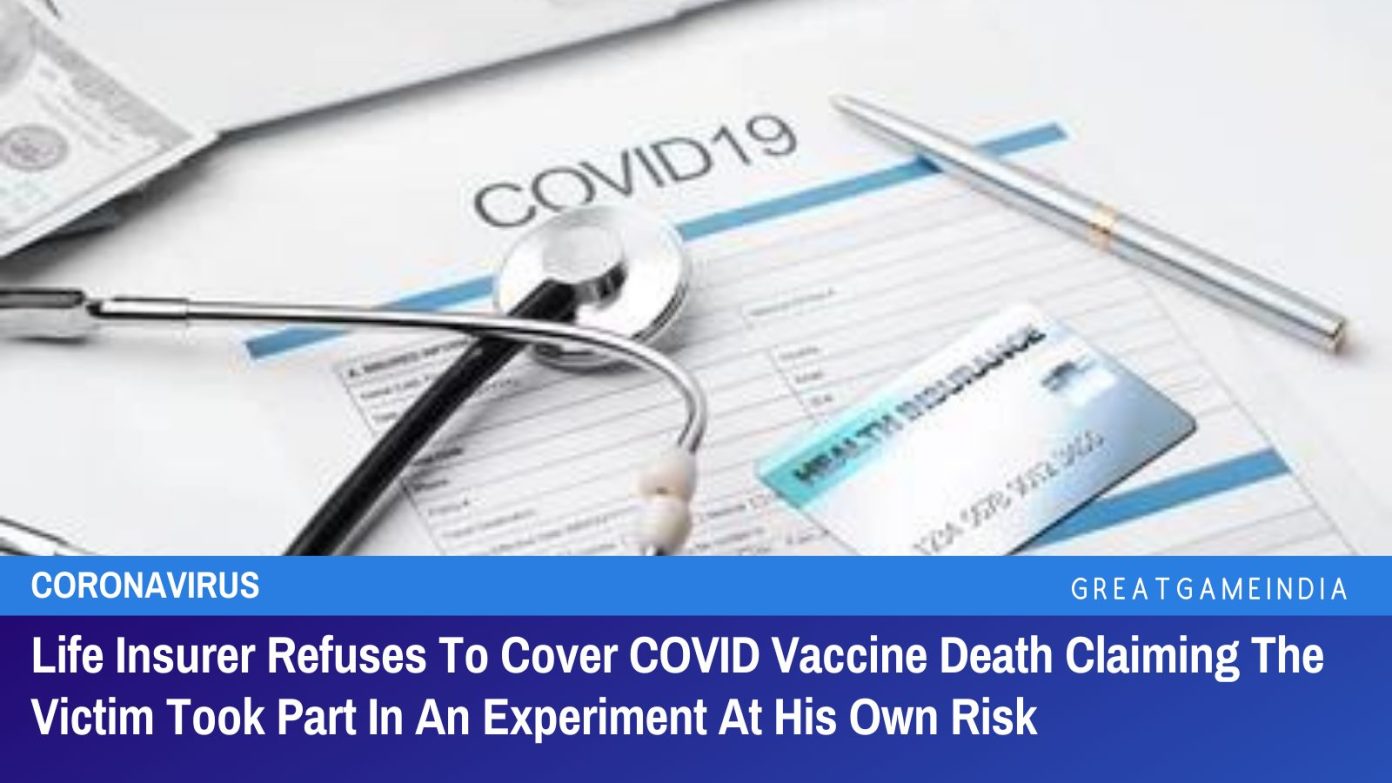 Despite the fact that vaccination was recognized as the reason of mortality by doctors and insurance companies, the life insurer has refused to cover COVID vaccine death claiming that the victim, a rich entrepreneur took part in an experiment at his own risk. An experimental vaccine that results in fatality, according to the corporation, is equivalent to suicide.

The reason for this is that the complications of the Corona injections are well recognized and widely publicized. They contend that the deceased participated in an experiment at his own risk. Covid-19 is not considered a “critical illness” in and of itself.

An experimental vaccine that results in fatality, according to the corporation, is equivalent to suicide

The insurance provider explained its objection to compensate the family by noting that the consumption of experimental medications or therapies, such as Corona shots, is specifically prohibited by the insurance policy. Following that, the family filed a case against the insurance company, which was unfruitful.

The following is supposedly how the court rationalized its decision: “The side effects of the experimental vaccine are published and the deceased could not claim to have known nothing about it when he voluntarily took the vaccine. There is no law or mandate in France that compelled him to be vaccinated. Hence his death is essentially suicide.” The insurance company declines to compromise because suicide isn’t really insured by the contract from the start.

Scandalous verdict: taking a life-threatening risk is considered suicide under the law

“The court recognizes the classification of the insurer who, in view of the announced side effects, including death, legally regards participation in the phase three experiment, whose proven harmlessness is not given, as voluntarily taking a fatal risk that is not covered by the contract and legally recognized as suicide. The family has appealed. However, the insurer’s defense is recognized as well-founded and contractually justified, as this publicly known fatal risk is legally considered suicide, since the customer has been notified and has agreed to voluntarily take the risk of death without being obliged or compelled to do so.”

It’s no surprise that the mainstream media is deafeningly silent

The major media in France has failed to cover this incident. Carlo Alberto Brusa, the family’s lawyer, shared the case on social media. Regrettably, no references or court documents are provided, thus the report’s legitimacy cannot be validated at this time, despite prior insurer-recognized warnings about the risk linked with the jabs. The American Council of Life Insurers (ACLI) has refuted reports of non-payment in the United States.

Several French anti-vaccine Facebook circles, particularly supportive groups for Brusa and Professor Didier Raoult, have been shut down abruptly and without cause in subsequent months. The latter has been chastised for his views on immunizations, hydroxychloroquine, and his condemnation of Macron’s administration’s mishandling of the pandemic.

The major support organization for Didier Raoult was disbanded at the end of last year before being restored, thanks to a mobilization on social media and a tremendous relaying on alternative media. A teacher support network for Brusa was discontinued on November 27. The group, which was founded in March 2020 and boasted more than 310 000 members, was shut down for sharing Brusa’s complaint about children wearing masks. A “conspiracy” was suspected of being promoted by the Parisian attorney and his organization Réaction-19.

Vaccines are causing headaches for insurers throughout the globe

Actuaries have warned that mounting claims will deplete the funds reserved by insurers to prevent collapse. Because elderly people do not purchase life insurance, the claims have all come from younger clients. Excess deaths are expected to rise, according to insurers.

According to Alex Berenson, based on Canadian research, the likelihood of damage or fatality from the jab is incredibly large.

According to insurance agent Howden, the rejection to compensate for a vaccine-related mortality is not unexpected given that the worldwide life insurance sector was struck with recorded claims of $5.5 billion during first nine months of 2021, compared to $3.5 billion for the entire year of 2020.

Aegon, a Dutch insurer having two-thirds of its operations in the United States, reported $111 million in third-quarter claims, increasing from $31 million the previous year.

Vaccine-related deaths may compel insurers to hike premiums, and several have stated that they want to penalize the unvaccinated for their financial difficulties.