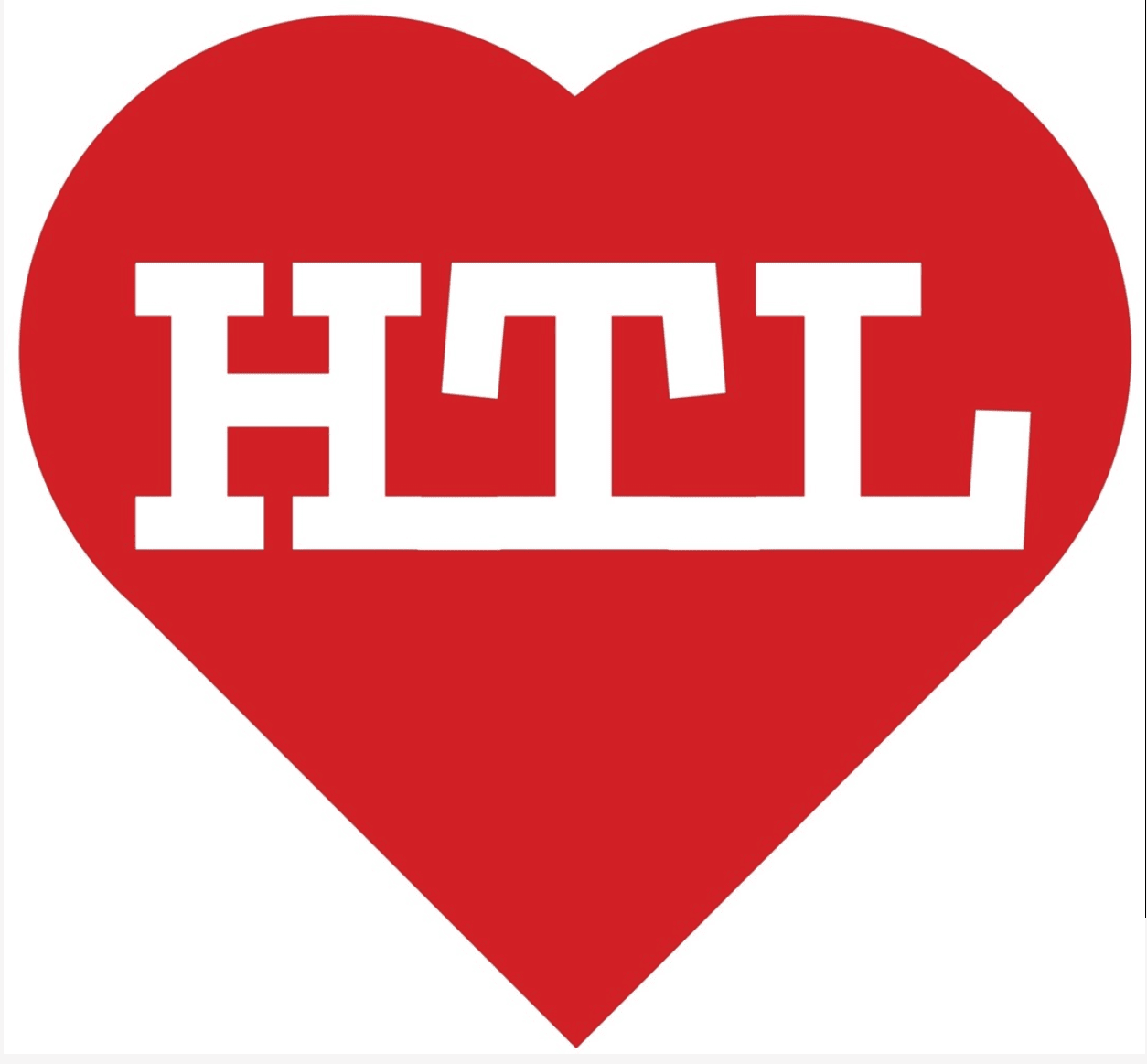 From our friends and supporters at Holding The Line:

Something “mysterious” is going on in Africa that is puzzling scientists, said Wafaa El-Sadr, chair of global health at Columbia University.  “Africa doesn’t have the vaccines and the resources to fight Covid-19 that they have in Europe and the US, but somehow they seem to be doing better,” she told the Associated Press.

“Africa avoids Covid disaster – scientists are mystified and wary,” reads a headline in the New Zealand Herald, over an article that notes that the vaccination rate on the continent is under six percent.

Last June, according to Reuters, the WHO’s top emergency official Mike Ryan told a news conference that while the numbers look good for Africa – slightly over 5 percent of global cases and 2.2 percent of deaths were recorded in the previous week – they are likely underreported.

He concluded: “It’s a trajectory that is very, very concerning.”

Mainstream journalists have largely failed to challenge the prevailing narrative that mass vaccination is the key to ending the pandemic, but a cursory glance at the comparative figures should prompt questions about why Africa has emerged practically unscathed.

Are they missing truths that should be blindingly obvious?

Nineteen of the world’s 20 youngest countries are in Africa – the other is Palestine – with a median age in the teens, compared with over 40 in the West. The median age for all of sub-Saharan Africa was 18.7 in 2020, according to the UN. Might this be a factor in the continent’s vanishingly low Covid death toll, with the exception of South Africa? Even correcting for under-reporting, the numbers are irrefutable: 22 per 100,000 in Africa versus 160 per 100,000 in Europe.

Africans are also low on the world scales of obesity and diabetes, two of the main co-morbidities associated with Covid deaths. A study last year by the National Center for Health Statistics found that only 6 percent of the deaths studied were considered to be from Covid alone.

Obesity generally correlates with prosperity, so it is no surprise that the world’s poorest regions – sub-Saharan Africa and southern Asia – are at the bottom of the world obesity scale, according to the online resource Our World in Data.

Africans are also least affected by diabetes, according to the 2019 Atlas of the International Diabetes Foundation. That year, the prevalence of diabetes in Africa (excluding North Africa) was estimated to be 4.7 percent of people aged 20–79, the lowest incidence of any region. This is half of the global prevalence which was estimated to be 9.3%.

Researchers in November 2021 presented findings from studies in Uganda and Mali at the American Society of Tropical Medicine and Hygiene (ASTMH) suggesting that exposure to malaria could lower the risks posed by Covid.

“We went into this project thinking we would see a higher rate of negative outcomes in people with a history of malaria infections because that’s what was seen in patients co-infected with malaria and Ebola,” said Jane Achan, a co-author of the Uganda study, published in The Lancet.

“We were actually quite surprised to see the opposite — that malaria may have a protective effect,” Achan, a senior research adviser at the Malaria Consortium, told the ASTMH’s annual meeting.

To conduct a meaningful study into the clinical interactions between SARS-CoV-2 and malaria, the researchers understandably chose a region with relatively high malaria exposure. One might also assume that a region with high exposure to malaria would correlate with prophylactic use of anti-malarial medications such as chloroquine and hydroxychloroquine (HCQ).

What is known is that by April 2020 early HCQ adopters around the world were experiencing dramatic success in the early treatment of Covid using HCQ-based combination treatments. In May 2020, Dr Harvey Risch, Professor of Epidemiology at Yale University and an illustrious world authority on the analysis of aggregate clinical data, published the most comprehensive study to date on HCQ’s efficacy against Covid. His meta-analysis concluded that the evidence is unequivocal for early and safe use of HCQ[1].

Perhaps not so well known is Big Pharma’s war on HCQ to eliminate it as an alternative treatment to vaccines, thus protecting the Covid vaccines’ emergency use authorisation[2]. The widespread use for decades of chloroquine and HCQ, both safe and cheap off-patent drugs, to treat malaria in Africa is the elephant in the room of Western scientific puzzlement over Africa’s relative success with Covid.

Interestingly, the drugs.com website (slogan: “Know More. Be Sure.”) lists both chloroquine and HCQ among treatments for malaria, but gives no rating for HCQ.

Africa gets infected with the virus of lockdown lunacy

In lockstep with the rest of the world, despite impressively low case numbers, one African government after another imposed lockdowns, depriving millions of their livelihood, as a huge majority of ordinary people work outdoors, living hand to mouth – market vendors and street traders, motorbike taxi drivers, subsistence farmers, and so on. The evidence for the destructiveness of lockdowns can no longer be ignored and their economic cruelty has arguably been most pronounced in Africa.

Some resisted, only to change tack. Tanzania’s late president John Magufuli, who held a PhD in chemistry, encouraged people to continue as normal, sparking widespread condemnation. He had secretly sent samples of engine oil, goat meat and fruit juice for PCR testing, and they came back positive for Covid.

Reuters wrote, under a headline describing Hassan as a “team player”: “The calm, measured Samia Suluhu Hassan brings a striking change of leadership style as successor to John Magufuli, a brash populist who drew global attention by playing down the threat of the Covid-19 pandemic.”

Africa is being short-changed!

Instead of hailing Africa’s relative success in mitigating Covid, all we hear in the MSM is hand-wringing about its low vaccine uptake. It started early with commentators pointing out that the Pfizer and Moderna vaccines required storage at extremely cold temperatures (minus 80-60 degrees Celsius for Pfizer, and minus 25-15 for Moderna), raising questions about whether the continent has the infrastructure to accommodate this highly unusual requirement.

Then we heard about vaccine hesitancy being one of the reasons why available doses languished beyond their use-by dates. This helped advance a narrative that we have seen elsewhere – for example, in France – that public awareness campaigns would resolve the problem.

Africa still has raw memories of Big Pharma abuses in drug experimentation. For example, Nigerian authorities fought a decades-long legal battle against Pfizer following the death of four local children in the 1990s who had been enrolled in “an illegal trial of an unregistered drug” for meningitis by the drugs firm.

In addition, the rollout has been problematic, with significant doubts raised over the efficacy and safety data of China’s vaccine producers, Sinopharm and Sinovac. An article in the British Medical Journal in April pointed to an absence of phase III trial data.

The groupZimbabwe Lawyers for Human Rights threatened to take the government there to court if it did not conduct clinical trials before offering Sinopharm to the public.

On June 1, the WHO approved the Sinovac vaccine for emergency use, despite an efficacy rate of just 51 percent. The decision cleared the way for Sinopharm to be included in COVAX.

Many African countries that have rolled out vaccines have seen Covid cases and deaths surge afterward – a pattern that has emerged around the world, notably in vaccination champion Israel. In Africa, they include the Seychelles (dubbed “the most vaccinated nation on earth”), Namibia, Zimbabwe, Congo, Angola, Malawi, Kenya and Zambia.

Top of the class

One of the many paradoxes of the global response to Covid is that the continent that was expected to fare the worst has outperformed all other regions.

Two years on, to deny that the virus has spread across Africa and that the continent’s 1.3 billion people have achieved herd immunity is to ignore the basics of epidemiology and the natural history of respiratory viruses. Mass-vaccinating populations with herd immunity is not only unnecessary but could do more harm than good.

Now South Africa, the continent’s hardest-hit nation, has stolen the march on the rest of the world, turning the page on the pandemic. Its Omicron wave was billed by the fearmongers as a tsunami but turned out to be far less severe with ICU admissions 79% lower than their July peak and deaths at 8% of the July peak.

On 16th December, South Africa’s Ministerial Advisory Committee (MAC) on Covid, a similar body to UK’s SAGE, wrote to the South African Health Minister recommending that all contact tracing and self-isolation of contacts for Covid be stopped because it is unnecessary and ineffective.

On December 20, just in time for New Year’s Eve celebrations, a night-time curfew was lifted allowing bars to revert to their normal alcohol permit terms.

Africa has inadvertently led when it was expected to fail. Borrowing from the oratory skills of that famous American president felled before his time, we might intone: “Ask not what Africa can learn from the world but what the world can learn from Africa.”