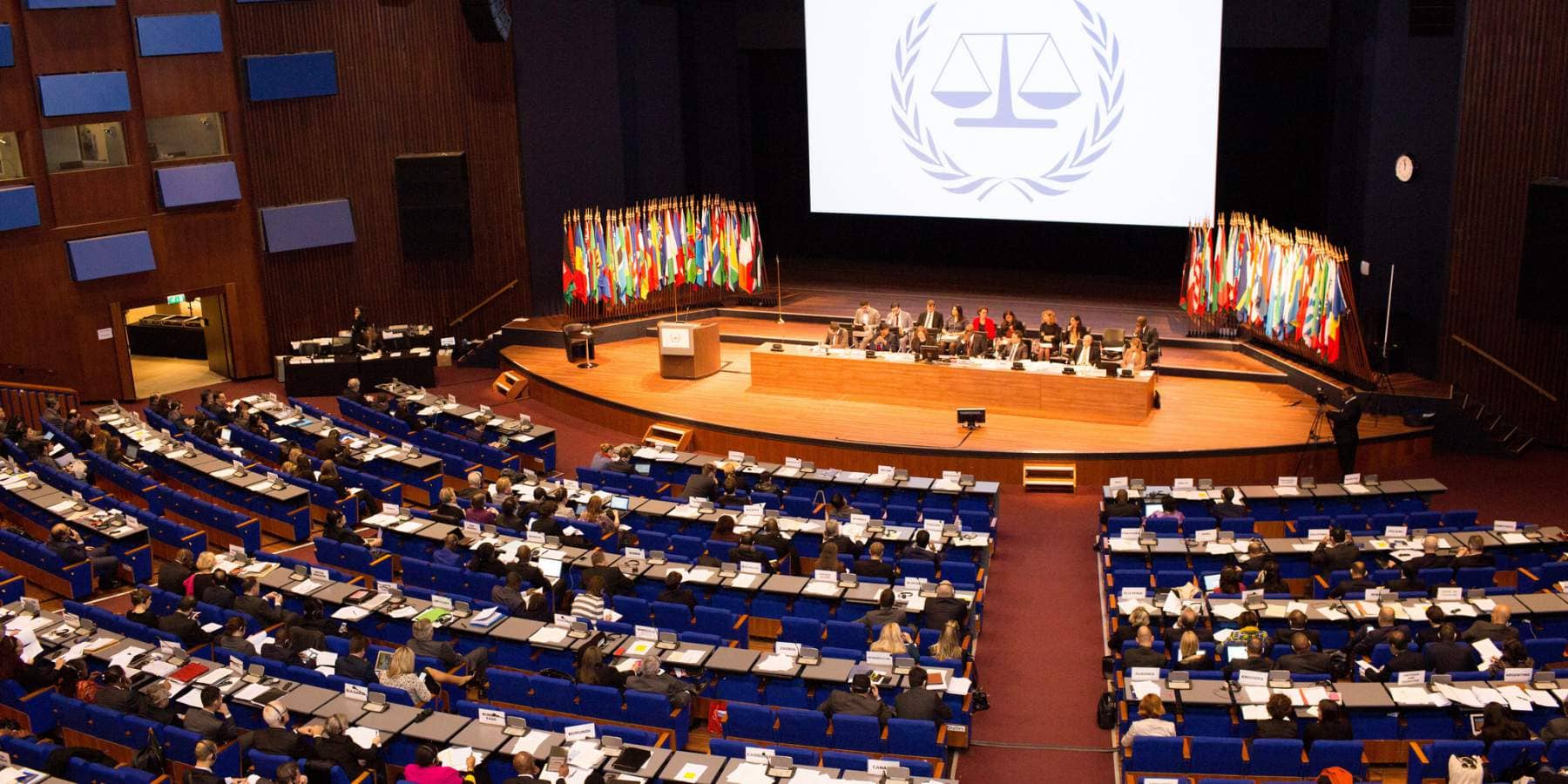 Global Breaking News, January 15, 2022 (GMT) From our friend Kevin Annett as posted in commonlaw.earth (Please be aware that the link to the full article may take several minutes to load depending on your browser). The information has been copied here for your convenience.

This groundbreaking announcement announces the conviction of those involved in global genocide. It gives every man and woman on the planet the authority to seize and destroy any and all Covid-19 paraphenalia. At the same time, we can arrest anyone who is named in the verdict for crimes against Humanity.

The court was convened by five magistrates and a court prosecutor in Vancouver on September 15, 2021. The magistrates participated in the previous two ICLCJ cases. Then and now, their identities are kept anonymous for their own safety, as with the prosecutor, since fifteen of our witnesses have been killed in the course of our three trials. (See the list of names in the Indictment).

Just prior to the court convening in August, I was subjected to chemical attack that severely threatened my life and accounts for the large kidney stone I;m dealing with now, so the threat and danger was real, and required anonymity.

The court ran according to due process and the rules of evidence.; the defendants were legally summoned and given the right to legal counsel, but they failed to. Because of targeting and harassment, the court reconvened at three separate locations and held teleconferences with the main court in Brussels.

The documents and complete evidence will be released over time, but since further cases are being planned against other Pharma companies, protecting witnesses and future litigation will determine how much is released, and when.

Our concern is to stop the criminals, not pander to nay sayers and doubters, or to justify ourselves. The truth and legitimacy of what we do lies in our results, which have been proven in practice by our forcing a pope and three cardinals out of office. That only happened because we were cautious in how we operated in the face of huge and violent adversaries.

Frankly, I’m surprised how people forget who it is we’re taking on: mass murderers, and the biggest corporations on the planet. Do people really expect us to publicly reveal the identities of our leading people? When we did in the past, they died or disappeared.

Thanks for understanding. More to come.
Kevin Annett

The International Court that forced Pope Benedict from office in 2013 has struck a blow against the COVID corporatocracy by convicting top officials of Pfizer, GlaxoSmithKline, China, and the Vatican of Crimes against Humanity.

The Court’s verdict sentences seventy-five individuals to life imprisonment, seizes their assets and disestablishes their corporations, and lawfully prohibits the further manufacture, sale, or use of their COVID vaccines as “products of medical genocide and mass murder”.

After a four-month trial convened under International Law, the judges of the International Common Law Court of Justice (ICLCJ) issued their historic verdict and sentence today, along with Arrest and Expropriation Warrants against the defendants.

According to the Public Affairs Office of the Court,

“This case involves a monstrous, intergenerational crime and its equally massive coverup. The highest officials of Church, State, and Corporations have for years personally sanctioned and profited by the systematic torture, trafficking, and murder of children in deadly drug testing experiments to produce the COVID ‘vaccine’, as part of a Criminal Conspiracy to reduce humanity to slavery. That Conspiracy murders the innocent, traffics in arms, drugs, children, and human organs, and silences or destroys those who threaten to expose it.

“Our Court has put a legal end to that Conspiracy by criminalizing the persons and the corporations responsible, and prohibiting the further sale and use of the COVID ‘vaccines’, which are the product of medical genocide and the mass murder of children.”

The Court’s verdict and sentence casts a wide net over those responsible by tracing the roots of the COVID regime to the planned genocide of indigenous people in Canada by the Vatican and the Crown of England, including in the murderous “Indian residential schools”.

The Court establishes that the public opponents of this genocide, especially Kevin Annett, have been continually targeted for destruction by the convicted defendants, who are responsible for the murder of fifteen activists and several recent attempts on Annett’s life.

“Our warrants empower not only our Sheriffs and deputized police, but people everywhere to enforce the Court’s verdict by arresting the convicted felons, seizing their assets, and halting the sale and use of the genocide-derived COVID ‘vaccines’,” says the Court.

“The killers of children can no longer evade justice using executive or corporate privilege, or by hiding behind the camouflage of contrived public health crises.”

The Court documents are attached to this notice.

An action plan for police and citizen participation in the enforcement of this historic verdict and sentence will be discussed tomorrow, January 16, at www.bbsradio.com/herewestand (at 3 pm pacific, 11 pm GMT).

The Judgment and Warrants of the Court are posted at www.murderbydecree.com under “ITCCS Updates” and www.republicofkanata.ca under “Breaking News”.

Under the auspices of the International Tribunal of Crimes of Church and State (ITCCS) (established under the Law of Nations on June 15, 2010)

The ICLCJ offers the Verdict and Judgement which has already been downloaded 43,603 times as I load this page for you. Download here

The verdict by the International Common Law Court of Justice authorizes every man and woman on the planet to seize and destroy any covid-19 paraphernalia to prevent any further mass murders.

The Court’s verdict sentences seventy-five individuals to life imprisonment, seizes their assets and disestablishes their corporations, and lawfully prohibits the further manufacture, sale, or use of their COVID vaccines as “products of medical genocide and mass murder”.

These Australian Criminals and Traitors are Convicted and may be arrested

The following people have been convicted of various crimes, including Crimes against Humanity, Murder, Fraud, Child Abduction and Abuse, and many more crimes. The documents below are a lawful common law verdict, orders, and notices that can be enacted by anyone in Australia.

These people are now criminals on the run, and they can be arrested by any member of the Commonwealth of Australia:

In addition, this court decision authorises everyone to seize any equipment, paraphernalia, books, and records used to inject the Covid-19 “vaccines”, as well as to arrest those carrying out the injections.

Charge sheets and summons may be downloaded here.

The Arrest Warrant may be downloaded here.

Warrant of Seizure and Expropriation may be downloaded here.

All the above came under the CommonLaw.Earth website and is operated under and in accordance with The Crimes Act 1914, S.13 & 15F

Covid 19 vaccinations under investigation in London –

Telegram link in case the above full video does not play – https://t.me/News_3Dto5D/3748

So this is in the UK. We can only hope the trickle down of informatin will make it’s way to the US and other countries still under tyranical rules.  Always remember, we are many, they are few!