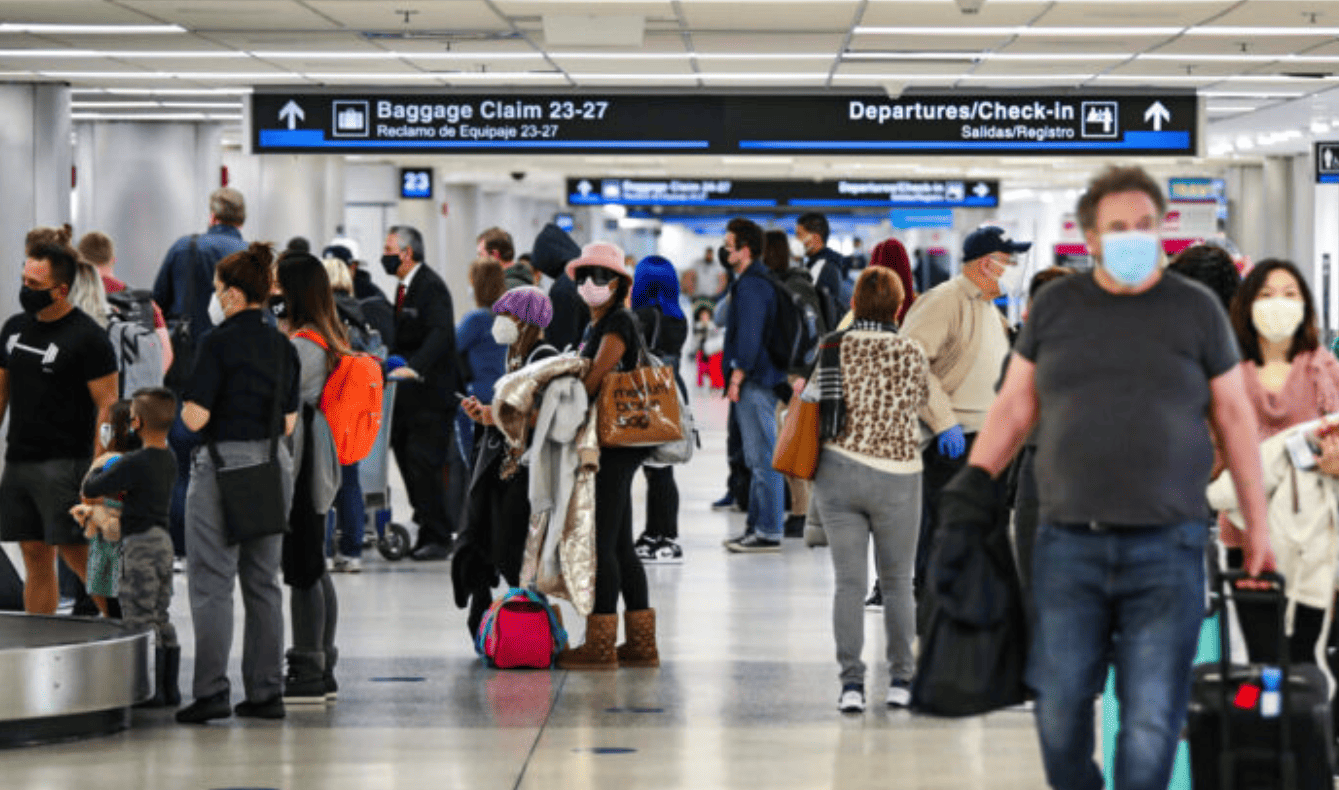 Hours after the U.S. Senate voted to repeal the federal transportation mask mandate—which the White House quickly threatened to veto—a group of commercial pilots filed the first legal challenge by airline workers to overturn the requirement to wear masks on all public transport.

On March 15, 10 commercial airline pilots from six states filed a lawsuit with the U.S. District Court for the District of Columbia against the Centers for Disease Control and Prevention (CDC) and its parent agency, the Department of Health and Human Services (HHS), asking the court to strike down the federal transportation mask mandate, arguing that it endangers aviation safety.

The complaint was filed the same day the U.S. Senate voted 57–40 to repeal the mask mandate, a move the White House quickly threatened to veto. This is the first legal challenge to the mandate filed by airline workers.

On March 14, 17 Republican legislators sued the CDC over the mask mandate, saying it did not have legal authority to impose the mandate in the first place. And on March 23, the CEOs of 10 U.S. passenger and cargo airlines sent a letter to President Joe Biden calling for an end to the mask mandate and pre-departure testing rules.

The day after taking office on Jan. 21, 2021, Biden issued “Executive Order Promoting COVID-19 Safety in Domestic and International Travel.” According to the complaint (pdf) filed by the airline pilots, this executive order set in motion the transportation mask mandate issued by the CDC and HHS as well as other federal agencies.

On Feb. 25, the CDC eased indoor masking guidance for the general public. However, the CDC’s update did not change the federal mask mandate on public transportation, which had already been extended multiple times by the Transportation Security Administration (TSA). The latest extension, announced March 10, orders travelers to keep wearing masks until April 18.

The pilots’ 61-page complaint (pdf) contends “the defendants have acted without statutory authorization or following the rulemaking process required by the Administrative Procedure Act” and that the “mandate also raises serious constitutional concerns” because “Congress never intended for the Executive Branch to have the authority to promulgate this policy–and even if it did, it’s unconstitutional.”

The complaint further contends the “CDC and HHS may not exercise their authority in a manner that is inconsistent with the administrative structure that Congress enacted.”

Janviere Carlin, a pilot for JetBlue Airways, is the lead plaintiff in the case.

“Masking has been very difficult for us. It’s been difficult for the public,” Carlin told The Epoch Times, noting her mounting frustration each time the mandate is extended. “This last time we finally decided it was time to make our issues known because the entire mandate was put upon us without going through the proper legislative processes, so we never had the opportunity to make our comments known.”

Carlin described how masking for hours on end causes headaches and fatigue. She said masks make it difficult to breathe, and because she wears glasses, her vision is often impaired because the lenses frequently fog up.

“So, we got a bunch of like-minded people together and decided to create a lawsuit to make it go away because it’s time,” Carlin said, adding that they are hoping their case will ensure that the CDC, HHS, or any other unelected government body will never again be able to skip the constitutional legislative process to issue this type of public health mandate in the future.

As Carlin explained, the mask mandate has a more acute impact on pilots than it does for most other people, and those impacts are safety-related.

“We can’t hear air traffic control clearly,” she said. “We can always tell when they’re wearing masks because it’s difficult to understand them. We can’t smell alcohol on passengers or crew, so we can’t make safety judgments on fitness to fly. We can’t smell smoke or electrical in the cockpit, where a few seconds will make a big difference in outcome. All of the safety things that are drilled into our heads for years are suddenly taking a backseat to wearing a mask.”

Carlin said there is “also the stress of it.”

“You anticipate the harassment you know you’re going to get as you go through TSA if your mask isn’t the right material or it isn’t fitting right, or someone just doesn’t like it,” she said. Carlin also noted the sharp rise in unruly passenger incidents caused by the mask mandate, inspiring the pilots to coin the phrase “chaos in the sky” in their complaint.

In 2021, the Federal Aviation Administration reported there were 5,981 unruly passenger incidents. Of those, 4,290 involved masks. Of the 961 reports of unruly passengers already reported for the first three months of 2022, the FAA said, 635 were related to face masks.

“The flight attendants are getting the brunt of it,” Carlin said, admitting “some of them are enjoying it a little too much.”

“There’s just so much conflict and chaos,” she lamented. “It’s like the CDC has commandeered us to be their federal mask police, and we just want to fly airplanes from A to B safely and go home to our families.”

Carlin emphasized that all 50 states have lifted their mask mandates, and that several members of Congress and airline CEOs agree that the transportation mask mandate should be lifted.