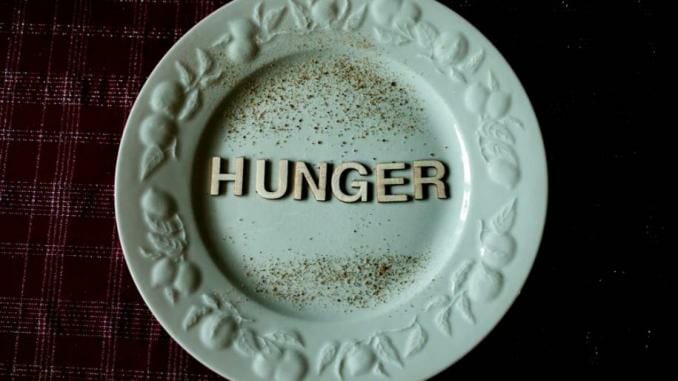 Facebook
Twitter
Pinterest
WhatsApp
ReddIt
Linkedin
VK
Email
Telegram
Viber
Print
LINE
Tumblr
Mix
Digg
Naver
By Tom Perkins,
President Biden announced food shortages are coming due to sanctions against Russia. Christian, the Ice Age Farmer, predicts there will be food rationing and digital ID will be required to purchase food similar to a food passport. Food supply chains are being disrupted by the conflict between Ukraine and Russia. He described two massive attacks on our food supply: a phony “bird flu” epidemic, based on faulty PCR tests, is sweeping through Europe and the US, and is forcing mass depopulation of poultry & “backyard flocks.” And farms contaminated with PFAS ‘forever chemicals’ from using sewer bio-sludge as fertilizer are being shut down. Christian explores what is going to happen next: a great awakening.

Farmers Johanna Davis and Adam Nordell bought Songbird in 2014. By 2021 the young family with their three-year-old son were hitting their stride, Nordell said.

The couple quickly recalled products, alerted customers, suspended their operation and have been left deeply fearful for their financial and physical wellbeing.

“This has flipped everything about our lives on its head,” Nordell said. “We haven’t done a blood test on our kid yet and that’s the most terrifying part. It’s fucking devastating.”

Rows of spinach have been left to rot in a greenhouse.
Statewide toxic chemical contamination has disrupted about 10 farms in Maine, such as Songbird Farm in Unity, owned by Johanna Davis and Adam Nordell.
Public health advocates say Songbird is just the tip of the iceberg as Maine faces a brewing crisis stemming from the use of biosolids as fertilizer. The state has begun investigating more than 700 properties for PFAS contamination. Few results are in yet but several farmers’ independent testing revealed high PFAS levels, and statewide contamination has disrupted about 10 farms.

Farmers who spoke with the Guardian say other growers have admitted to hiding PFAS contamination because they fear economic ruin. 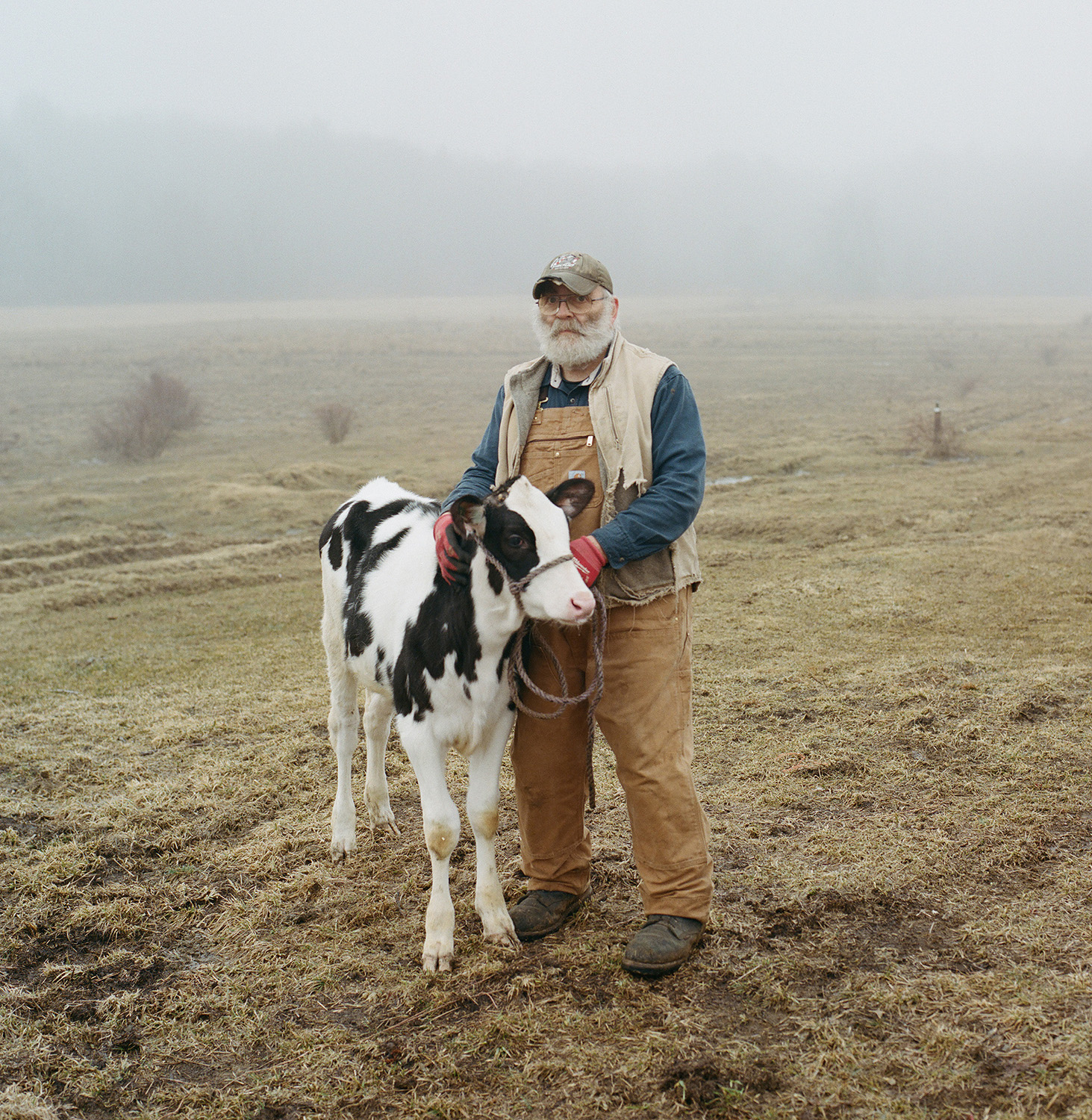 Maine is hardly alone. It is finding more contamination because it’s doing more testing, experts say. All sludge contains some level of PFAS, and farms across the country have increasingly used the substance as fertilizer in recent decades. Michigan, one of the only other states to monitor biosolids and to test agricultural products, recently discovered PFAS-contaminated beef.

“Many other states are going to be facing what Maine is facing now,” said Nancy Raine, secretary for Sierra Club’s wastewater residuals team. “Who is responsible for the harm done – the loss of livelihoods and property values?”

A farm and greenhouse seen through shed doors; Right: A man stands in a field next to his wife who is holding their young child.

PFAS, or per- and polyfluoroalkyl substances, are a class of about 9,000 compounds used to make products heat-, water- or stain-resistant. Known as “forever chemicals” because they don’t naturally break down, they have been linked to cancer, thyroid disruption, liver problems, birth defects, immunosuppression and more. Dozens of industries use PFAS in thousands of consumer products, and often discharge the chemicals into the nation’s sewer system.

Adam Nordell recently discovered toxic levels of soil, water and product contamination on the certified organic vegetable and grain farm he owns with his wife.
Sludge is a by-product of the wastewater treatment process that’s a mix of human excrement and any number of more than 90,000 human-made chemicals or substances discharged from industry’s pipes. “It’s a toxic soup,” said Laura Orlando, a Boston University civil engineer who studies sludge contamination.

Sludge is expensive to landfill but as human excrement holds nitrogen, phosphorus and other plant nutrients, it’s often lightly treated, marketed as “biosolids” and sold or given to farmers who view it as a cost-saving fertilizer.

Maine’s unfolding crisis is prompting fresh calls to ban the practice and PFAS. In July, the state’s government became the world’s first to approve a near ban of PFAS, and a proposal to prohibit biosolids that haven’t been tested for PFAS is moving through the Maine legislature.

Meanwhile, farmers in financial ruin are demanding an aid package including immediate emergency relief funds, funding to help them move to a new income source and lifelong health monitoring.

“It’s going to be expensive but the state signed these sludge licenses and we can’t wait,” Nordell said. “Our businesses are in limbo right now, our lives are in limbo.”

‘Everything is at stake’
Nordell and Davis bought Songbird in 2014 from a man who had been on the land for about 25 years but was dying of pancreatic cancer and wanted to ensure the farm he built lived on.

The man suspected his cancer stemmed from his time as a grad student testing pesticides, Nordell said, and Maine’s department of environmental protection (DEP) told Nordell that pancreatic cancer wasn’t linked to PFAS. Studies, however, have found links between PFAS and pancreatic cancer.

“That’s a data point in the story that scares me,” Nordell said, adding that PFAS levels in his and Davis’s blood were higher than those found in employees who worked for PFAS manufacturers.

The farm’s PFAS levels are also alarming. Maine’s water limit on six kinds of PFAS is 20 parts per trillion (ppt), while levels at Songbird were 8,000 ppt. The state set sludge limits between 2.5 parts per billion (ppb) and 5.2 ppb – Songbird recorded levels in its soil as high as 475 ppb.

Additionally, PFAS can spread. Ironwood Farm, about six miles from Songbird, tested its water and found high levels suspected to have migrated from a neighbors’ sludge-packed field. The small produce farm pulled its products, halted operations and is nervously awaiting more test results.

“I spent my entire adult life building this farm,” said Nell Finnigan, an Ironwood farmer. “Everything is at stake for us, and this is a tragedy for anyone who comes up with a high well test.”

Regulation is complicated by a hesitancy to disrupt the agricultural industry and a lack of federal limits for PFAS in food. Though Maine’s agricultural department established standards for beef and milk, they only monitor one out of thousands of kinds of PFAS. Public health advocates say the limits should be lower and more PFAS compounds should be included in testing.

After Stoneridge Farm, a small dairy operation more than 100 miles south of Songbird, discovered in 2016 that sludge and paper mill waste used as fertilizer had probably contaminated its cows and milk, the state developed limits for two kinds of PFAS in sludge. Subsequent testing found about 95% of Maine’s sludge exceeded the limits.

In response, the DEP in 2019 developed new restrictions for spreading sludge on farmland. One rule permitted spreading if the combined sludge and clean soil’s PFAS levels didn’t exceed state sludge limits. Patrick MacRoy, deputy director of Defend Our Health Maine called the policy “ridiculous” because it allowed clean fields to be contaminated with PFAS.

Fred Stone milks the few cows he still keeps at Stoneridge Farm.
A second rule allowed sludge to be composted and spread on fields or home gardens, even though compost is sometimes as much as 100% sludge, MacRoy said. “They created two gigantic loopholes,” he added.

After a bill to close the loopholes was introduced this year in the Maine legislature, state senator Stacy Brenner proposed an amendment to ban the practice altogether. “It seems prudent at this point to end land application of biosolids,” she said.

Industry opposition
As the sludge ban gains momentum, Maine’s largest waste management company, Casella Waste Systems, and some wastewater treatment facilities, have responded by saying that the state doesn’t have enough room in its landfills for more sludge and that the ban will increase customers’ water and sewer bills.

Landfilling sludge is a problem, said Joe Fusco, Casella vice-president, because its storage requires more material as a bulking agent and that’s going to “take up scarce landfill space”.

The DEP told the legislature the substance currently takes up about 9% of the state’s landfills and that would increase to about 12% under the new rules. Federal money could help control utilities’ costs, Brenner said, as would a proposal to eliminate a new fee that utilities would have to pay and is slated to go into effect soon.

Brenner believes Casella’s opposition is about its profits, as the company has a big composting operation . “They have shareholders to answer to. The dance is what it always is.”

Fusco said the claim that Casella is only concerned about its shareholders is “a gross oversimplification” that ignores the larger issue of how to get PFAS out of the waste system. “Yes, we’re in business and we have an interest in maintaining our business, but to have a bill that makes Maine a hostile place to us is not the answer,” Fusco said.

In the meantime, farmers struggle. Stoneridge killed most of its livestock in 2019. Co-owner Fred Stone was denied federal assistance for his tainted milk because one of its milk tests came in just below the state’s limit, but Stone didn’t feel comfortable selling it.

Stoneridge Farm, a 100-acre dairy farm that’s been in Fred Stone’s family for three generations, in Arundel, Maine.
Now his family of four, which believes PFAS is behind their health ailments from thyroid disease to reproductive problems, survives on welfare and friends’ and family’s generosity. Stone said he could have continued to sell contaminated food: “This is the cost of having a moral compass and doing the right thing.”