Meditation and Prayer to Heal the World

While meditation is a simple and wonderful tool you can use to calm yourself. It also has a calming effect on those around you.  Meditation causes positive changes within your body & mind, and aids in spiritual growth. Just 20 minutes a day is enough to create lasting inner change.

Meditation is a great tool for stress reduction and is now incorporated as a practice for law enforcement, health care workers and even the military. When mindfulness and meditation are used in school, students who practice were better able to concentrate which improved attendance, and, test scores and IQ increased! It’s being used on college campuses around the world.

Studies conducted by Michael Mitchel showed that meditation not only lowers blood pressure but also can improve your immune system by turning off the stress hormones, cortisol and adrenaline. This allows your entire nervous system to relax for better sleep and tissue repair. People who meditate perform better under stress and recover faster after stressful situations. This is important for front line workers and medical practitioners.

7 Places Where Employees Benefit from Meditation

In 1974 it was discovered that when the number of people in meditation reached a certain percentage of the population, crime rates would fall, and the effect was lasting. This indicated a return to order and harmony in the city. A small number of people can have a large impact on society. The Square Root of 1% of the given population in meditation is all that is required to cause a positive effect. This phenomenon of rising coherence in the collective consciousness of society was dubbed “The Maharishi Effect” in honor of Maharishi Mahesh Yogi. He predicted this effect as early as 1960. In 1978 his theory was tested in the Global Ideal Society Campaign demonstrating a drop in crime rates in 108 countries during mass meditation.

Princeton University observed that Group Consciousness has physical effects on the world during large–scale events.

For the first time in scientific history researchers discovered that group consciousness elicits changes in the physical world around us. Researchers from Princeton University’s PEAR Laboratory (Princeton Engineering Anomalies Research) discovered “The power of thought is not just ideological, it manifests physically. Cohesion between individuals ramps up this power,” writes the study’s authors.

Three hours before the 9/11 event, a computer called a Random Event Generator at Princeton University predicted a cataclysmic event was about to unfold.  The studies conducted during and after the events of 9/11 suggest a certain amount of precognition exists in the population. Why would the readings increase before the planes left the ground and prior to the first plane striking a building?

Princeton’s Global Consciousness Projectand The Heart Math Institute Global Coherence Researchuse random number generators (RNGs) to measure changes in collective consciousness also known as Global Coherence. RNGs have been placed in locations around the world to measure these changes in world consciousness. The charts below show the change in the data as the news of highjacked planes used to attack key targets spread around the world on September 11.

Chart 1 shows the peak in activity as the news of the event was broadcast. (Charts are courtesy of Princeton’s Noosphere Global Consciousness Project.)

Equally important was the data shown in chart 2 from Sept. 14, after the world began silent prayer and meditation. The chart shows a return to coherency during the time of mass meditation and prayer.  To quote a line from the movie Close Encounters of the Third Kind, “This is important.  This means something”!

Harnessing the power of prayer in this and other troubled times

Prayer works!  There is scientific evidence to support the power of prayer.  In 1944, Patten used prayer to turn the tide of WWII by praying for a change in the weather.  Here is another of many stories about harnessing the power of prayer in a crisis. Power of Prayer – Apollo 13 story – April 1970

We are able to feel when changes are occurring in Earth’s electromagnetic field or, the Schumann Resonance as named by physicist Winfried Otto Schumann who predicted it mathematically in 1952. These changes can come from the earth or from higher frequencies emanating from the sun. When the frequency increases, we receive more information and become more aware, conscious, and creative. Please read this full article as it describes how to make yourself more receptive to these higher frequencies. The best place I havefound for monitoring Earth’s Resonance is @schumannliveTwitter which updates every 2 hours. There are other online sources for updates. 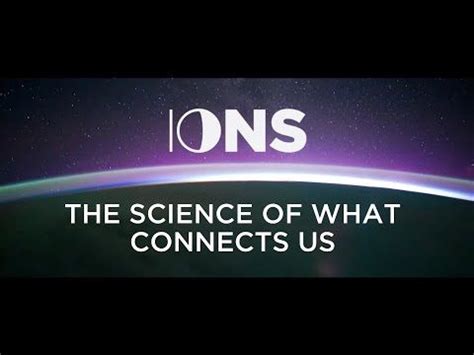 The Institute for Noetic Science (IONS) has conducted studies that confirm our thoughts, intentions and emotions can affect another person, even from a distance.  Volunteers were studied as they sent or received energy, images, or intentions from separate locations, and the results were proven over repeated testing.  New Experiments Show Consciousness Affects Matter ~ Dean Radin, PhD Video

I experienced this phenomenon with a friend in New York as we developed a working psychic connection from nearly 3,000 miles apart.  I had been teaching him about remote viewing (the practice of seeking impressions about a distant or unseen target, using extrasensory perception) and conducting psychic experiments. He was able to consistently pick up on what I was viewing with no hints or prompting.  During that time, I began waking at 3 am or picking up my phone without knowing why just seconds before receiving a text or image from him (he often forgot the 3-hour time difference).

There is no doubt that we are all connected to a stream of consciousness, both giving and receiving subtle information.  With that in mind, what you contribute to this stream of consciousness is important and I urge you to be mindful of your words and thoughts.  Spend time in meditation each day to create feelings of love, gratitude, appreciation, and compassion so others will experience them too.

Global Coherence Research The Science of Interconnectivity Heart Math Institute, Global Coherence Research encompasses a large variety of scientific data to gain new insights into the interconnectedness of human/animal health and behavior and the sun & earth’s magnetic activity. The scientific community is just beginning to appreciate and understand the deeper level of how we are all interconnected. We are getting closer to understanding why and how magnetic fields generated by the sun and earth affect human health and behavior –and why it is important to know this.

Our thoughts, words, and intentions matter.  In an ever–changing world with high pressure health concerns, financial stakes, political struggles, and news that is seldom positive, we need to change our way of connecting with each other. We are all connected but what exactly are we sharing when we stop being mindfull?  What we think, feel, and say has an impact on global consciousness. Knowing what you have learned from this research, can you imagine what would happen if thousands or millions of people around the world all began to meditate or pray at the same time?

Can you imagine what might happen if a majority of humanity had the same goal of sending positive, loving thoughts to the world by feeling and visualizing health, peace, and prosperity during meditation? A wave of compassionate thinking could spark a change in global consciousness and shift the population toward a more positive and cooperative timeline.

Studies by Masaru Emoto showed how our words, thoughts and intentions have a profound effect on water (Our bodies are made mostly of water!). Science has proven the interconnectedness or quantum entanglement that happens between photons. Multiple studies conducted by Dean Radin of IONS, Rupert Sheldrake PhD Parapsychology, Princeton Engineering Anomalies Research(PEAR) and others have noted this with people, especially when they are focused on each other.  A Princeton study observed that group consciousness has physical effects on the world During Large-Scale Events. This is a conscious field that exists and interacts with ALL things on Earth as was discovered by Dr. Cleve Backster. It also exists throughout the universe, and we are all intricately linked or entangled.

Now you know the many benefits of meditation and how powerful our words, thoughts and intentions are.  You also understand that the thoughts we generate effect the world around us, especially when amplified by groups of people meditating or praying together for a specific cause.  I hope you will use this knowledge to help shape the world you wish to live in.  You are a co-creator in the manifestation of our reality.  Let us use the technology of prayer and meditation as tools to change humanity’s destiny by working cooperatively and collectively to manifest a beautiful new world of peace, prosperity, health, and abundance – A new Golden Age of Gaia.

For a list of upcoming major and regular mass meditation events, please click on the link to We Love Mass Meditation Active Meditations.  We hope you will join in prayer or meditation for the specific events and causes that resonate with  you and that you will participate in major global efforts.  Add your light to the growing number of people activating the Age of Aquarius.  May you always find and share blessings on your life journey! 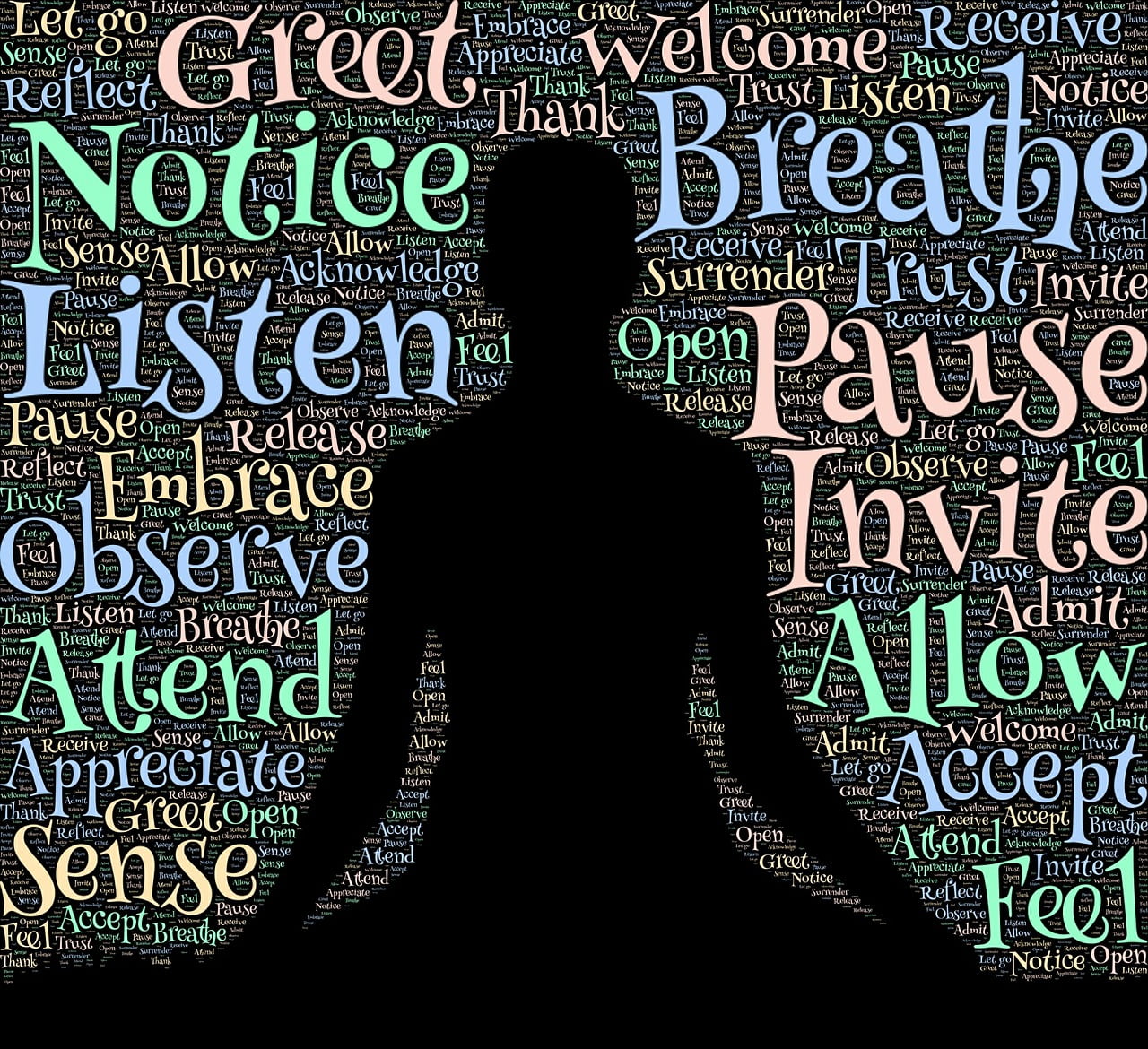