Prepare For Change
Home Technology A National Vaccine Pass Has Quietly Rolled Out – And Red States... 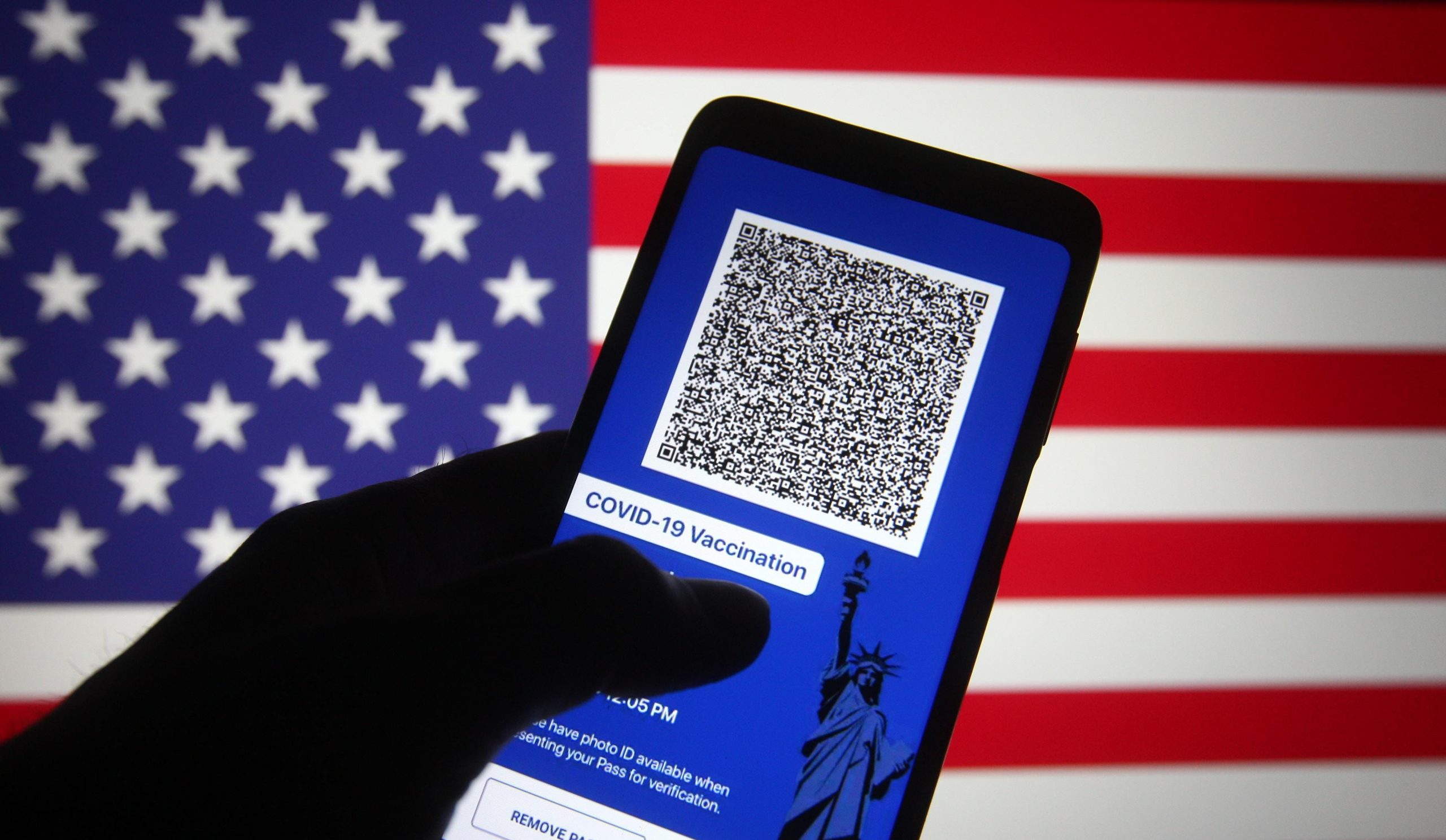 ven as the omicron variant loosens its grip on the world, destinations continue to require travelers to show proof of vaccination. And, increasingly, a paper CDC vaccination card is not cutting it.

While the United States government has not issued a federal digital vaccine pass, a national standard has nevertheless emerged. To date, 21 states, the District of Columbia and Puerto Rico offer accessibility to the SMART Health Card, a verifiable digital proof of vaccination developed through the Vaccination Credential Initiative (VCI), a global coalition of public and private stakeholders including Microsoft, Salesforce, Oracle, the Mayo Clinic and other health and tech heavyweights.

And very soon, at least four more states will be rolling out access to SMART Health Cards. “We’ve seen a notable uptick in states that have officially launched public portals where individuals can get verifiable vaccination credentials in the form of SMART Health Cards with a QR code,” says Dr. Brian Anderson, co-founder of the VCI and chief digital health physician at MITRE.

There is already an impressively widespread availability of SMART Health Cards in the U.S. More than 200 million Americans can now download, print or store their vaccination records as a QR code. When the QR code is pulled up, only the individual’s name, date of birth and vaccination information is visible. No other medical information or personal data is shared. This code is also digitally signed to ensure that the card was issued from a verified location and to prevent forgery.

For individuals, the benefits of having access to personal digital vaccine record is three-fold. First, it’s a huge plus for travel in the U.S. and abroad.

Many indoor cultural attractions and performance venues in the U.S. require proof of vaccination. “We believe it gives people peace of mind when the folks around them are less likely to be contagious,” says Gus Warren, CEO of Bindle, a health verification app that allows venues to verify the vaccination status of patrons.

Bindle’s growing list of clients spans more than 30 states, from blue strongholds like California and New York to red leaners like Texas, Florida, Arkansas, Missouri and Georgia. At the Kennedy Center in Washington, D.C., for example, there’s a Bindle lane that offers fastpass-like efficiency in scanning QR codes from a number of vaccine verification platforms used around the world.

“The SMART Health Card is such an important development and the Vaccine Credential Initiative has been phenomenal in getting this out there,” says Warren, noting that while Bindle recognizes several interoperable standards, the SMART Health Card has emerged as the most important. “Absolutely, it has become the standard across the U.S. and North America.”

“And at an international level, we are continuing to see intense interest in a coordinated international approach,” says Anderson. “And that has not diminished at all. I think quite the opposite.”

To wit: Every Canadian province has now adopted SMART Health Card verification, as has Aruba, the Cayman Islands, Singapore and Japan. And in Africa, the SMART Health Card has rolled out in Kenya and Rwanda, just the first of 32 African countries in the “Smart Africa” alliance to adopt a digital-first approach to healthcare records.

The Case For Red States

The second argument for adopting a digital vaccine verification system is the one swaying red-state governors: Having digital access to personal health records empowers the individual.

More than a dozen states have launched their own SMART Health Card-based portals. At least seven others — including Arizona, Mississippi and West Virginia — have turned to a third-party, MyIRMobile, to issue SMART Health Cards. Minnesota has chosen Docket, another third-party option.

“This isn’t a passport,” South Carolina’s director of immunizations told Politico. “This is essentially a Covid card that people get at their convenience because it’s their record.”

Utah was one of the first red states to get on the SMART Health Card train. For former Utah Governor Mike Leavitt, a Republican who was the Secretary of Health and Human Services in the George W. Bush administration, the issue boils down to individual rights. “There’s always a question about who owns the data and the rights to access that data,” Leavitt said at a recent global forum on SMART Health Cards. “But one thing is unchallengeable. And that is, I own a right to have my own data. And to have it in a form that I can present it conveniently for the kinds of things I want to do.”

“The idea of being able to have trustworthy copies of your own health records is not a red or blue state issue,” echoes Anderson. “ It is an individual empowerment of your own health data. What we’re going to see over the next month is a growing number of red states recognizing and appreciating the importance of empowering their individual citizens in their states.”

This Won’t Be The Last Pandemic

Lastly, having a vaccine verification system in place prepares the U.S. for the next coronavirus variant as well as the inevitability of a future pandemic.

Today the main threat to our health and economy remains the omicron variant, says Anderson. “But it’s going to be pi in a couple months, and it’s going to be the same situation. Yes, we’re going to get to an endemic phase of all of this, but that doesn’t change the need to continue to protect the citizens of a nation from highly transmissible and communicable diseases.”

Where Else To Get A SMART Health Card

Given the political landscape, Anderson recognizes that some states may never get on board. “We’re not going to have all 50 states leveraging this approach,” he says. “But the vast majority of the vaccinated individuals in the US – over 200 million of them – already have the ability right now to go and get one of these credentials.”

That includes anyone vaccinated at any branch of Walmart, Sam’s Club, CVS, Duane Reade, Walgreens, Costco, Kroger, Rite-Aid or any of the dozens of other companies participating in the retail pharmacy program. To access an electronic version of your vaccination record, log into the online Covid portal of the brand where you got your shots.

And whether your state is red or blue, your healthcare provider is increasingly likely to offer a digital vaccination record. More than 100 major health systems and hospital groups across the country now offer SMART Health Cards to patients. These include Kaiser Permanente, Tenet Health, Scripps Healthcare, Cerner and other healthcare heavy hitters. Big regional healthcare groups in the SMART consortium span the country, from Centra Health in Virginia to UCHealth in Colorado and from CoxHealth in Missouri to SoutheastHEALTH in Alabama and Georgia.