Prepare For Change
Home Awakening The Level Of Crime Here Is Beyond Any Ordinary Court – Naomi... 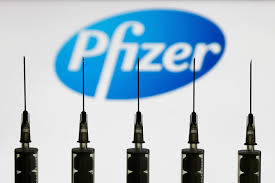 According to data being released by the US Centers for Disease Control and Prevention, close to 60% of adults and 75% of children have been infected by COVID-19. On top of that data, in December, it was reported that 34% of Americans have antibodies formed against the virus. With COVID-19 still present all over the globe, pharmaceutical companies like Pfizer and even the Biden administration have continued to push for more COVID-19 assistance. To date, the federal government has spent over $3 trillion fighting the virus. And when sifting through all the data collected, Dr. Naomi Wolf admitted that corruption and fraud is on the scale of the Nuremberg trials.

Appearing on The War Room with Steve Bannon, the host asked Dr. Wolf, “As an investigative reporter, do you believe with the standards and practices you guys have used in this investigation with these documents, that it reaches to that standard, that there are actually questions there and should be pursued further, either through some investigation at Grand Jury or for further Congressional investigations? But there should be some formal venue more than daily clout.io in the War Room posse with these lawyers, that this can be adjudicated, either through investigations at the state level, through state legislatures, congressional and or even criminal with grand juries?”

Again, having reviewed the data, Dr. Wolf noted that it wasn’t just her, but a team of over 250 lawyers. “Well, of course, I do. And it’s beautiful that we have 250 lawyers who are clearly seeing a range of crimes and the evidence that the volunteers have identified. But you’re right, it’s not enough. Because this wasn’t just one corporation against one individual or one corporation against a class of individuals. It certainly was that, but it’s also one corporation in alliance with our own government, right. The FDA is our agency, their public servants paid with our tax dollars, with a legal obligation to protect us from harm.”

While the doctor is confident about the truth coming out, she added, “I’ve never seen anything like this in the history of our country. It rises to a level I don’t even know how to describe [in which] a corporation [is] in league with a government agency and probably kind of up and down the chain of command, because otherwise, the FDA wouldn’t get away with this, uniting to medically experiment on [people] in a way they know is damaging millions of American people and [corrupting] institutions like doctors’ organizations [and] licensing boards in order to achieve that. So that’s a level of really a Truth and Reconciliation Committee; it’s a level of Nuremberg Trials. It’s [at] a higher level than an ordinary court.”

The full interview with Bannon and Dr. Wolf can be watched below.