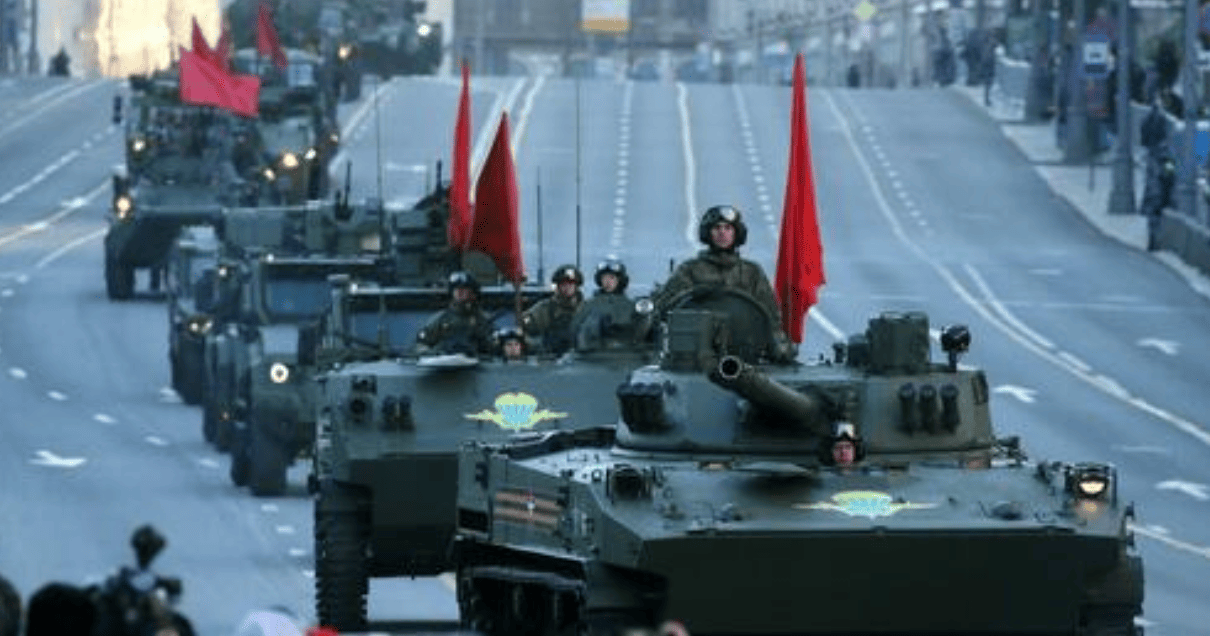 A New York Times report that the United States has been providing real time intelligence to the Ukrainian army with the specific purpose of killing Russian generals brings America a long step closer to actual war with Russia.

This also means a risk of nuclear war that is now greater than it has ever been, even perhaps during the Cuban Missile Crisis. The Biden administration and the U.S. establishment need to ask themselves just one question: If the position were reversed, how would the United States react to a third country deliberately helping to kill U.S. commanders?

If Russia were winning in Ukraine, the Kremlin might be able to ignore this kind of U.S. help to Ukraine. But the Russian invasion of northern Ukraine was defeated and abandoned, and Russian forces are now making only glacial progress in eastern Ukraine. Reportedly, Russian casualties have been enormous, due in large part to NATO weaponry provided to Ukraine. These casualties have included 12 generals killed — as it now appears with direct American help.

“Some European officials believe, despite Mr. Putin’s rhetoric that Russia is battling NATO and the West, he has so far been deterred from starting a wider war. American officials are less certain, and have been debating for weeks why Mr. Putin has not done more to escalate the conflict.”

As this indicates, there are in fact many ways that Russia can abandon its restraint so far and retaliate for the killing of its generals: cyber attacks on key Western infrastructure (widely predicted, but so far non-existent); the targeting with missiles and drones of U.S. offices and personnel in Kiev; the assassination of U.S. diplomats, military personnel, and intelligence officers in other countries; and warning shots aimed at NATO supply lines in Poland.

Any of these actions would create a fierce reaction in the United States, and no-doubt renewed calls for a no-fly zone, enforced by fighters flown out of NATO bases in Poland. These bases would then be subject to missile attack by Russia, even as U.S. planes over Ukraine were being shot down by missiles based in Russia itself. Russia would also very likely declare its own no-fly zone over much of the Baltic Sea.

Two things would then probably happen: the United States and the West would lurch towards mutual nuclear annihilation; and seeing this, France, Germany, and other NATO members would break ranks with Washington and seek a peace agreement.

To ward off this threat, the Biden administration must move immediately to assure Russia that U.S. strategy is to help defend Ukraine, but not to impose a complete defeat on Russia and use this to weaken or destroy the Russian state.

The first step should be for Washington to declare publicly that it supports a diplomatic solution to the issues of the status of Crimea and the Donbas, and that if Russia will cease its offensive in Ukraine and agree to a ceasefire, the United States will respect that ceasefire. This should not of course imply U.S. recognition of Russian claims to these territories. It would simply involve the Biden administration giving its public support to the previous statement by the Ukrainian government that it is willing in principle to “compartmentalize” the territorial issues and leave them for future negotiation.

Such a move by the Biden administration would be met with the usual parrot-hawk cries of “appeasement.” But these critics need to ask themselves the following: Were Eisenhower, Kennedy, Nixon, Reagan, and other U.S. Cold War presidents “appeasers”? The suggestion is absurd. Yet all of these men, while acting with great firmness against Soviet aggression and expansionism, took great care to shape the U.S. response to minimize the risk of nuclear war.

They did so not because of any sympathy or weakness towards the Soviet Union, but because they had sworn an oath to preserve and defend the United States.

UPDATE, 5/5, 5 p.m. EST: The Pentagon has denied the report that the U.S. is providing info to Ukraine to help kill Russian generals. During Thursday’s briefing, DoD spokesman John Kirby said the following:

“Ukraine combines information that we and other partners provide with the intelligence that they themselves are gathering, and then they make their own decisions and they take their own actions.”

When asked if the NYT report was inaccurate, he declined to comment, saying, “I am not going to talk about intelligence sharing from this podium.”