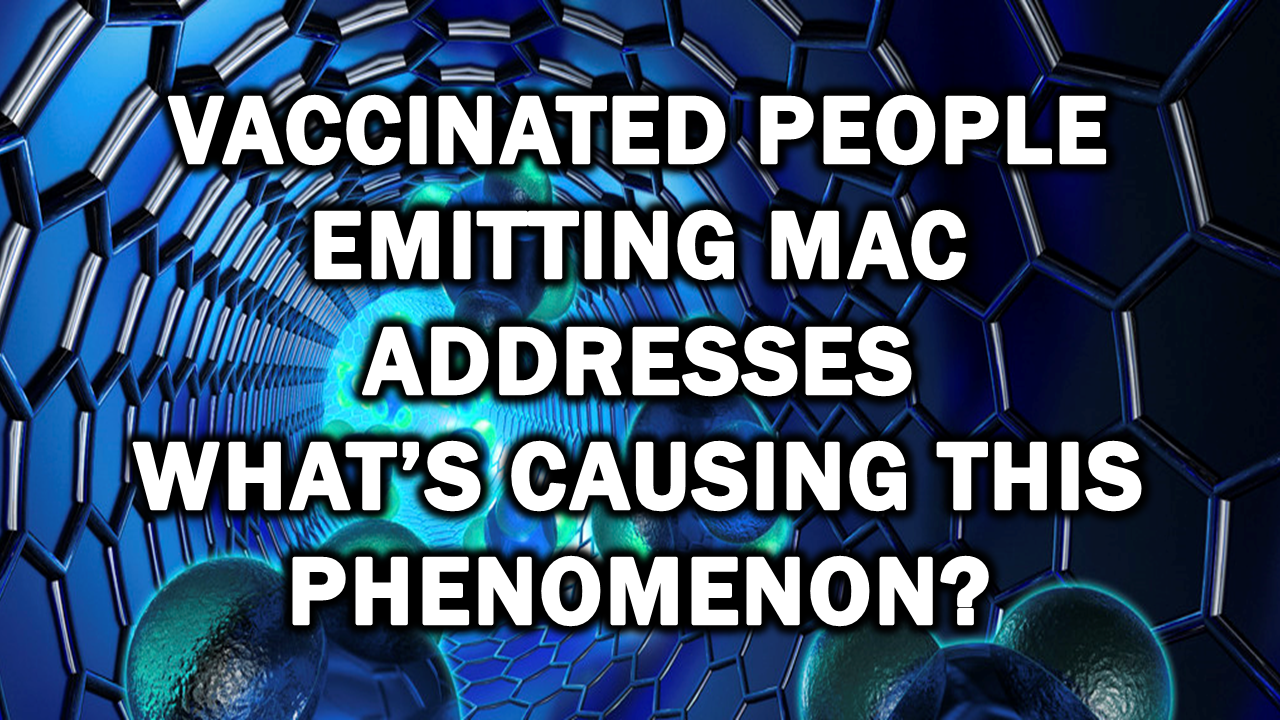 The phenomenon of MAC emissions from people “vaccinated” against Covid is an alarming fact that demonstrates a cause-and-effect relationship, Corona2Inspect wrote. Corona2Inspect has made a short video to explain how it is happening and what the possible effects could be.  But before you get to the video at the end of this article, a bit of background to the contents of Covid injections as they relate to the MAC phenomenon.

There are three clear pieces of evidence that micro or nanotechnology related to nano-communication is in the Covid injections, Mik Andersen of Corona2Inspect explained during an interview with RichPlanet earlier this year.

The first is the detection of rectangular and quadrangular objects that respond to a morphology of micro or nano “bowtie antennae” or double and quadruple leaf “bowties”, which are explicitly collected in the scientific literature in the context of intracorporeal wireless nano communication networks for nanoelectronic devices.

The second evidence is the detection of objects with apparent circumscribed circuitry, with an important similarity to the demux circuits of nano routers, among other devices not yet identified, see the images obtained by La Quinta Columna and the New Zealand team of researchers.

Third, the location of graphic evidence of epitexial self-assembly based on synthetic or artificial DNA templates.  A new test of synthetic DNA self-assembly and nanotechnology has recently been obtained, finding an exact match between the type of crystals that form in vaccines, compared to those observed in the scientific literature on DNA nanotechnology. This last finding is about to be published, and we hope that it ends up dispelling any doubts about it.

The first is to monitor and collect data on the parameters, activity or neurological, cardiac and physiological data of the individual, facilitating their transmission to remote servers and databases, on the Internet, to form the Big Data and its analytics through artificial intelligence (“AI”) software.

The second is to interact with individuals, especially in the neural section and the human psyche.

MAC addresses are set up in memory circuits (we think also built with synthetic DNA and graphene). In this way, they receive the electromagnetic signals and automatically encode them into another simpler type of signal, called TS-OOK, with which the data is re-transmitted in binary to a next level in the topology, that is, the nano interface … The nano interface is another self-assembled electronic device that is capable of encoding TS-OOK binary data for transmission outside the body.

The nano interface transmits messages with very specific headers, where the MAC device is identified, the IP address to which the information is sent and the binary content with the information obtained by the nodes in the base of the topology. These messages have to be received by a ‘gateway’ – a mobile device or smartphone that has an Internet connection – which would be responsible for sending the message to its destination, without its owner knowing, remaining hidden in the data traffic. In other words, any mobile phone close to the vaccinated individual could be transmitting the data generated by the nanonetwork.

Mik Andersen also explained that the MAC addresses are not “always on.”

A vaccinated person does not always emit these MAC addresses, visible through the mobile phone’s Bluetooth receiver. This is described in the scientific literature, specifically in the DCCORONA and EECORONA wireless nano communication protocols. As indicated, one of the problems of nano communication networks is the limited energy they have to operate. This means that they are not always on, working, or signalling. It only happens when they receive signals from outside the body or when information is collected that must be transmitted.

Mik Andersen recommends watching a three-part documentary, ‘Brain Jabbed’, made by Richard Hall, host of RichPlanet TV, which explains many of the topics covered in his interview with RichPlanet.  The first part of Brain Jabbed can be found by following this LINK.

In a recent video, Mik Anderson summarised the MAC address phenomenon.  What could be causing it, what it consists of, what implications it has for the person and society, the role of MAC protocols in the network and more.

At the end of the video, a section has been dedicated to speculating about the possible uses based on those stated in scientific literature and the content confirmed and revealed in vaccines, graphene and derivatives.

As the topics discussed may be complex for most of us to understand, we have attached a copy of the video’s transcript which you may find useful.

After watching Corona2Inspect’s video below you may wish to test the MAC phenomenon for yourself using your smartphone. To enable you to do so, in the article ‘Summary of the MAC phenomenon and the intracorporeal network of nano communications’, Corona2Inspect gives the applications and MAC OIU finders to check if the MAC addresses your phone is detecting belong to any electronic device manufacturer.  Below these instructions, Corona2Inspect has listed numerous scientific papers which you can use to conduct deeper research.