Prepare For Change
Home Technology Twitter sale on hold: Musk believes that up to 90 percent of... 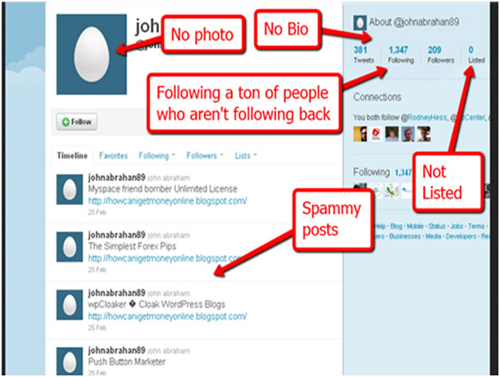 His plan to buy Twitter is now on hold after billionaire Elon Musk came to the conclusion that most of Twitter is just artificial intelligence (AI) robots posing as human users.

Based on his team’s assessment, Musk believes that up to 90 percent of Twitter’s entire platform is fake. The vast majority of its “daily users,” it appears, are automated spam bots that the tech giant uses to induce mass formation psychosis and other forms of brainwashing.

“After all, it’s no secret that the powers that be are conducting military-grade psy-ops on the public,” writes Vince Quill for WeLoveTrump.com. (Related: Conservatives have reportedly been celebrating the news that Musk is planning to buy Twitter.)

“All of us have at one point or another encountered bots, sometimes it was obvious, other times not so much, but 90% of the users being bots is just beyond the pale.”

Twitter’s bot check sample size is only 100 users, Musk reveals
What this means, of course, is that Twitter itself, along with the rest of Big Tech, is little more than a social engineering tool to manipulate and brainwash the masses into believing the scripted reality that psychopaths are using for control.

If Musk can prove that Twitter is mostly fake, he will likely be able to purchase the company for a much smaller amount than his initial bid. The revelations that come out of all this will also likely expose Twitter for the fraud that it has long been.

On May 13, Musk tweeted that he was going to take a random sampling of users to try to come up with an estimate for the number of bots on Twitter. The sample size he used was 100, which is apparently what Twitter uses internally for metrics purposes.

“Twitter legal just called to complain that I violated their NDA (non-disclosure agreement) by revealing the bot check sample size is 100!” Musk wrote. “This actually happened.”

According to Twitter, less than 5 percent of its platform is bots, but Musk believes otherwise. Who is correct? And more importantly, will the full truth ever be revealed, leading to justice on the matter?

So far, Twitter has failed to produce any actual evidence to back its claim that less than 5 percent of the platform is fake. And Musk still wants to know: Where’s the evidence?

Former President Donald Trump sent a message to his followers about the issue, stating that Musk will be paying too much for Twitter if he goes with his original bid because Twitter “is a company largely based on BOTS or Spam Accounts,” Trump wrote.

“Fake anyone?” he added. “By the time you get rid of them, if that can even be done, what do you have? Not much? If it weren’t for the ridiculous Billion Dollar breakup fee, Elon would have already been long gone.”

“Just my opinion,” Trump added, proceeding to plug his own platform, “but Truth Social is MUCH better than Twitter and is absolutely exploding, incredible engagement!”

In the comment section at WeLoveTrump.com, someone wrote that he was suspended from Twitter for tweeting about how ivermectin is a safe and effective remedy for the Wuhan coronavirus (Covid-19).

“Twitter is another DARPA creation,” wrote another. “It is controlled by the government for the government. We are given the illusion of freedom and fair and open markets which is not true by a long shot.”

More related news coverage about Musk, Twitter, and Big Tech can be found at Technocrats.news.