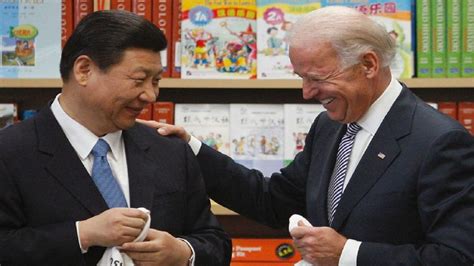 Many people have wondered what they would have done to stop World War II. Would they have tried to kill Adolf Hitler shortly before he took office in 1933? Well, it’s 2022, and even if you believe Hitler escaped to Argentina in 1945, he’s now dead. World War II happened, and now we have another tyrannical regime opening up to engulf us, but this time it’s GLOBAL.

This is 2022 indeed. From May 22nd-28th, the World Health Assembly is going to vote on amendments to the International Health Regulations (2005). If those amendments pass, the Director-General of the World Health Organization (WHO) will become the effective dictator of the world (in case of a “health emergency”).

Text that is bold are additions or amendments to the original text. Text that’s struck through gets deleted. The highlighted text is the most important part. Let it sink in what removal of the highlighted part means: in case of a health emergency (which can be anything): the Director-General no longer has to consult anyone to set in motion article 49, although he may (or may not) “seek the views of the Emergency Committee.” Article 49 describes the procedures the Director-General has to take when a health emergency occurs. If these amendments are approved by a simple majority of the 194 member countries of the World Health Assembly, these amendments would enter into force as international law just six months later, so November 2022, effectively placing the entire world under the dictates of the Director-General.

Who is the Director-General of the WHO?

The current Director-General of the WHO is Tedros Adhanom Ghegreyesus. Tedros is an Ethiopian official who was elected in 2017 to lead the WHO. Tedros has been responsible for the handling of the Covid-19 pandemic, and bringing all countries in lockstep with the WHO regulations. Variability in policy on the National level has been minimal under his leadership.

In 2020 Fox News ran a report which showed the questionable past of Tedros. According to the report, Tedros had covered up three cholera epidemics, supported a terrorist organization, and inflated his resume to claim he had conquered malaria and HIV. Foreign affairs expert Gordon Chang said: “Tedros is the second-to-last person who should be heading the World Health Organization at this time. The last person is Chinese President Xi Jinping.” The Fox article continued to say that Tedros “has been accused of cozying up to countries like China that have pledged millions of dollars to the [WHO].”

There are worries that Tedros does not act as an autonomous man, but acts in the interest of the ‘Great Reset’. Klaus Schwab called the Covid-19 pandemic a “rare but narrow window of opportunity to reflect, reimagine, and reset our world”. A student of the Klaus Schwab Young Global Leaders program, Bill Gates, happens to be the biggest private donor of the WHO, through his Bill and Melinda Gates Foundation, and GAVI. Tedros also repeatedly stated that “[w]e cannot go back to the way things were”. Perhaps that explains why so many policy ‘mistakes’ were made in the fight against Covid-19, if a return to normal was unthinkable from the beginning.

On January 18th, 2022 it was the U.S. that submitted a number of amendments to the IHR, of which giving full control to the Director-General of the WHO is but one effect. The amendments serve to give away more sovereignty and greatly empower the WHO to restrict health-related rights and freedoms. The World Health Assembly, through representatives of its 194 member states, are going to vote on the proposed amendments to the IHR between May 22-28th, 2022. By virtue of membership of the United Nations and the WHO, the member nations are then automatically bound by its rules.

The amendments to the IHR make it perfectly clear that the WHO wants to do more than advise countries, it wants complete control. The WHO “seeks to enforce an authoritarian, one size fits all, “One Health” approach to world health.”

It IS 2022, and everyone has a chance to stop this blatant, and dangerous, power grab. We invite everyone to go to James Roguski’s substack and read his entire 8-page article, and reply to his call to action. Mr. Roguski is a researcher and author who discovered the shenanigans we just described.

The Biden regime is preparing to sign an agreement with the corrupt, China-led World Health Organization (WHO) that will give US sovereignty on health care decisions over to the WHO.

The COVID crisis was horrible and horribly managed. China to this day has not been held responsible. The WHO worked with China in predicting massive unfounded mortality losses while recommending shutting down entire economies. They have taken no responsibility for unleashing the lab-created virus on the world.

Those in the US who managed the crisis pushed dangerous economy-killing policies while they neglected to promote any organized treatment plan for those suffering from the disease.
They closed down the economy while stuffing nursing homes in states like New York with COVID-contaminated patents. Actions recommended by individuals like Dr. Fauci and Dr. Birx caused widespread death.

Now Joe Biden is signing over US autonomy over our healthcare decisions to the WHO and therefore, China.

Dean Michelle Bachmann joined Steve Bannon on The War Room to warn about the proposed amendments to cede US sovereignty to the corrupt World Health Organization.

On Saturday Senator Rick Scott (R-FL) was the first Republican senator to speak out on this atrocity.

‘A democratically non-legitimized body, into which the richest of the super-rich buy their way through donations, is to decide in the future whether a pandemic situation exists, in order to then directly take over governmental power,’ said MEP Christine Anderson.

STRASBOURG — A German member of the European parliament has warned of an attempt by the World Health Organization (WHO) to seize governmental power in the event of a pandemic.

In a video published on her YouTube channel last month, MEP Christine Anderson explained that, since March 1, 2022, an intergovernmental task force has been working on a revision of the treaties that exist between the WHO and its member states.

Anderson explained that the revision “aims to give the WHO de facto governing power over its member states in the event of a pandemic, without involvement or consultation with national governments or national parliaments.”

This was announced by the WHO itself in a press release dated December 21, 2021, which stated that “the World Health Assembly agreed to kickstart a global process to … establish an intergovernmental negotiating body (INB) to draft and negotiate a WHO convention, agreement, or other international instrument on pandemic prevention, preparedness and response.”

“The INB will hold its first meeting by 1 March 2022 (to agree on ways of working and timelines) and its second by 1 August 2022 (to discuss progress on a working draft),” announced the press release.

The same was also announced on the website of the EU council, which stated that the INB “will hold its next meeting by 1 August 2022, to discuss progress on a working draft [and] will then deliver a progress report to the 76th World Health Assembly in 2023, with the aim to adopt the instrument by 2024.”

Both websites feature videos warning the world of “other pandemics” that will strike in the future.

“Next time, the world must be prepared,” states the video posted on the website of the EU council.

The idea of a future pandemic was also the main argument behind the creation of the INB.

In her video message, Anderson argued that such an empowerment of the WHO would constitute a “direct attack on the rule of the people by the people,” which she said is “the most elementary principle of any democracy.”

“The plan – for anyone who can use his thinking skills – is easy to see through,” she argued.

“A democratically non-legitimized body, into which the richest of the super-rich buy their way through donations, is to decide in the future whether a pandemic situation exists, in order to then directly take over governmental power.”

Australian LNP in election mode, Scott Morrison informed people he will be handing our nation’s health over to the World Health Organisation if elected

Zach Vorhies and Sarah Westall join Sean on the SGT Report to discuss the World Hell Organization’s attempted coup of the Republic of the United States, the ongoing FREE SPEECH lawsuit against Google and You Tube and much more.