Prepare For Change
Home Ethics Are We the Last Generation of Humans? 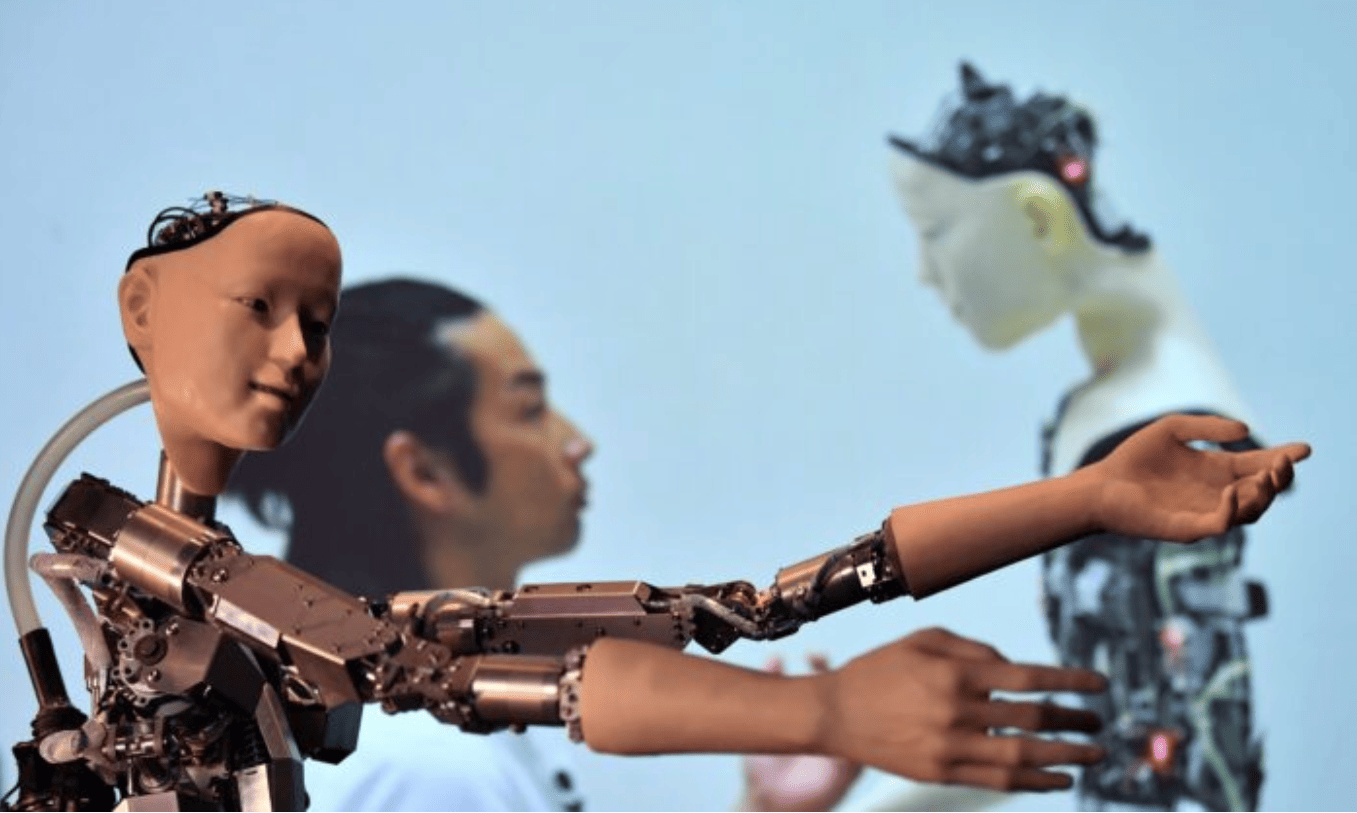 A historian says genetically modifying and controlling all human beings is a necessity–and is coming soon.

Are you still human?

In the near future, such a question may become very relevant.

As an exclusively biological-based lifeform, humans may be on the verge of becoming “totally useless” to society, unable to adapt to the post-human world that’s soon to be brought about.

A New AI Age of Transhumanism

Human beings, we’re now told by Harari via the very best, most informative, and up-to-date talk forums such as TED Talks and others, just won’t cut it in the coming age of artificial intelligence (AI), genetic engineering, and transhumanism.

In the next stage of evolution, the next generation of human beings, Harari says with cold certainty, will not be solely created biologically or even fully human.

Homo Sapiens 2.0 will be man-made. And mind you, we humans won’t have a choice in the matter. We will, as the old survival of the fittest adage goes, “adapt or die.”

The gist of Harari’s vision of the imminent humanity paradigm shift is that people will need to cease being “just people.” Instead, we will need to “evolve.”

By “evolve,” Harari means that humans must and will become digitally enhanced, genetically modified creatures with neural links to the internet. These “improvements” will result in the complete monitoring and even control of our lives, down to what we do and think—and even what we dream.

I might add that Harari presents his words of warning with a strange sense of glee when he proclaims that “we are the last generation of homo sapiens.”

From Human Beings to Homo Sapiens

As an aside, “homo sapiens” is Harari’s preferred term for human beings, and I think I know why. In evolutionary terms, homo sapiens are just one more link in the chain of human evolution over the millennia.

This “scientific” nomenclature has the intended effect of degrading humans to nothing more than just one more incidental step in evolution’s natural selection processes. As nothing more than products of evolution, humans have no right or claim to divine rights or possessing any intrinsic value simply because of our humanity.

It makes it easier to treat people like cattle if you think that’s all they’re worth, which Harari apparently does.

“Humans are hackable animals,” he says in various interviews. That sounds quite bad no matter how you look at it.

Ultimately, his dystopian evolutionary description of our soon-to-be-reality reflects his own atheistic, anti-religion (particularly Christianity), evolutionary, and transhumanism fanaticism.

Here are just a few examples of Harari’s projections of the new reality that, according to him, is already here and is just waiting to be implemented.

“We will know you better than you know yourself.”

“We will control your thoughts and actions.”

“Human beings will have to agree to complete surveillance, both in the outside world and beneath the skin.”

“The problem will be what to do with so many useless human beings.”

The picture Harari paints as our future is diabolical under even the most positive spin.

Perhaps, first, the question needs to be asked: “Who is ‘we?’”

Does “we” Harari refers to the World Economic Forum (WEF), which is run by the Teutonic figure of Klaus Schwab? Harari is an adviser to Schwab.

So not only will we, according to Schwab, “own nothing and be happy,” but per Harari, we won’t even own ourselves, much less remain ourselves. Our humanity, apparently, is scheduled for genetic modification.

Will people belong to the emerging “Global Government” that the WEF is helping to usher into the world?

Who will approve and enforce the idea of total surveillance in the world and under the skin?

When did we lowly homo sapiens agree to be hacked and tracked like livestock?

Will it be forced on us like some kind of “health mandate?” (Can we all read between the lines on that one? Good.)

Where does Harari get off announcing that this is how things will be?

And what happens if one decides not to evolve or adapt? Then clearly, one doesn’t deserve to be a part of the next step in human evolution.

Is It Closer Than We Think?

Reading the post, “Nanotechnology comes to life with needle-based human interface devices,” on the Microsoft research blog site from 2016, it is clear that beneath the skin, surveillance isn’t a new idea.

More to the point, injecting nanoparticles to control human bodies at the cellular level has already been done to billions of people via the mRNA-based vaccines prescribed for the COVID-19 pandemic. Nanobots that navigate around the body will be here in a few years.

Furthermore, not only has the technology to genetically modify humans been around for years, but it’s being used today for all kinds of reasons.

As an atheist, Harari dismisses the possibility of the existence of the Biblical God. And yet, from a Biblical perspective, human genetic alteration isn’t regarded as a positive development by God. Noah is described as a man “whose generations were perfect (genetics)” and as one who “walked with (believed in) God.”

Who is Yuval Noah Harari speaking for?

Is he a futurist fantasy guy spinning yarn to sell books? Or is he warming us up for the main event that may be even closer than he’s letting on?