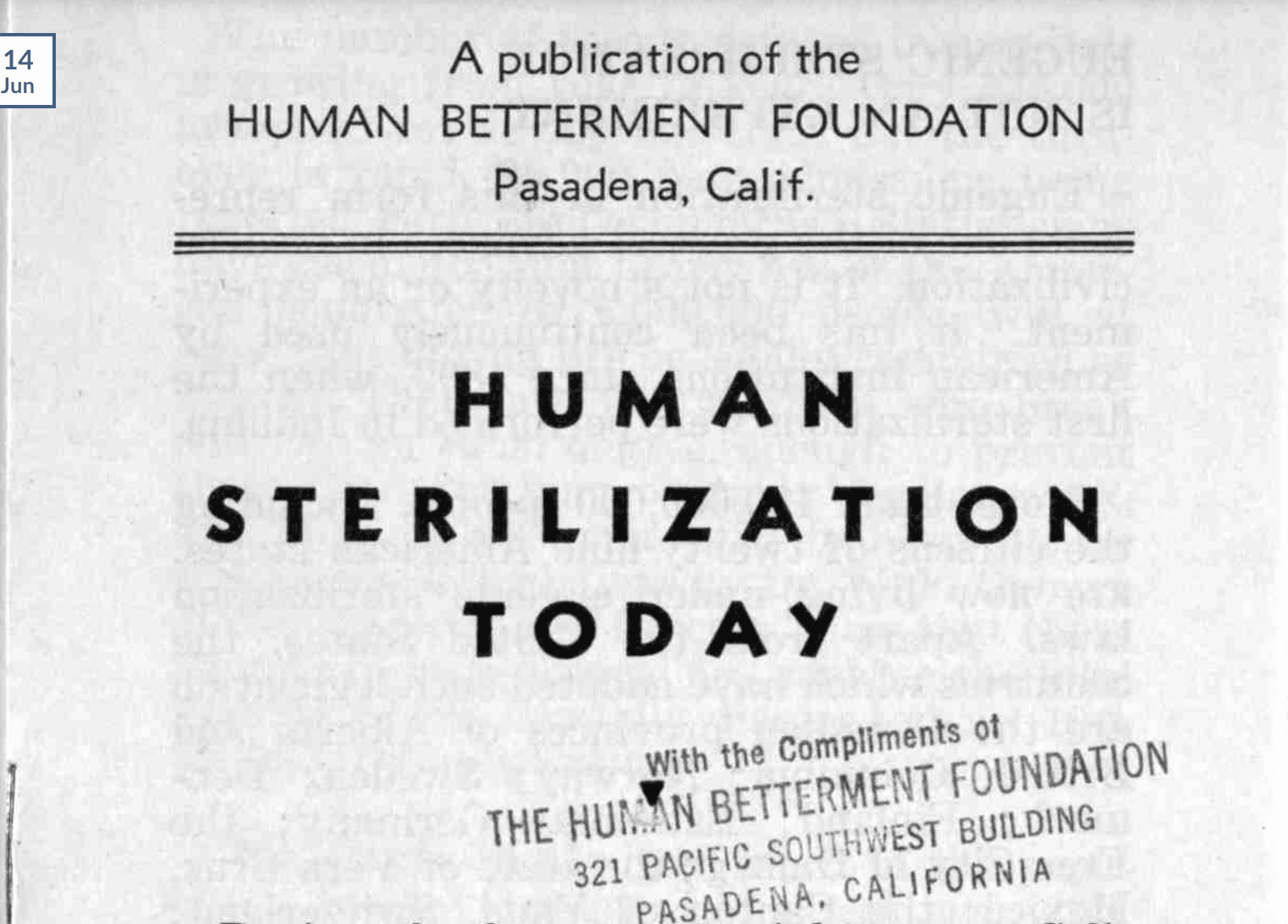 In the winter of 2021, I traveled to Salt Lake City to present on the threat of human capital finance, education technology, and sensor networks to children. Those talks are available here and here, slides here, and site visits here. Utah is the beehive state. I opened with a slide about bee populations that featured an article by Jonathan Matthews titled “Throwing Nature Under The Bus: GMO Bees And Robo-Bees.” The article critiques the assertion that following an insect apocalypse, robo-bees will provide pollinator ecosystem services. On paper at least such a transition would benefit impact investors and data harvesters, though it would be terrible for every other being on the planet. It is unlikely such technologies would work as advertised, if they even got off the drawing boards. A second facet of the article discussed use of synthetic biology to engineer super-bees that could withstand poisoned environments.

Welcome to the new world of “green” sustainability for “impact.”

In this series I will be drawing connections between Los Angeles-based billionaire Nicholas Berggruen’s “Transformations of the Human” initiative, which was launched in 2018 and operates out of Berkeley; Robert Hertzberg’s California Trust Framework legislation; and a horrific eugenic legacy that began with the Spanish Mission system and progressed to over 20,000 men and women sterilized between 1909 and 1963.

Esteemed California academics and business leaders in the 1930s advocated policies of forced sterilization that had global reach, even influencing Nazi “social hygiene.” California promoted sterilization of the “feeble-minded” as a therapeutic measure to save civilization by reducing the number lives that were not anticipated to be respectable and self-sustaining.

Source: The Homestead Blog, The Slippery Slope of Social Engineering: The Case of Paul Popenhoe

In recent years, universities have begun to take down statues and rename campus buildings named after the individuals involved with California’s sterilization program, which was carried out with the enthusiastic support of maternal health providers and state social workers. Decades later there were hearings and a public apology by Governor Davis in 2003, but no reparations were ever offered to California victims. A 2012 feature in CNN said that at one time, sterilization was required in order to be discharged from state institutions like Sonoma State Home, a facility that housed youth whose parents were unable to care for them due to their special needs or reasons of family economic instability or dysfunction.

Art Torres, a former state senator who wrote the 1979 legislation to prohibit institutionalized sterilization, said few people in the state are aware of this history. Victims feel officials are simply waiting for them to die off, so they can sweep the whole thing under the rug. My concern is that the impetus behind these dominating tendencies have not disappeared at all but are being rebranded with terms like precision medicine. The Galton Institute changed its name to Adelphi Genetics Forum in 2021 to distance itself from negative associations. The reasons for doing this are understandable, but as we remove of evidence of past harms, it feels like they are more likely to repeat themselves. Conditions of scarcity and competition in society have certainly not abated.

Human Betterment Foundation members carried out their work in Pasadena against the backdrop of the Great Depression, an era of economic upheaval not unlike what we’re seeing now with the Fourth Industrial Revolution. Sterilization was deemed a therapeutic required to preserve society and “good” families. I foresee on the horizon wellness protocols, including non-consensual medical interventions. In the four-minute clip below, David Roux, trustee of Jackson Labs in Maine, speaks to a future of managed breeding where intentional changes are made to the human germ line using cutting-edge technologies. In closing he makes it clear this is not a question of if, but when. “No fundamental technology breakthrough has sat on a shelf for long (CRISPR gene editing). It’s only a matter of time before someone blinks.”

Source: David Roux 2018 Lecture at the University of New England on Social Trauma and Technology

The flip side of genetic “enhancement” is weaponization as described by James Giordano and Diane DiEuliis’s 2017 article “Why Gene Editors Like CRISPR/Cas May Be A Game Changer For Neuroweapons,” an overview of the 8th Annual Review Conference of the Biological Toxins and Weapons Convention findings that year. Concerns expressed in this report, which was funded by Lawrence Livermore National Laboratory and the National Institutes of Health, center the use of gene-editing to strategically modify and enhance neurotoxins that target the brain and nervous system in ways that can modulate cognition, emotion, and behavior.

“…attempts at neuro-hacking will increase in both number and sophistication. It may be, for example, that more indirect means of hacking the brain will be concomitantly pursued, which involve manipulation of microbiome elements that have been shown to engage bidirectional signaling with the central nervous system and affect cognition and emotion and/or the generation of novel (but indirect) pharmacological or microbiological activators / effectors of neural function.” Source

The report acknowledged there were significant hurdles that would need to be overcome, like crossing the blood-brain barrier, but that the pace of research has outstripped regulatory controls. Additional concerns included the emergent bio-hacking community and potential use of weaponized bacteria and microbes by non-state actors.

It seems like rather than committing to heal the planet from the harm wrought by petrochemicals and radiation, green new deal scientists and their backers are doubling-down, embracing even more disruptive robotic, synthetic-biological, and nanotechnological “solutions” to reimagine life on earth as a networked bio-computational model. The nano-tech microbiome makeover won’t just be applied to bees. The goal is to pull ALL of us into its vortex. Carbon capture presages an attempted silicon coup of water-based life. Humans and invertebrates gradually replaced by the robot pretenders of Wyss Institute, Boston Dynamics, Sanctuary AI, and Sarcos. The robots we train will generate data with more fidelity than their trainers, but at the end of the day they’ll still never be more than golems.

Last week The Guardian floated an op-ed on Tamagotchi babies that I’m pretty sure was a trigger for OSINT (open signals intelligence) meant to train AI and shape future narratives. The author, EY Quantum AI consultant Catriona Campbell, proposed a future where people opt for digital children who live in the Metaverse over live babies. Ridiculous until you see that decarbonization imperatives and high-tech eugenics are meant to overlap. In the middle of that Venn diagram is a digital baby with a very small carbon footprint – digital babies digitally trained to become efficient digital workers and compliant digital citizens in quantum digital societies of joyless uniformity. Read more about Campbell’s ploy, and how it fits into the Society 5.0 twin impact agenda here.

Such shenanigans are typical for mind wars meant to normalize a pathological worldview where unimproved biology can eventually be deemed uncivilized, degenerate. How dare we choose not to become part of a cyber-physical system and opt-out of the internet of bodies? Give it five to ten years. That’s where this road leads. Through targeted use of social pressure, those in power will attempt to make data-commoning and biohacking to “save” the planet the obligation of all “responsible” citizens. You can see the contempt for material existence in a recent Guardian interview with transhumanist author Elise Bohan. Bohan, a young British poet who fell into Kurzweil fantasy, now eschews “meatspace” life in favor of a godless AI technocracy. They’re always tapping women influencers to peddle futures where natural reproduction has been made obsolete. Grim, but at the end of the day just another jangling bit of clap trap jostling for space in our psyche.

Berggruen and Hertzberg’s efforts to manifest a new type of superhuman is firmly situated in California’s eugenic legacy built on the Spanish Mission domination program. These efforts embody the dangers in uncritically embracing scientific management and pseudo-progressivism. Before launching into a future where natural life is expected to be augmented to better meet the needs of emergent mechanized hivemind consciousness, we would do well to revisit the harms corporate-backed government has done in the name of the common good. These devastating acts were carried out by religious authorities, business leaders, and academics at elite institutions.

We are human. We make mistakes, sometimes terrible mistakes. But it is our duty not to brush the past under the rug and pretend it has no bearing on the choices we make today. This is the first part of a lengthy series. I’ll be posting new installments throughout the week. Stay tuned.

Part 3: The “Magic” of Radio-Eugenics and Holographic Twins

Part 4: Ritual Gaming and Berggruen’s Transformation of the Human