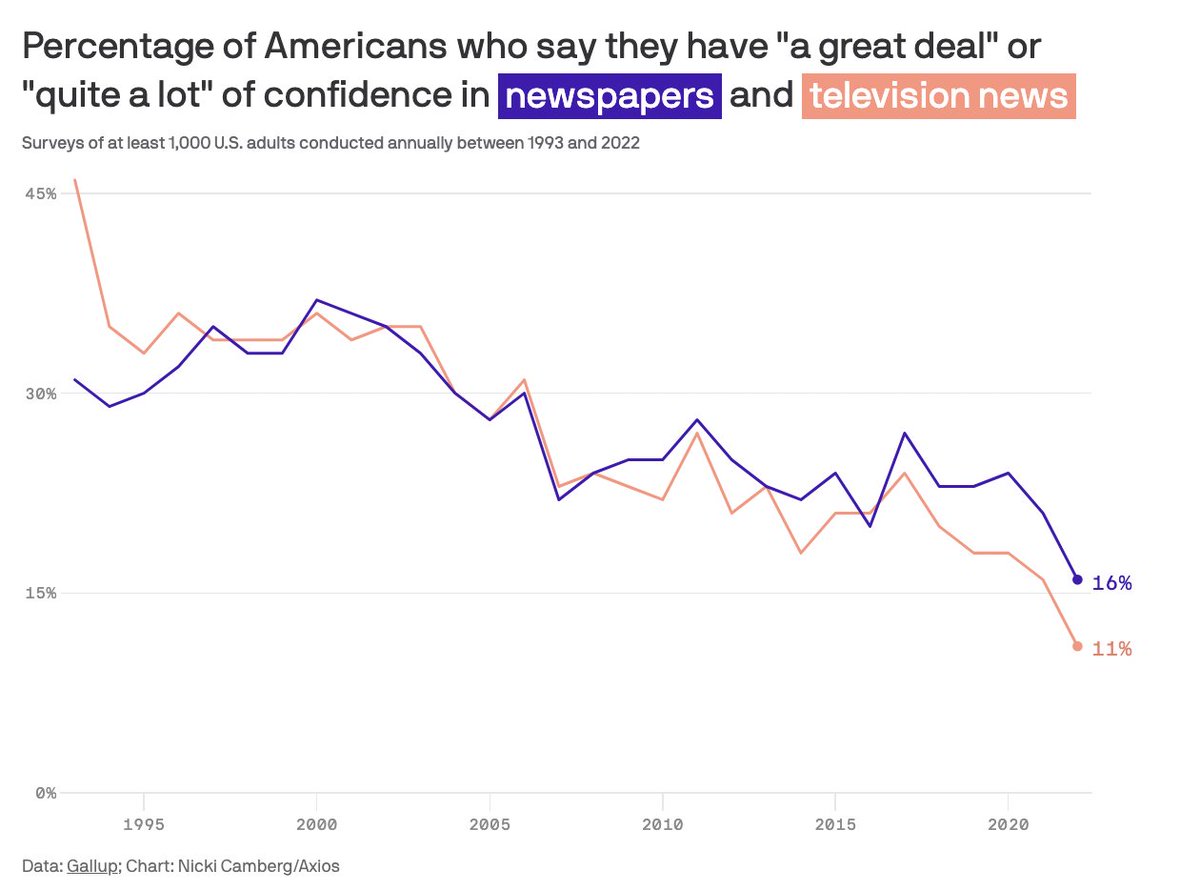 Percentage of Americans who say they have “a great deal” or “quite a lot” of confidence in newspapers and television news.

Americans’ confidence in newspapers and television news has plummeted to an all-time low, according to the latest annual Gallup survey of trust in U.S. institutions.

Why it matters: The erosion of trust in media is one of the most significant signs of deepening polarization in America.

Details: Television news is today considered the second-least trusted institution in the country, following Congress, according to the poll.

By the numbers: The trust fall in the news media been driven mostly by Republicans, according to the data.

The big picture: The media trust gap between Democrats and Republicans began to widen during the the Bush and Obama administrations, but grew dramatically during the Trump era and has continued to widen.

Between the lines: The lack of trust in traditional news institutions is growing as partisan voices become more accessible online.

Yes, but: The internet can’t be fully blamed for the erosion of media trust. And distrust in traditional institutions could force them to reckon with institutional problems, like a lack of diversity.