Prepare For Change
Home Media Good Guys With Guns Are the Solution, Not the Problem 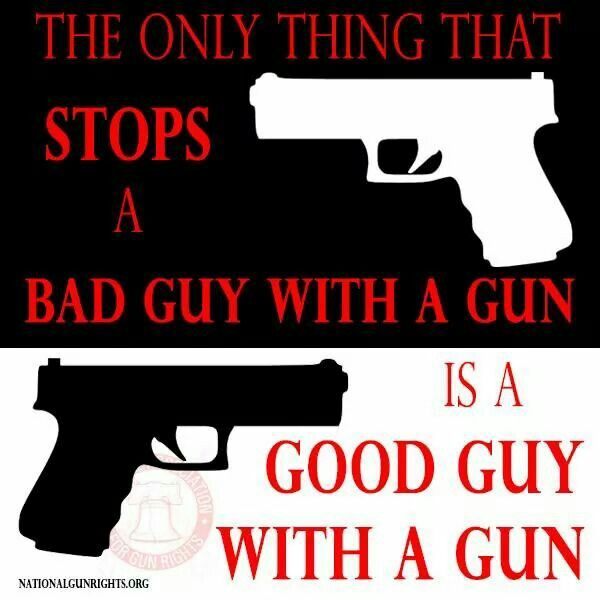 An Argument for Good Guys With Guns
Nothing depresses libs more than heroic gun use against mass shooters.

No phrase is hated more by the anti-gun cartel than “the way to stop a bad guy with a gun is a good guy with a gun.” It challenges the narrative that guns in America are inherently bad and that the Second Amendment is obsolete. But the truth of that phrase was emphasized on July 18 in Greenwood, Indiana, when a passerby in a shopping mall shot and killed a mass shooter 15 seconds into a rampage that had already caused three deaths. The hero was legally carrying a concealed handgun. As he engaged the shooter, Elisjsha Dicken, the “Good Samaritan,” waved bystanders away from the scene. Local police credit Dicken with saving the lives of countless other victims. Days before, Indiana made actions like those of Mr. Dicken legal. Simultaneously, New York made it certain that such an intervention will either never happen or, if it does, be deemed illegal in that state.

The new high priestess of the gun control cult is New York Gov. Kathy Hochul, who recently signed legislation that will make carrying a concealed weapon by a potential Good Samaritan — even if the owner has a permit — illegal in virtually every venue where a mass shooting has occurred in the last few decades. These venues include schools, public transportation, public gatherings like parades, and places where alcohol is sold, such as the Tops supermarket in Buffalo, the site of the most recent mass shooting in New York.

Hochul’s initiation of the legislation was designed to show her contempt of the recent Supreme Court decision New York State Rifle & Pistol Association v. Bruen, which overturned New York’s ridiculous 100-year-old gun permit requirements. It is also a slap aimed at New York’s legal gun owners by making it much harder for law-abiding citizens to legally own guns. It will do nothing to stem the infestation of gang-related gun violence plaguing New York’s cities. Virtually none of the weapons terrorizing New York are in the hands of lawful citizens. Gov. Hochul is striving to ensure that the only guns on the street are those in the hands of criminals.

If his heroism had occurred in New York, Mr. Dicken probably would have been arrested because the mall where the shooting took place did not have a specific sign allowing concealed carry. Even before the Supreme Court ruling, New York had the toughest gun regulations in the country. It also had one of the highest rates of gun violence as progressives like Hochul made it impossible to enforce any laws due to bail reform. This insanity was highlighted on July 21 when an attacker armed with brass knuckles assaulted the Republican nominee for governor. After being subdued by bystanders, the assailant was released without bail due to Democrat bail-reform initiatives.

The leftist anti-gun mafia has two responses to situations where armed citizens intervene in a heinous crime. The first is to try to ignore it, and the second is to somehow blame the hero. Both happened in the wake of the Greenwood, Indiana, mall incident. In an effort to downplay citizen interventions, the mainstream media continued to pound away at the Uvalde shooting the day Mr. Dicken prevented a truly horrific massacre, while the Indiana event got a mere handwave in the mainstream media. On July 18, the Washington Post devoted three major stories to the month-old Uvalde investigation but only one to the interrupted Indiana mall shooting, and half of that article was a thinly disguised editorial about the dangers of citizen intervention in such incidents. PBS NewsHour spent its headline segment on the Uvalde investigation and less than one minute on the Greenwood shooting.

We also saw the “blame the hero” approach, which generally takes two lines of argument. The first argues that only the police should intervene in such situations. The counter to that is one word — Uvalde. There, one determined deer hunter or competitive pistol shooter could have done in minutes what nearly 400 law enforcement officials could not or would not do in 78. Some of the civilians who tried to intervene were forcibly restrained by police. The second argument claims that an armed civilian, acting as a Good Samaritan, might accidentally shoot an innocent bystander. This is also an argument frequently used against arming schoolteachers. Even the best SWAT teams see friendly fire incidents in hostage-rescue situations. Collateral damage is theoretically possible in any such situation, but places like Parkland, Buffalo, and Uvalde show the consequences of doing nothing. (READ MORE: Good Samaritans With Guns Make the World Safer)

Legitimate gun owners are used as scapegoats whenever there is a mass shooting as they are easy to identify because they comply with the law. Gang members, homicidal psychopaths, and violent career criminals are protected by a web of well-meaning progressive initiatives that coddle criminals and routinely ignore existing red-flag warnings. Critics of concealed-carry laws argue that civilian intervention has only occurred in 10 of the 430 cases of mass shootings, but those 10 cases represent countless lives saved.

Kathy Hochul is a poster child for good intentions. Progressives like her seem to truly believe that the real bad guys will obey NO GUNS ALLOWED signs in public places. The road to hell may not be paved with good intentions, but good intentions will continue to pave the roads of places like Highland Park, Illinois, and the parking lot of the Tops Supermarket in Buffalo, New York.