Prepare For Change
Home Discernment Recession? They Will Tell Us That It’s Misinformation 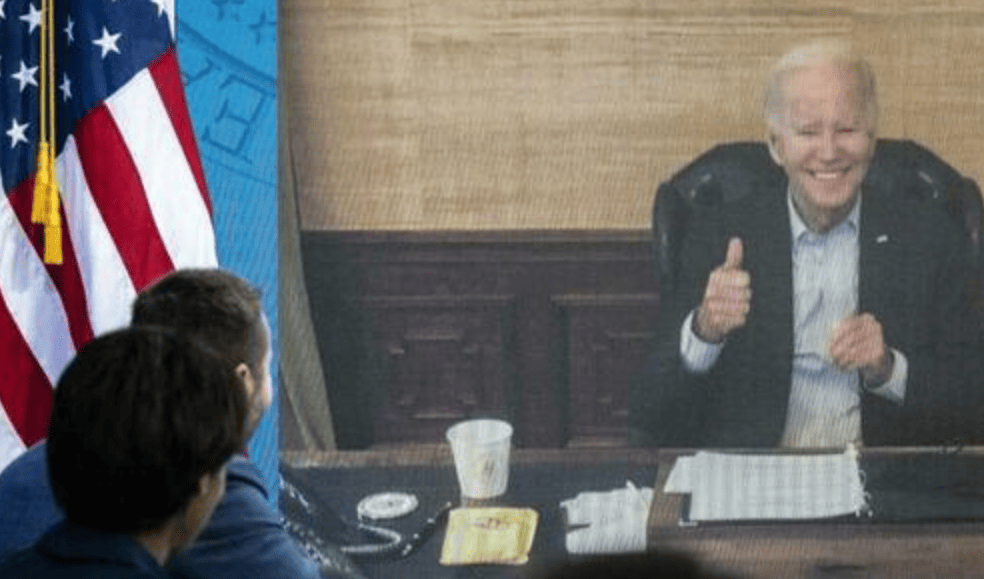 Last week, this space speculated that the next recession may never be called what it is. Government agencies rely entirely on the National Bureau for Economic Research to call it either way. In October 2020, the NBER posted a clarification that it doesn’t accept the textbook definition of two successive quarters of output decline, but instead deploys a more holistic view.

As an example of such a deployment, NBER lists March to April 2020 as a recession because of the severity of the downturn and the high levels of unemployment. It’s hard to disagree with that judgment, although it was one of the strangest recessions in history: It was entirely forced by lockdowns. NBER in this case was using a stricter definition than the textbook.

Now the White House is running with this looser approach, preparing a propaganda push later this week if the second quarter numbers report a negative return. You’ll see: The spokesperson will absolutely deny there’s a recession. Saying there is one will suddenly be seen as a political statement. Affirming that all is well will be the “information,” whereas saying otherwise will become “misinformation.”

As for NBER, it’s a cautious organization and will likely wait several more quarters before weighing in at all.

Here’s the White House statement to prepare the way: “Recession probabilities are never zero, but trends in the data through the first half of this year used to determine a recession are not indicating a downturn.”

The statement went into more detail:

“What is a recession? While some maintain that two consecutive quarters of falling real GDP [gross domestic product] constitute a recession, that is neither the official definition nor the way economists evaluate the state of the business cycle. Instead, both official determinations of recessions and economists’ assessment of economic activity are based on a holistic look at the data—including the labor market, consumer and business spending, industrial production, and incomes. Based on these data, it is unlikely that the decline in GDP in the first quarter of this year—even if followed by another GDP decline in the second quarter—indicates a recession.”

What are the factors that the White House pushes to mitigate against the declaration? No inflation. Never. Instead, the statement emphasizes that “industrial production, employment, and real spending have grown this year.” Note the careful wording: “This year” doesn’t mean right now.

The subject of employment we’ve written about extensively; the labor shortage is spooky and accounts for the whole of the seemingly low numbers in technical unemployment. The 2020 lockdowns introduce labor-market chaos that’s nowhere near being resolved and likely won’t be until there are major structural reforms that deregulate markets and curb the subsidies for the idle.

As for real spending, Americans are depleting savings at a massive rate and borrowing in ways that reverse two-year trends. To see this as a good thing would require full immersion in 90-year-old Keynesian hydraulics. The reality is more clearly discerned by the intuition that this isn’t a good trend. It’s why most Americans today feel like they’re paddling upstream and still falling back. It feels like economic regression, and the data show that it is.

It’s truly hard to believe that the White House wants to invoke these trends in defense of the idea that the recession isn’t already here.

That leaves industrial production as a trend celebrated by the White House. Let’s have a look. The total index is precisely where it was in 2018, which, in turn, reflects its level in 2008, the year that ended a full century of ever higher growth. The consumer goods index hasn’t recovered its 2008 highs, nor has manufacturing goods.

In all three categories, the latest data from June 2022 show declines! This is why the press release wants to talk about “this year” rather than last month.

It’s hard to imagine that this is what the White House considers brag-worthy. To be sure, the United States has moved away from manufacturing toward services, and there might not be anything particularly wrong with that as such. But if you’re going to brag about a vibrant manufacturing sector, you should be able to demonstrate that something like that exists.

So even if you want to toss out the two-quarters-of-decline standard, the White House is lacking in substance. What’s more, historian Phil Magness has discovered that several federal statutes actually depend on the two-quarter definition. For example, the 1984 Gramm-Rudman-Hollings Act included an escape clause to its balanced-budget strictures: Congress could spend more in a recession as defined by two quarters of decline. Several other federal statutes invoke the same.

What’s more, the Bank of England, the Bank of Canada, and most high-circulation macroeconomic textbooks use the rule-of-thumb definition of two quarters of output decline. The NBER saw the need to venture away from that convention to declare a lockdown-based depression, and that makes sense. Having done so then, however, they’ll now face pressure to delay the declaration of this recession as long as possible, probably until after the November election.

If this follows the trajectory of everything else we’ve seen from this administration, the denials will grow increasingly aggressive over time. Then they’ll enlist social media and Big Tech. Pretty soon, you could be risking a Twitter ban merely for saying the unsayable that the economy is in recession. Maybe that sounds crazy right now, but wait for it: In a few months, it could become a reality.

Economics is a reality-based discipline. It highlights natural forces and the real-world limitations of government power and propaganda. This is why every despot in history, from Napoleon to Mao to Brezhnev, has turned against the economists. The “dismal science” is a name the discipline earned because of its hard opposition to slavery. To this day, governments that aspire to overweening power have targeted economics for silencing and discrediting.

We’re about to see the confrontation between economic reality and postmodern political theory, in which anything the state imagines to be true is automatically true merely because the state says it is. We’ve already seen signs of this with the presidential spokesperson routinely rattling off obviously false claims that this is the greatest economy we’ve ever had.

The first estimate of second quarter GDP comes out at 8:30 a.m. EDT on July 28. The pressure is on. Maybe the White House will get a reprieve and the initial numbers won’t be so bad. In that case, the champagne will flow on Pennsylvania Avenue, but they should be careful. Americans today are scared and furious, with full knowledge that the standard of living they once knew only a few years ago is rapidly draining away.

Indeed, the economic health of the U.S. economy isn’t much different from the job approval numbers of Biden himself, which are now drifting toward the low of 30 percent. It doesn’t matter how many op-eds appear in The New York Times that say otherwise. People know the truth because they see it in their bank accounts and feel it in their lost hopes and dreams for a bright future.