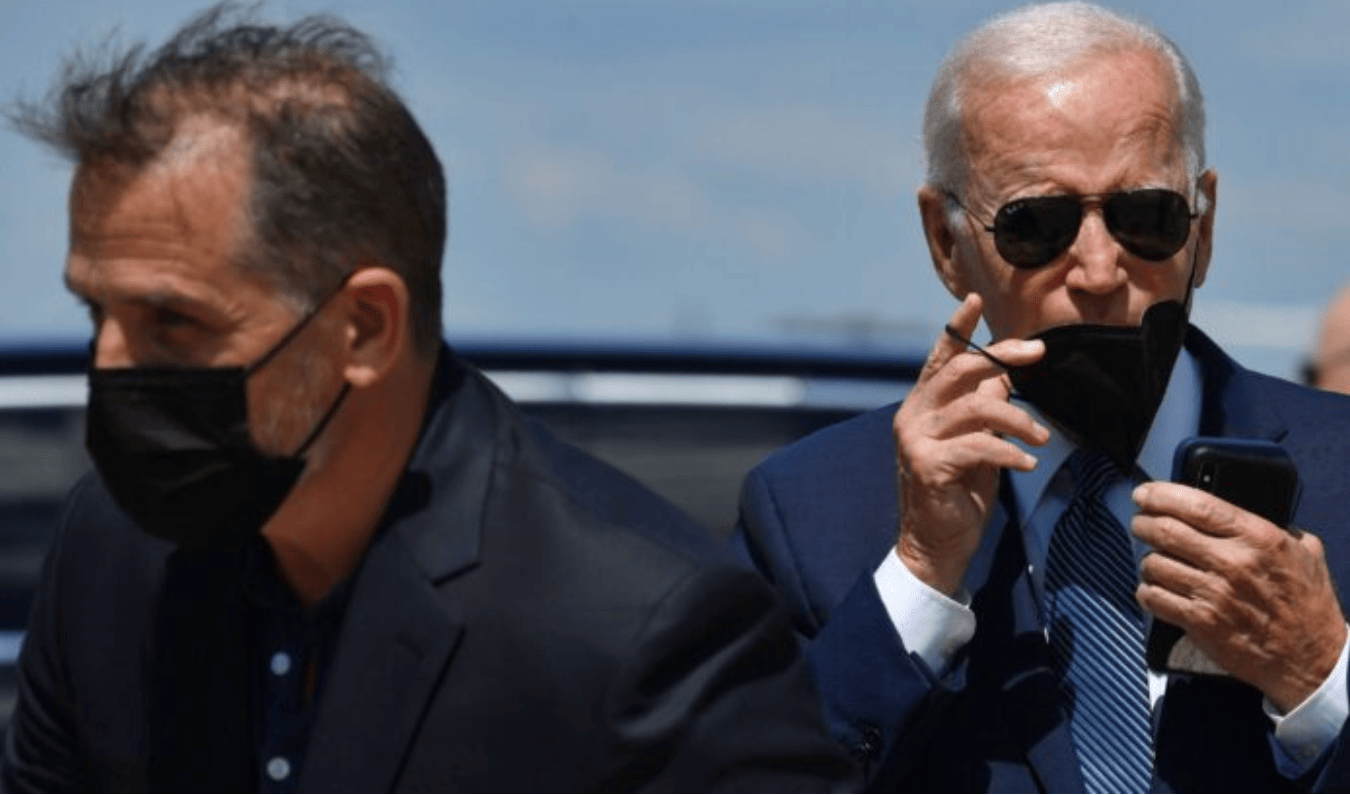 The Biden family was selling U.S natural gas to China long before Joe Biden became president, who was aware of how his son Hunter Biden was making the sale possible, according to Rep. James Comer (R-Ky.), ranking member of the House Oversight Committee, citing documents and information provided by a whistleblower.

Hunter Biden had a Chinese Communist Party member as his assistant while dealing with the Chinese side for the shipping of American natural gas to China in 2017, and the Biden family was promising business associates that they would reap rewards once Biden became president, said Comer in a letter to Treasury Secretary Janet Yellen dated Sept. 20.

“The President has not only misled the American public about his past foreign business transactions, but he also failed to disclose that he played a critical role in arranging a business deal to sell American natural resources to the Chinese while planning to run for President,” Comer wrote.

Joe Biden, Comer said, was a business partner in the arrangement and had office space to work on the deal, and a firm he managed received millions from his Chinese partners ahead of the anticipated venture.

While part of what Comer stated had previously been reported in the news, the letter, citing whistleblower testimonies, as well as emails, a corporate PowerPoint presentation, screenshot of encrypted messages, and bank documents that committee Republicans obtained, provides a more complete picture suggesting Biden’s knowledge and involvement in the plan from at least 2017.

From 2017 to 2021, the Bidens promised business associates that Joe Biden would run for president in 2020 and those who worked with them from 2017 onward would “reap the rewards in a future Biden administration,” according to Comer’s recount of a whistleblower testimony to Oversight Committee Republicans.

“As America now struggles in an energy crisis, it is critical to understand why the Biden family was selling American energy reserves to the Chinese, if that is affecting President Biden’s decision making today, and why President Biden has never disclosed his relationship with the Chinese to the American public,” Comer wrote to Yellen.

“If President Biden has worked to enrich not only himself but his family by promising, in exchange for millions of dollars, access or policy influence in a future Biden Administration, Congress and the American people are entitled to that information.”

‘Good for Both the United States and China’

Emails attached in the letter show that Hunter Biden was actively facilitating the natural gas deal with top executives from the now-defunct CEFC China Energy, at the time one of the largest energy firms in China.

In a November 2017 email to CEFC executive Dong Gongwen, Hunter told his partner he had sent information regarding liquified natural gas opportunities in Louisiana.

“We began to investigate the opportunities in United States well before the public announcement by the Chinese government of its interest in Natural Gas imports from around the world,” Hunter wrote. He offered the prospect of contracts for large quantities of liquified natural gas “at very competitive rates” in the short term, as well as the possibility of acquisition or partnership in a promising natural gas project in Louisiana that would advance CEFC’s long term goals.

“The proposal I have shared with you has the added benefit of being good for both the United States and China simultaneously,” he added.

According to the letter, Hunter’s Chinese assistant, Bao Jiaqi, who previously worked as the research assistant at China’s macroeconomic management agency National Development and Reform Commission, sent him a detailed presentation containing political and topography maps, along with Chinese annotations, carving up America based on natural gas reserves. The 30-page presentation made particular emphasis on Pennsylvania, Louisiana, Texas, Oklahoma, and Wyoming.

The emails that accompanied the slides revealed a plan to advance a natural gas sale to China through Hudson West III LLC, a company set up by Hunter and CEFC officials, according to the letter.

By one whistleblower’s account, Joe Biden was an “obfuscated partner” in the transactions with the Chinese, and his son would hold 10 percent of the joint venture to hide his involvement, according to Comer’s letter. The same information was previously confirmed by former business associate Tony Bobulinski to The Epoch Times.

“Don’t mention Joe being involved, it’s only when [you] are face to face, I know [you] know that but they are paranoid,” an associate for Hunter told another partner on May 20, 2017, in a WhatsApp conversation, a screenshot of which was attached in the letter.

“Ok they should be paranoid about things,” the other replied.

In what Comer speculated to be a “mistake” on Hunter’s part, Hunter wrote in a September 2017 email requesting to “have keys made available for new office mates,” who he identified to be the senior Biden, Jill Biden, and the President’s brother, Jim. Hunter gave his father and uncle’s personal cell phone number in case the recipient needed to call for confirmation.

Cecilia Browning, the general manager of the office building, responded the same day to Hunter’s request. “We are very excited and honored to welcome your new colleagues!” she wrote, according to a copy of the email from Hunter’s alleged laptop.

The White House has maintained that Hunter and the president “were not office mates.” The senior Biden has said that he’s never discussed Hunter’s business with his son. The Epoch Times has reached out to the White House and Hunter’s lawyer for additional comment regarding Comer’s letter.

During a recent interview on “60 Minutes,” the president was asked if Hunter’s dealings have caused conflicts for him or the United States. The senior Biden answered in the negative.

“There’s not a single thing that I’ve observed at all that would affect me or the United States relative to my son Hunter,” he said.

Democrats, on the same day Comer sent out the letter, voted down a resolution the Republican lawmaker proposed to have the president hand over documents relating to the Biden family’s foreign business dealings.