Prepare For Change
Home Discernment Dr. Peter McCullough is being progressively stripped of his medical credentials 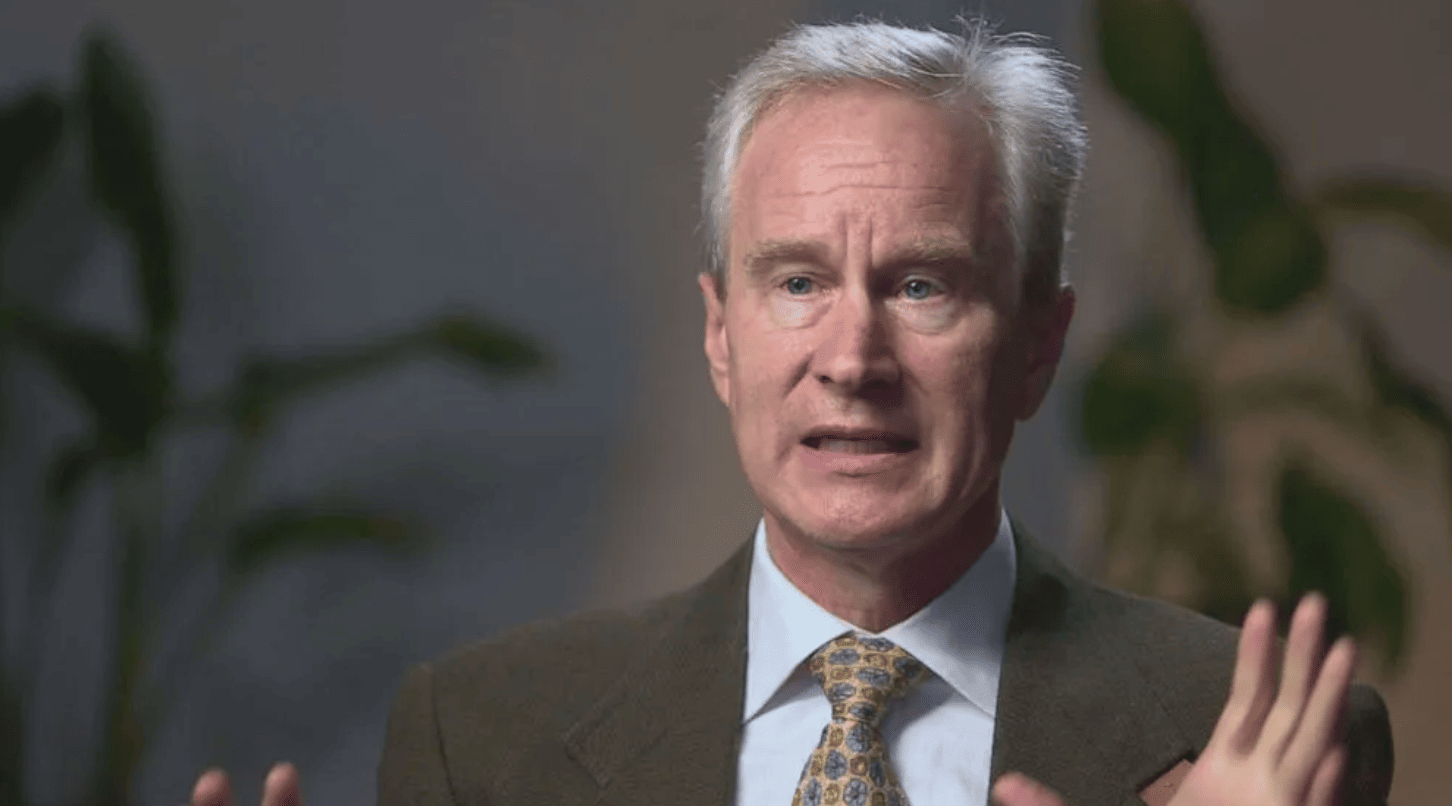 Dr. Peter McCullough, one of the most respected doctors in the world, has been a beacon of light throughout this pandemic. His reward for speaking the truth? He’s being stripped of his credentials.

Peter McCullough is an author of 677 articles published in the scientific peer-reviewed journals. He’s one of the most respected cardiologists in the world. He’s been right about everything throughout the pandemic. He has an encyclopedic memory of every paper he’s ever read. And he’s just a wonderful, nice person to boot. You really never met a nicer guy.

He’s sacrificed everything so he can speak the truth about the COVID policies. If there was one COVID advisor that the government should be listening to, Dr. Peter McCullough would be at the top of every list.

So how is he being rewarded for having the courage to speak the truth?

I got this message from him this morning:

I was terminated as the Editor-In-Chief of Cardiorenal Medicine and Reviews in Cardiovascular Medicine after years of service and rising impact factors.  There was no phone call, no board meeting, no due process.  Just e-mails or certified letters.  Powerful dark forces are working in academic medicine to expunge any resistance to the vax.

Yesterday I was stripped of my board certifications in Internal Medicine and Cardiology after decades of perfect clinical performance, board scores, and hundreds of peer reviewed publications.

None of this will stop until there is a “needle in every arm.”

Want to see what the medical journal said about his termination? Here it is:

Yet another Editor-In-Chief termination for not following the narrative

I also received this message from Dr. Ronald Kostoff who authored a paper showing how deadly the vaccines are:

The EIC of Food and Chemical Toxicology (FCT) has resigned.  Based on his letter below, there are myriad reasons, but I suspect the main one is the pushback from having published the Seneff et al article.  In my view, this does not bode well for the Seneff article.  Hope I’m wrong.

Here is the email the Editor-in-Chief sent out:

From: José Luis Domingo Roig <[email protected]>
Date: Fri, Oct 28, 2022 at 6:17 AM
Subject: My resignation as Editor-in-Chief of FCT induced by the PUBLISHER. Currently FCT is a BLUFF!
To: <redacted>

Due to deep discrepancies in the way of directing FCT in recent months, a few days ago (October 16th) I sent to our Publisher, Jagna Mirska, a resignation message and early termination of my agreement with FCT (my current contract would end on December 31, 2023). The resignation was accepted yesterday. It means that I will end of receiving new submissions on November 6th (21 days after the date of resignment, based on the clausula of the agreement).

Firstly, I want to thank your valuable help during the 6 years and 10 months in which I have been the Editor-in-Chief (EiC) of the Journal. Of course, without your valuable collaboration as Editors, AEs, authors and reviewers, the great achievements of FCT would have not been possible. You will remember that in 2021, FCT reached the first position (according to the Clarivate IF) among all the Journals on general toxicology. We were going for an IF = 7.0, never reached before by a toxicology journal. From now on, and with the new EiC, curiously appointed before being my resignation accepted, Dr Bryan Delaney (according to Scopus, he has 57 documents and h-index: 20), I am afraid you can forget about this.

I ignore if you are aware of this. The significant decrease in the IF (from 6.0 in 2020 to 5.5 in 2021) was mainly because Clarivate included the RIFM documents published in FCT as citable items. Since I was appointed EiC of FCT, the IF had been continuously increasing until surpassing that of Arch Toxicol, doubtless the Journal #1 during years in general toxicology. I cannot understand why Clarivate included the RIFM documents as citable items, when it is evident that they are not scientific papers. However, in spite of my claims to the Publisher, I have no record on the negotiations between Clarivate and the Direction of FCT to solve this incongruity. It seems that for the Direction of FCT, the IF is not something sufficiently important for the prestige of the Journal. The IF is something important only for all of us, but not for them. The economic benefits obtained with the publication of the RIFM documents are doubtless much more important. I have never been informed on the sum obtained by publishing these documents, which are a drag for the IF of FCT.

On the other hand, since a few months ago FCT is the Official Journal of the Chinese SOT, another of my points of concern. Right now, more than 70-75% of our submissions come from China. If one of my main concerns had always been the lack of submissions from expert authors in Canada-USA/Europe, who can think that being now FCT the official journal of the Chinese SOT, this will increase the number of US/European good submissions? I do believe that just on the contrary. In a couple of years, the papers from non-Chinese authors will be the exception.

Just a couple of years ago -and this is written- the Publisher of FCT suggested to me that we should be very careful with the number of papers accepted from Chinese colleagues. Interestingly, 2 years later, FCT is the Official Journal of the Chinese SOT. I am sure that the Publisher did not inform them -when the agreement was signed- on her previous suggestion. However, I assume that the agreement with the Chinese SOT should mean a good (economic) injection for the Journal and she and her Bosses will be happy.

Last, but not the least. A few months ago, I published in FCT an Editorial on the lack of publications of studies on the potential toxicological effects of the vaccines for the COVID-19. I have not any proof, just feelings, but I think that the Editorial -and its consequences, among others, with a Review-paper published in FCT that I have not allowed to retract- was the final nail in my coffin.

Doubtless, and based on my almost 7 years as EiC, I should highlight that the commercial interests and economic benefits are the main priority in FCT. No the quality of the papers, and the prestige of the Journal based on the IF.

Economic benefits are currently the most important for the Direction of FCT. The scientific interest is just for us, the authors, who pay for publishing in Open Access, for the reviewers who work for nothing (sooner than late the reviewer will be paid), and for most Editors -like me- who have not had an only day of vacation in the last 7 years. All of you, who have contacted me during that time, know well this how fast are my responses.

I am fully disappointed with the Direction of FCT. Instead of solving the above indicated problems -created by them- they have accepted rapidly my resignment, because probably I was going a burden for them. It does not matter what you and I have done by the Journal. Science is not their business although they try to dress it as such. A BIG LIE!

I would sincerely appreciate your thoughts and ask for your support in the way that you feel more appropriate. A good response could be to quarantine FCT (without agreeing to review or publish) until the Direction decide that the scientific issues are a priority. I may be deluded, but maybe we can.

Thanks again for your valuable help during these years.

PS. Please pass this message to your colleagues. Thank you