Prepare For Change
Home Awakening The Gaslighting of the Masses 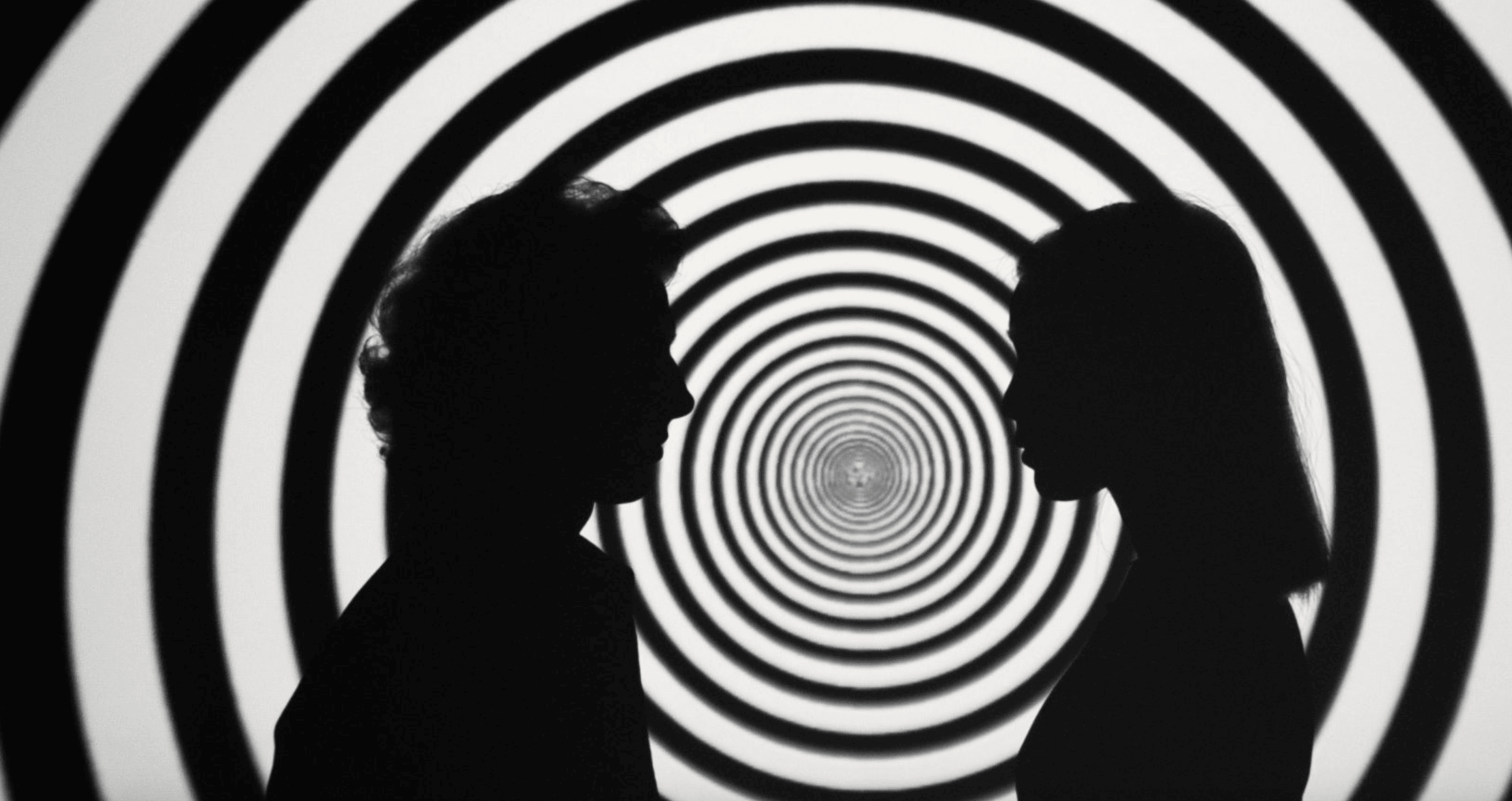 or students of official propaganda, mind control, emotional coercion, and other insidious manipulation techniques, the rollout of the New Normal has been a bonanza. Never before have we been able to observe the application and effects of these powerful technologies in real-time on such a massive scale.

In a little over two and a half years, our collective “reality” has been radically revised. Our societies have been radically restructured. Millions (probably billions) of people have been systematically conditioned to believe a variety of patently ridiculous assertions, assertions based on absolutely nothing, repeatedly disproved by widely available evidence, but which have nevertheless attained the status of facts. An entire fictitious history has been written based on those baseless and ridiculous assertions. It will not be unwritten easily or quickly.

I am not going to waste your time debunking those assertions. They have been repeatedly, exhaustively debunked. You know what they are and you either believe them or you don’t. Either way, reviewing and debunking them again isn’t going to change a thing.

Instead, I want to focus on one particularly effective mind-control technology, one that has done a lot of heavy lifting throughout the implementation of the New Normal and is doing a lot of heavy-lifting currently. I want to do that because many people mistakenly believe that mind-control is either (a) a “conspiracy theory” or (b) something that can only be achieved with drugs, microwaves, surgery, torture, or some other invasive physical means. Of course, there is a vast and well-documented history of the use of such invasive physical technologies (see, e.g., the history of the CIA’s infamous MKULTRA program), but in many instances mind-control can be achieved through much less elaborate techniques.

One of the most basic and effective techniques that cults, totalitarian systems, and individuals with fascistic personalities use to disorient and control people’s minds is “gaslighting.” You’re probably familiar with the term. If not, here are a few definitions:

“the manipulation of another person into doubting their perceptions, experiences, or understanding of events.” American Psychological Association

“an insidious form of manipulation and psychological control. Victims of gaslighting are deliberately and systematically fed false information that leads them to question what they know to be true, often about themselves. They may end up doubting their memory, their perception, and even their sanity.” Psychology Today

“a form of psychological manipulation in which the abuser attempts to sow self-doubt and confusion in their victim’s mind. Typically, gaslighters are seeking to gain power and control over the other person, by distorting reality and forcing them to question their own judgment and intuition.” Newport Institute

The main goal of gaslighting is to confuse, coerce, and emotionally manipulate your victim into abandoning their own perception of reality and accepting whatever new “reality” you impose on them. Ultimately, you want to completely destroy their ability to trust their own perception, emotions, reasoning, and memory of historical events, and render them utterly dependent on you to tell them what is real and what “really” happened, and so on, and how they should be feeling about it.

Anyone who has ever experienced gaslighting in the context of an abusive relationship, or a cult, or a totalitarian system, or who has worked in a battered women’s shelter, can tell you how powerful and destructive it is. In the most extreme cases, the victims of gaslighting are entirely stripped of their sense of self and surrender their individual autonomy completely. Among the best-known and most dramatic examples are the Patty Hearst case, Jim Jones’ People’s Temple, the Manson family, and various other cults, but, the truth is, gaslighting happens every day, out of the spotlight of the media, in countless personal and professional relationships.

Since the Spring of 2020, we have been subjected to official gaslighting on an unprecedented scale. In a sense, the “Apocalyptic Pandemic” PSYOP has been one big extended gaslighting campaign (comprising countless individual instances of gaslighting) inflicted on the masses throughout the world. The events of this past week were just another example.

Basically, what happened was, a Pfizer executive confirmed to the European Parliament last Monday that Pfizer did not know whether its Covid “vaccine” prevented transmission of the virus before it was promoted as doing exactly that and forced on the masses in December of 2020. People saw the video of the executive admitting this, or heard about it, and got upset.

They tweeted and Facebooked and posted videos of Pfizer CEO Albert Bourla, Bill Gates, the Director of the CDC, official propagandists like Rachel Maddow, and various other “experts” and “authorities” blatantly lying to the public, promising people that getting “vaccinated” would “prevent transmission,” “protect other people from infection,” “stop the virus in its tracks,” and so on, which totally baseless assertions (i.e., lies) were the justification for the systematic segregation and persecution of “the Unvaccinated,” and the fomenting of mass fanatical hatred of anyone challenging the official “vaccine” narrative, and the official New Normal ideology, which hatred persists to this very day.

The New Normal propaganda apparatus (i.e., the corporate media, health “experts,” et al.) responded to the story predictably. They ignored it, hoping it would just go away. When it didn’t, they rolled out the “fact-checkers” (i.e., gaslighters).

The Associated Press, Reuters, PolitiFact, and other official gaslighting outfits immediately published lengthy official “fact-checks” that would make a sophist blush. Read them and you will see what I mean. They are perfect examples of official gaslighting, crafted to distract you from the point and suck you into an argument over meaningless details and definitions. They sound exactly like Holocaust deniers pathetically asserting that there is no written proof that Hitler ordered the Final Solution … which, there isn’t, but it doesn’t fucking matter. Of course Hitler ordered the Final Solution, and of course they lied about the “vaccines.”

The Internet is swimming with evidence of their lies … tweets, videos, articles, and so on.

Which is what makes gaslighting so frustrating for people who believe they are engaged in an actual good-faith argument over facts and the truth. But that’s not how totalitarianism works. The New Normals, when they repeat whatever the authorities have instructed them to repeat today (e.g., “trust the Science,” “safe and effective,” “no one ever claimed they would prevent transmission”), could not care less whether it is actually true, or even if it makes the slightest sense.

These gaslighting “fact-checks” are not meant to convince them that anything is true or false. And they are certainly not meant to convince us. They are official scripts, talking points, and thought-terminating clichés for the New Normals to repeat, like cultists chanting mantras at you to shut off their minds and block out anything that contradicts or threatens the “reality” of the cult.

You can present them with the actual facts, and they will smile knowingly, and deny them to your face, and condescendingly mock you for not “seeing the truth.”

But here’s the tricky thing about gaslighting.

In order to effectively gaslight someone, you have be in a position of authority or wield some other form of power over them. They have to need something vital from you (i.e., sustenance, safety, financial security, community, career advancement, or just love). You can’t walk up to some random stranger on the street and start gaslighting them. They will laugh in your face.

The reason the New Normal authorities have been able to gaslight the masses so effectively is that most of the masses do need something from them … a job, food, shelter, money, security, status, their friends, a relationship, or whatever it is they’re not willing to risk by challenging those in power and their lies. Gaslighters, cultists, and power freaks, generally, know this. It is what they depend on, your unwillingness to live without whatever it is. They zero in on it and threaten you with the loss of it (sometimes consciously, sometimes just intuitively).

Gaslighting won’t work if you are willing to give up whatever the gaslighter is threatening to take from you (or stop giving you, as the case may be), but you have to be willing to actually lose it, because you will be punished for defending yourself, for not surrendering your autonomy and integrity, and conforming to the “reality” of the cult, or the abusive relationship, or the totalitarian system.

I have described the New Normal (i.e., our new “reality”) as pathologized-totalitarianism, and as a “a cult writ large, on a societal scale.” I used the “Covidian Cult” analogy because every totalitarian system essentially operates like a cult, the main difference being that, in totalitarian systems, the balance of power between the cult and the normal (i.e., dominant) society is completely inverted. The cult becomes the dominant (i.e., “normal”) society, and non-cult-members become its “deviants.”

We do not want to see ourselves as “deviants” (because we haven’t changed, the society has), and our instinct is to reject the label, but that is exactly what we are … deviants. People who deviate from the norm, a new norm, which we reject, and oppose, but which, despite that, is nonetheless the norm, and thus we are going to be regarded and dealt with like deviants.

I am such a deviant. I have a feeling you are too. Under the circumstances, it’s nothing to be ashamed of. On the contrary, we need to accept it, and embrace it. Above all, we need to get clear about it, about where we stand in this new “reality.”

We are heading toward New Normal Winter No. 3. They are already cranking up the official propaganda, jacking up the fabricated “cases,” talking about reintroducing mask-mandates, fomenting mass hatred of “the Unvaccinated,” and so on. People’s gas bills and doubling and tripling. The global-capitalist ruling classes are openly embracing neo-Nazis. There is talk of “limited” nuclear war. Fanaticism, fear, and hatred abound. The gaslighting of the masses is not abating. It is increasing. The suppression of dissent is intensifying. The demonization of non-conformity is intensifying. Lines are being drawn in the sand. You see it and feel it just like I do.

Get clear on what’s essential to you. Get clear about what you’re willing to lose. Stay deviant. Stay frosty. This isn’t over.