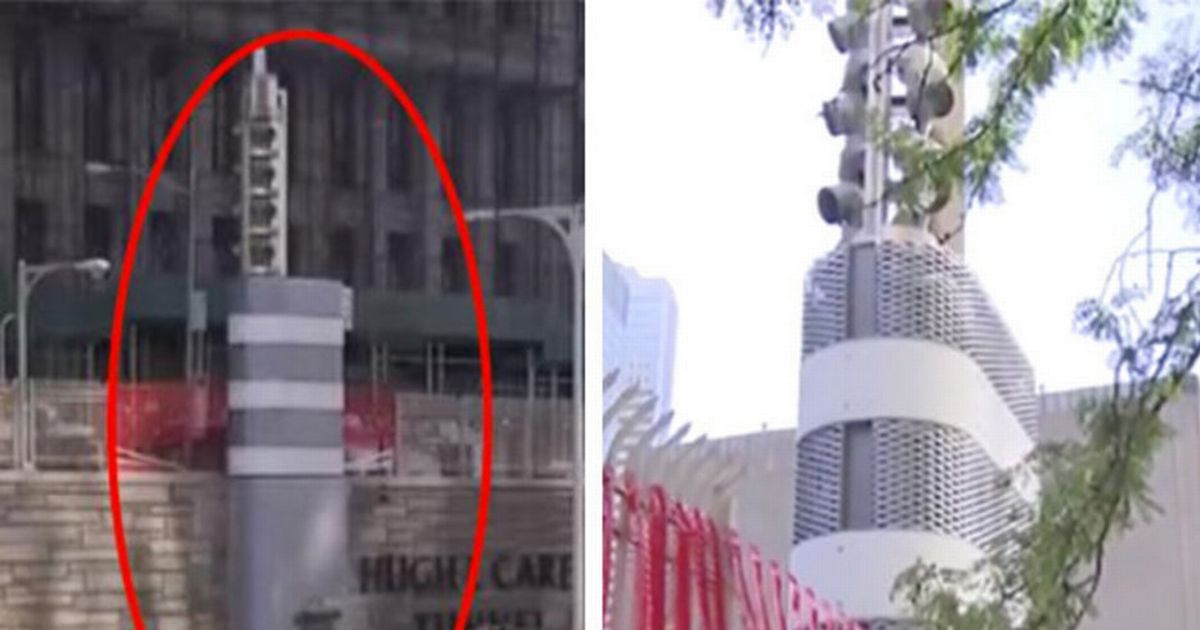 New York City is starting to be overrun with enormous, unsightly 5G towers, and despite their attempts to look futuristic, many people can’t help but notice how much of an eyesore the additions to the city streets have become.

According to a recent New York Times report, the columns are gray and colored and are around 32 feet tall, with some of them dwarfing three story buildings. They also appear suddenly and with little to no notice.

In the Brooklyn borough of Bedford-Stuyvesant, a store owner stated, “We were shocked because we had no idea what it was.” Owner of Stripper Stain & Supplies Marion Little claims that his clients and neighbors have inquired about it.

He told the New York Times:“They’ve been emailing me, calling me weekends, Facebooking me, like, ‘Yo, what’s that?’ and I’m sitting there like, ‘I have no clue.’”

“I wasn’t even quite sure what it was,” another resident told The Times about a tower popping up in his neighborhood. “The buses turn here. It’s going to be easy to miscalculate and hit the thing,” he said of the tower’s placement at a B26 bus stop.

“Never have I heard one mention of residents asking for a tower to be placed where we live,” said Democratic liaison for the 57th Assembly District in Fort Greene Renee Collymore. “Before this tower came, I had fine service. What, a call dropped every now and then? So what. You keep going.”

Who wants to look at something like that, a resident of Chinatown referred to the tower as a “monstrosity.”

While she was away, Upper East Side resident Chelsea Formica received a call from her husband informing her of the event: “He was like, ‘Hey, you know, they put something up outside of our window. I’m just laying here on the couch and it’s pretty big.’”

Throughout accordance with an agreement, CityBridge and LinkNYC will install 2,000 of the towers in New York City over the course of several years. Many of the old payphone towers have been replaced by new ones. The towers have not yet been put into action.

According to the article, more towers will be built atop street lamps and traffic lights.

According to The Times, 90% of the new towers will be located “above 96th Street in Manhattan and in neighborhoods in the Bronx, Brooklyn, Queens, and Staten Island.” They will offer residents free use of Wi-Fi and digital calling. Additionally, carriers like AT&T and Verizon will have access to the towers to compliment existing infrastructure.