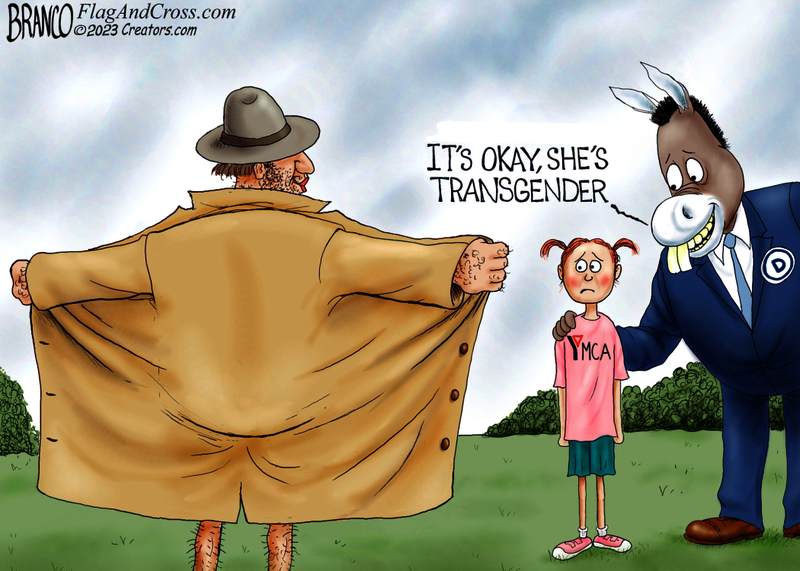 A transgender comedian made an appearance on BBC’s Channel and shocked the live audience by stripping completely naked at the end of the song and then playing the piano using his penis.

During the Friday Night Live segment, Jordan Gray sang an expletive-filled song on her journey as a trans woman while dressed in a bright pink suit, curled hair, and bold lip color.

Gray decided to strip completely naked at the end of the song and play the piano with his penis while the audience cheered for him.

Channel 4 did not cut the feed despite the fact that children might have been watching at home.

CONTENT ⚠️: trans activist strips on live TV in the UK during a performance on Channel 4 and plays the keyboard with their penis

Crowd is shocked and reaction to the performance is mixed, with some saying it is art & others upset saying that children were watching the show pic.twitter.com/xKJs62QwF2

Before the performance, Gray, who was the first transgender singer on talent show The Voice in 2016, told her Twitter followers: ‘Tonight we make history.’

‘I haven’t had a Yorkie bar in five years,’ she said at the start of her set, in a refence to the chocolate brand’s former slogan ‘it’s not for girls’.

She opened the song with the lyric: ‘I look out in the faces in this room, and wish that I could crawl back in the womb.

‘And start again, against God’s plans, with different glands and smaller hands.’

The dark curly-haired comedian added: ‘I wish the world could finally understand: I’m more than just a female Russell Brand.’

She then launched into the comedic song referencing the Chuckle Brothers’ ‘to me to you’ skit before saying ‘now back to me – this song’s about me’.

The song moves into her own version of Do-Re-Mi and increasingly intense keyboard playing.

As the song draws to a close, she tells the audience: ‘You know the best thing about live TV? I can do stupid stuff like this!’

She then jumps up from the piano before counting down ‘one, two, three’ and ripping off her suit and exposing herself entirely.

Below is part of the performance:

‘I haven’t had a Yorkie bar in five years.’ – Jordan Gray (@Talldarkfriend) on the difficulties of being transgender. What a moment. #FridayNightLive #TruthAndDare pic.twitter.com/3o34Dl2es1