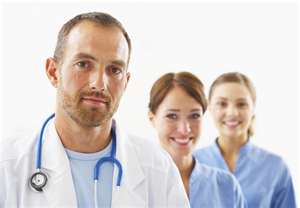 Purpose: Medicine is traditionally considered a healing profession, but it has neither an operational definition of healing nor an explanation of its mechanisms beyond the physiological processes related to curing. The objective of this study was to determine a definition of healing that operationalizes its mechanisms and thereby identifies those repeatable actions that reliably assist physicians to promote holistic healing.
Methods: This study was a qualitative inquiry consisting of in-depth, open-ended, semistructured interviews with Drs. Eric J. Cassell, Carl A. Hammerschlag, Thomas S. Inui, Elisabeth Kubler-Ross, Cicely Saunders, Bernard S. Siegel, and G. Gayle Stephens. Their perceptions regarding the definition and mechanisms of healing were subjected to grounded theory content analysis.
Results: Healing was associated with themes of wholeness, narrative, and spirituality. Healing is an intensely personal, subjective experience involving a reconciliation of the meaning an individual ascribes to distressing events with his or her perception of wholeness as a person.
Conclusions: Healing may be operationally defined as the personal experience of the transcendence of suffering. Physicians can enhance their abilities as healers by recognizing, diagnosing, minimizing, and relieving suffering, as well as helping patients transcend suffering.

Medicine is traditionally considered a healing profession, and modern medicine claims legitimacy to heal through its scientific approach to medicine.[1] The marriage of science and medicine has empowered physicians to intervene actively in the course of disease, to effect cures, to prevent illness, and to eradicate disease.[2] In the wake of such success, physicians, trained as biomedical scientists, have focused on the diagnosis, treatment, and prevention of disease.[3] In the process, cure, not care, became the primary purpose of medicine, and the physician’s role became “curer of disease” rather than “healer of the sick.”[4,5] Healing in a holistic sense has faded from medical attention and is rarely discussed in the medical literature.

Even so, other disciplines have continued an active contemplation of holistic healing. Anthropological explorations of healing involve an active response to distress and distinguish categories related to healing, such as diagnosis and treatment, medical (scientific and nonreligious) and nonmedical (unscientific and religious), technological and nontechnological, and Western and non-Western.[6] Psychological conceptions of healing involve reordering an individual’s sense of position in the universe and define healing as “a process in the service of the evolution of the whole personality towards ever greater and more complex wholeness.”[7,8] These definitions of healing focus on issues of social organization, roles, meaning, and personal growth.

The nursing literature reflects increasing concern with healing and the role of the nurse as healer during the past 25 years.[9,10] Healing has been defined as “the process of bringing together aspects of one’s self, body-mind-spirit, at deeper levels of inner knowing, leading toward integration and balance with each aspect having equal importance and value.”[11] These conceptions associate healing with complexities of meaning and personal understanding that may be related to curing and reflect the traditional caring role of nurses as patient advocates.

The confusion concerning healing in medicine is evidenced by the lack of consensus about its meaning. Science values operational definitions. Yet, medicine promotes no operational definition of healing, nor does it provide any explanation of its mechanisms, save those describing narrow physiological processes associated with curing disease.[12-14] Most medical literature addressing holistic healing and using the word in the title never defines the term.[15,16] The MEDLINE electronic database reveals no single MeSH heading for “healing”; instead, it adds qualifiers associated with the spiritual and religious aspects of illness and recovery related to psychology and alternative medicine. It could be surmised that modern medicine considers holistic healing beyond its orthodoxy, leaving the promotion of healing to practitioners of alternative or aboriginal medicine[17]—the nonscientific, nonmedical practitioners described by anthropologists.

That medicine has no accepted definition of holistic healing is a curiosity. If healing is a core function of medicine, then exploration of its symbolic meaning compels organized research of healing phenomena,[18] and an operational definition of healing in a holistic sense is warranted. Such a definition would allow the systematic exploration of healing through identifiable and repeatable operations to determine more precisely its phenomena. The knowledge acquired could help both medical trainees and practicing physicians become more effective healers during their therapeutic encounters with patients.[19] This report describes the results of a qualitative study of healing, focusing on its operational definition to clarify its meaning.