Prepare For Change
Home Uncategorized Healing From A Healer To YOU 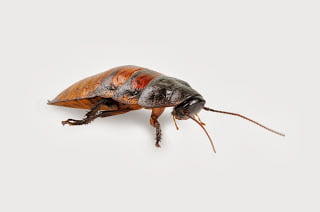 I saw my first cockroach when I was twelve.

I screamed my head off and called for my parents. By the time they arrived, which was quick, that sucker was GONE and I had a lot of explaining to do why I reacted like that…LOL

When I was in Hawaii the first time, we stayed at a condo. You know the tee shirts that say ‘Big Match–Ninja Cockroach versus Sumo Gecko–Live, every night, at Your House!!!’. I was really glad to have those Geckos there. The only time I had seen roaches (besides that one time when I was twelve) was when I’d travel. One night, before giving a contest-winning lecture about my undergraduate research to the Society of Petroleum Engineers meeting in New Orleans, I stayed up all night with the lights on, dressed, luggage totally still packed, listening to gun shots and trying to keep the roaches that were climbing on the walls from getting on me or into my suitcase in my triangle-shaped tiny room at the Y that offered the student discount rooms for the conference. 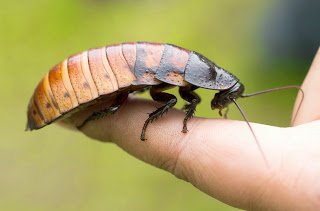 This is a Madagascar Hissing Cockroach. I think these suckers FLY too. Scary combination.

I met my first one at the Combat Research Center at my old work. It was a newly acquired brand for the company, and there was a search for both a name and a technician from the rest of the company brave enough to stay inside the special research trailer in the back to do all the product research tests. My friend, who was probably FROM New Orleans, got the job and also came up with the name: ICU. 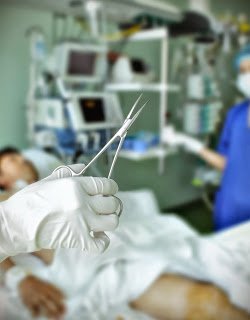 Ahhh…the ICU. I’ve held those kelly clamps and worn those sterile gloves. I’ve taken care of many a patient, both in the Unit and in the O.R. in my time in conventional medicine. The entire second year of general surgical residency, I practically LIVED in the ICU, because the patients in the Burn ICU and ICU were mine. No matter what the specialty, Cardiothoracic Surgery, Vascular Surgery, Trauma Surgery, Neurosurgery…if the patient was in Step Down or ICU level of care, the doc who was taking care of them was me…it just mattered which service I was on for those two months… 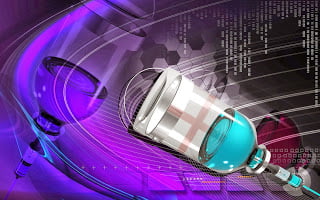 I ordered and ran the drips, sometimes staying at the bedside for hours not able to leave if the patient was too unstable.. 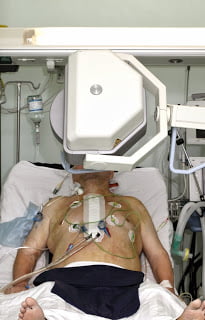 I’d order the films–this one here is a not-so-fresh CABG patient. The Swan is still in the right IJ but the chest tubes are out. 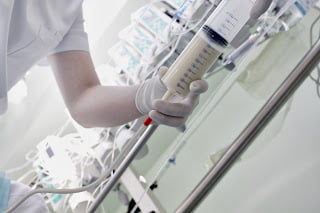 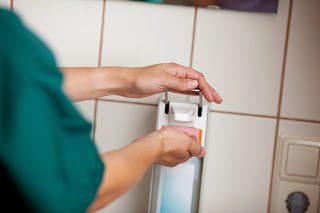 All the while to be sure to avoid cross-contamination as I took care of, drew blood cultures and sent line tips on, and managed powerful antibiotic therapy for hospital-acquired infections 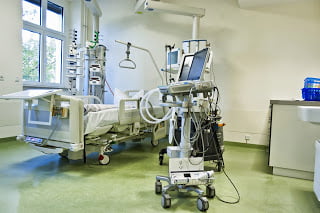 You see, in Trauma Surgery and Critical Care, there is a pattern that it beyond comprehension…
Have you ever heard the saying that somehow goes, ‘God saves babies and drunks?’
It’s true.
I have seen drunks go through all kinds of motor vehicle accidents virtually unscathed.
But for those of you who work in these the O.R. or Critical Care, there is an even more ‘spiritual’ pattern–the patient who won’t die despite the terrible odds.
These patients live through injuries and setbacks that ordinarily would kill most people.
There is some kind of Supernatural ‘protection’ going on…we know it and we feel it…but we can’t pinpoint exactly WHO is the one who is going to ‘make it’ when challenged by these circumstances.
But we have to communicate about this ‘protection’ amongst ourselves–we notice it–and the term for the ability to survive against UNSPEAKABLE and UNTHINKABLE odds is:
I tried to express this, and share my support with someone recently who is a Lightworker who is under an almost ‘house arrest’ due to being a highly-sought after target of the cabal.
It was a means of encouragement and support.
They got angry I would offer to share some of MY roach DNA with their ‘purer’ bloodline. They thought I was making fun of them. In fact, it was the most caring gift I have to offer!
Did you know an entire Harley-Davidson motorcycle fell on me while I was playing on it? I was three and weighed about thirty pounds at the time. My uncle had one and parked it out on the street. I used to love to climb on it and play while he visited.
But this time, the side kickstand was the one that was down and the more stable center one he always used was up.
I don’t even remember the accident.
I don’t remember crying or how I got out.
Daddy said it was the curb that saved my life–that four inches of clearance as the motorcycle fell on it kept me alive. I never had to go to the hospital. There was no blood. Just tears. A whole lot of them, because when it fell that motorcycle was LOUD!
I’d like to think it was my guardian angel watching over me, and that it was not yet my time. 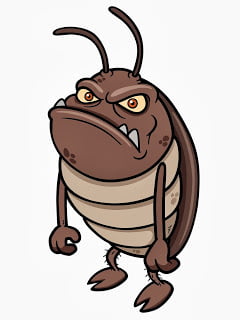 Last night I realized in the near future, some of our Positive Military and White Hats are going in some way, to be possibly faced with Risks. Like my friend.

I asked Blessed Mother if there was some special gift or energy healing I could give to protect them, right as I was falling asleep.

‘You Will Have A Miracle!’ she exclaimed in my ear, and woke me up an hour before the alarm clock was due to go off.

I saw the Ray that I have been given to protect those who are struggling to achieve Victory For The Light.

And only I can give it.

From my heart to yours, with the added energy of my time spent taking care of patients in ICU, I give to all who work for the Victory of the Light (online, speaking, organizing, Positive Military, Sacred Societies, channelers, teachers, and those newly awakening to their Mission), the Brown Ray of Roach DNA.

Blessed Mother was present, and also added a layer of her own Protection specially made for The Event.

Your chakras of Feelings/Emotions/Creativity and Unconditional Love/Connection To Source are officially super-charged by Reiki Doc. With Roach DNA. ; )

All others ‘shadow chasers’ who are not of the Light will find themselves Highly Allergic to Roach DNA.

Aloha and Mahalos,
With All My Love,
All My Gratitude,
and All My Faith in You,