Prepare For Change
Home Healing The Decision is yours to make………

This was a subject that I planned to talk about at some point but today in my e-mail a most interesting article appeared in a newsletter.

A second year medical student decided to take action against Dr. Mehmet Oz. He petitioned two medical associations to consider regulating the advice of celebrity physicians that in effect they should gag doctors that do not stick to the standard medical advice.

My question here is how is it that innovations come about? It has been my experience that they come about when something different is tried instead of doing something the way it has always been done. What if the different way turns out to be the better way? What if the patient gets well or progresses in a more satisfactory manner? There is a whole industry that does nothing but clinical trials with the purpose in mind of finding a better way.

One of our inalienable rights is our choice of how we wish to handle our own medical issues. Doctors are meant to be educated advisors/partners in management of our care.  We are the ones that need to decide whether to follow that advice or to get a second, third or fourth opinion. We have been lead down a path where we put professionals of any kind….not just doctors on a pedestal……that they are all knowing, all wise and all powerful. I just want to say here that as an individual…..Please take your power back! As I have said before you are the one who knows your body best….you are the one to choose your path. 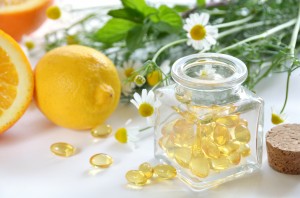 As his popularity with Americans grows—and with it a new openness to integrative medicine—mainstream medicine is alarmed.

Last year, when he was a second-year medical student, Benjamin Mazer took it upon himself to ask both the Medical Society of the State of New York (MSSNY) and the American Medical Association (AMA) to address what he called “medical quackery” on television and in other media. He suggested that they consider regulating the advice of celebrity physicians like Dr. Mehmet Oz—asking, in effect, that they do something to gag him. Mazer’s big idea is to treat health advice on television as if it were expert testimony in court, which “already has established guidelines for truthfulness.”

MSSNY is a nonprofit organization claiming to represent the interests of some 30,000 physicians and medical students (and, supposedly, residents) in New York. The group has an operating budget of over $8 million, and a government affairs and lobbying arm that could easily influence New York regulators and the state’s medical board to target Dr. Oz (who is licensed in New York). This is probably why Mazer reached out to the MSSNY specifically.

Acknowledging that he wants to “bring down” Dr. Oz, Mazer claims, with no basis whatsoever, that Oz is giving advice “that was really not great or had no medical basis.” Mazer specifically denounces Oz’s diet and supplement recommendations as being an inferior and dangerous alternative to diabetes drugs. “It might sound harmless when you talk about things like herbal pills or supplements,” Mazer said. “But when the physicians’ advice conflicted with Oz, the patients would believe Oz [italics ours].”

Mazer actually said that diet and supplements are less effective or more dangerous than diabetes drugs, when in fact, the opposite is true:

In natural medicine, the first line of defense against diabetes is diet. The key step is to avoid foods high on the glycemic index (which turn into blood sugar rapidly), but that is only the start. Next comes exercise and movement, and finally, some supplements which clearly help control blood sugar or slow down the release of glucose into the blood. For the whole program, see LEF.org and Mercola.com. Sophisticated blood testing is also important, since blood sugar problems are often silent, and is also available at LEF.org.

Everyone should keep in mind that a program designed to avoid diabetes will also help both heart health and the prevention of cancer. It is not very well known, but high blood sugar is a major risk factor for cancer, because cancer cells depend on the sugar.

One of the biggest differences between natural health programs for diabetes and drugs is that the former can not only prevent the disease but also cure it, while the latter cannot and introduces serious new risks.

Why would a medical school student not know any of this? Partly it is his own fault for not finding out. But partly it is the fault of a medical education system that is often in bed with Big Pharma. Drug companies are increasingly teaming up with top schools, and also try to subsidize students in a variety of ways.

And even if Mazer had been right, does he really think that doctors should be gagged and deprived of their constitutional right to free speech, or that they should be threatened with the loss of their license if they don’t toe the line? Quite apart from fairness, how will such Soviet-style tactics lead to advances in medicine, which by definition have to come at the expense of the conventional wisdom or of somebody’s current income stream?

Fortunately, the AMA did not respond with censure of Dr. Oz. We believe that this is precisely because Dr. Oz is in the public eye, and the medical establishment likes to attack and shut down integrative doctors as quietly as possible. The Medical Society of the State of New York supposedly passed Mazer’s policy proposal in revised form, but has not disclosed exactly what it was they passed. MSSNY also fears the glare of publicity.

This article was reprinted from: