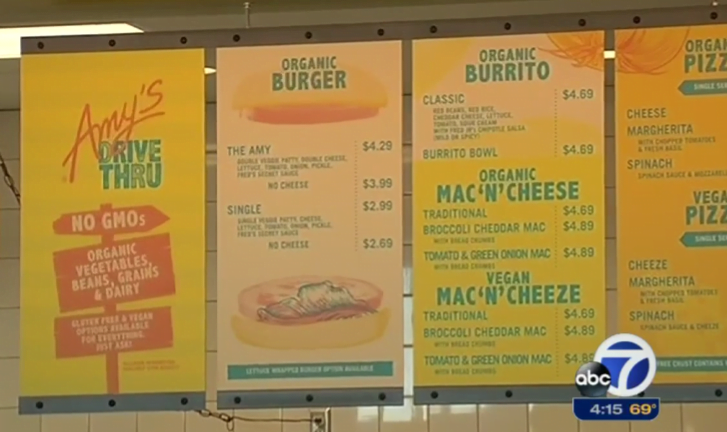 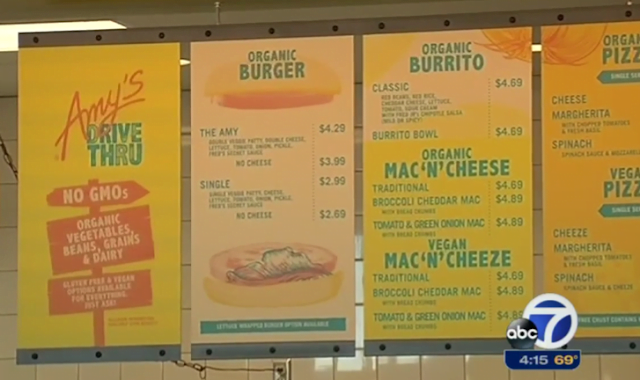 Think fast food has to be greasy, unhealthy and cheap? Think again.

The country’s first all-organic drive-thru has finally opened in California, with lines out the door as customers flock for a chance to support what could be the biggest step forward for industry ever.

The new Amy’s Organic Drive-Thru restaurant opened in Rohnert Park, California, featuring an all-vegeterian menu packed with items like veggie burgers, salads, and even mac n’ cheese in both regular and vegan flavors.

The company’s signature frozen pizzas have always been a top seller in health food and grocery stores nationwide, and now Amy’s first restaurant is serving them up piping hot with toppings ranging from spinach and diced tomatoes (on its popular margherita pizza) to regular mozzarella cheese and even vegan “cheeze.”

As reported by ABC-7 News in the Bay area, the new Amy’s Restaurant has been completely packed with long lines in the dining area and in the drive-thru, and reported wait times of 15-20 minutes.

Others have chimed in on review sites noting that they were excited to see huge crowds with lines going all the way out the door, reminiscent of another chain working to change the food system: Chipotle Mexican Grill, whose popularity is exploding at the same time that McDonald’s is faltering.

“Five days in and they can barely keep up with demand,” reported ABC-7 about Amy’s first week in business.

Manager Paul Schiefer was more than happy with the response.

“So many (have) showed up and it’s given us a lot of hope that this is a concept that works.”

While other fast food restaurants import virtually all of their products from factory farming operations and give nothing back to the community, Amy’s actually grows produce on site thanks to its roof-bound garden.

Check out a report on the grand opening below and see the menu: