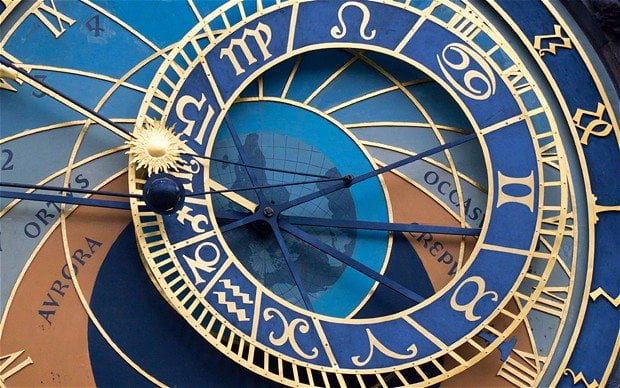 “We choose to examine a phenomenon which is impossible, absolutely impossible, to explain in any classical way, and which has in it the heart of quantum mechanics. In reality, it contains the only mystery.” Richard Feynman, a Nobel laureate of the twentieth century (Radin, Dean. Entangled Minds: Extrasensory Experiences In A Quantum Reality. New York, Paraview Pocket Books, 2006)

The concept of “time” is a weird one, and the world of quantum physics is even weirder. There is no shortage of observed phenomena which defy our understanding of logic, bringing into play thoughts, feelings, emotions – consciousness itself, and a post-materialist view of the universe. This fact is no better illustrated than by the classic double slit experiment, which has been used by physicists (repeatedly) to explore the role of consciousness and its role in shaping/affecting physical reality. (source) The dominant role of a physical material (Newtonian) universe was dropped the second quantum mechanics entered into the equation and shook up the very foundation of science, as it continues to do today.

There is another groundbreaking, weird experiment that also has tremendous implications for understanding the nature of our reality, more specifically, the nature of what we call “time.”

It’s known as the “delayed-choice” experiment, or “quantum eraser,” and it can be considered a modified version of the double slit experiment.

In this experiment, tiny bits of matter (photons, electrons, or any atomic-sized object) are shot towards a screen that has two slits in it. On the other side of the screen, a high tech video camera records where each photon lands. When scientists close one slit, the camera will show us an expected pattern, as seen in the video below. But when both slits are opened, an “interference pattern” emerges – they begin to act like waves. This doesn’t mean that atomic objects are observed as a wave (even though it recently has been observed as a wave), they just act that way. It means that each photon individually goes through both slits at the same time and interferes with itself, but it also goes through one slit, and it goes through the other. Furthermore, it goes through neither of them. The single piece of matter becomes a “wave” of potentials, expressing itself in the form of multiple possibilities, and this is why we get the interference pattern.

How can a single piece of matter exist and express itself in multiple states, without any physical properties, until it is “measured” or “observed?” Furthermore, how does it choose which path, out of multiple possibilities, it will take?

You can view a visual demonstration/explanation of the double slit experiment here.

This quantum uncertainty is defined as the ability, “according to the quantum mechanic laws that govern subatomic affairs, of a particle like an electron to exist in a murky state of possibility — to be anywhere, everywhere or nowhere at all — until clicked into substantiality by a laboratory detector or an eyeball.” (New York Times)

According to physicist Andrew Truscott, lead researcher from a study published by the Australian National University, the experiment suggests that “reality does not exist unless we are looking at it.” It suggests that we are living in a holographic-type of universe. (source)

So, how is all of this information relevant to the concept of time?