Donald Trump – Why Aren’t You Killed Like Jeff Bradstreed Or Other Opponents Of Vaccinations Which Not Only Cause Autism But Also Aids And Ebola?

(This article is dedicated to Jeff Bradstreet; written by Johan van Dongen) 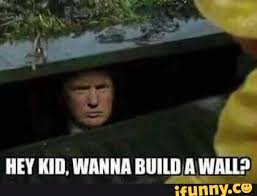 The above question is raised by me and many others, because recently in the United States of America, over seven doctors have been murdered or found dead in dubious circumstances. I find it very necessary to ask Donald Trump this question, because of the statement he made that: “Vaccines Do Cause Autism”, and also find an answer to why the disappearance from medical scene or mysterious deaths of alternative health doctors who have real cures, but opposed and not approved by the FDA.

When I saw the interviews that Dr. Jeff Bradstreet, nothing shows a possible suicide as mentioned by US governmental institutions. During this interview, Bradstreet showed his engagement, for he was not a person who give up easily. It was a very optimistic person with a normal attitude. He was laughing, joking and celebrating, because his autistic son just graduated high-school. The supposed reason for his “suicide” – an FDA raid on his clinic – is nothing new for him. There was nothing new in his life that would have been a reason for him to want to end his own life, only new things that would encourage him to live his life and perhaps encourage others to want to take their lives. Now we have to wait and see what happens with Donald Trump.

“Dr. Jeffrey Bradstreet has been under attack by big pharma for his success during all his professional life so there is no way he would have committed a suicide for just another attack. He was murdered; the FDA were clearly involved, and the other suspect is the MMR vaccine co-orporations, who work with the FDA. Dr Bradstreet loudly published the fact we all know: The MMR jab, which makes $ billions, causes autism.”

It is’nt only autism which is caused by vaccines but also Aids and Ebola. For decades Africa is used as a bio-warfare laboratory of German and Japanese war criminals under guidance of the USA, because they hide this Nazi basterds. This makes the USA the land of evil so once Donald Trump becomes president of the United States there is a lot work to do by replacing black prisoners by white pharmaceutical criminals in black three piece suits.
The horrific Aids pandemic tremendously has generated scientific controversies within and outside the scientific establishment. Only a minority of scientists and other engaged people have access to inside information concerning (bio-warfare) Aids and Ebola research.

As an experimental microsurgeon in the early seventies, almost at the beginning of the multiple organ transplantation era, I have carried out thousands of experimental organ transplantations. In order to deal with organ rejection he administered, radiation and sera for diminishing the immunity of the organ receiver. Besides that I also administered uncountable agents to recipients of organs in order to trigger, diminish or completely whipe out the immune capacity which can be compared with Aids.

During my university and hospital appointments in the early seventies, and later undercover in the pharmaceutical industry, I discovered at that time that animals did’nt die because of rejection of the transplanted organ but because of multiple infections which can be compared with human Aids victims. So, Inoticed that Aids can be induced by radiation, aflatoxins, Immuran/prednisolone combination, anti lymfocyte sera and many other bio-warfare agents.

As head of the the Department of Experimental Microsurgery, and involved in all transplantation and immunological experiments, I also have been involved in many controversies. Especially the connection of my work and the polemic concerning the transmission of HIV in many ways I discovered not only in experiments but also in the extensive scientific literature the role of an obligatory cofactor that transactivates the “Dormant” virus HIV in specific human cells. And this obligatory cofactor which transactivates the “Dormant” virus in specific human cells are deliberately introduced into mostly black-skinned African people, governed by massive environmental factors as you can read in our book: “Aids and Ebola the greatest crime in medical history against mankind,” in order to depopulate Africa and other parts of the world.

Therefore I will always like to enlighten readers about the real origin of Aids and the true nature of famous international researchers as Robert Gallo.

And as far as Gallo is concerned, Ricardo Veronesi, professor of the Faculty of Medicine at the University of Sao Paulo, was personally informed about the true nature of Gallo’s research long before this controversy turned into a public scandal and as a consequence thousands of scientific Aids dissidents.

It was no less then Francoise Barré-Sinoussi of the French Pasteur Institute who revealed the criminal intention of Gallo. And not only she became an Aids dissident but also the discover of the HIV virus Luc Montagnier disputed Gallo, the fake discoverer of the HIV virus.

In their opinion the major bursts in the common scientific approach lies in its ignoring that the pathogenicity of the HIV indeed is governed by multiple deliberate environmental factors. And one of these determinant factors is the PCR test (Polymerase Chain Reaction Test).

Using and extrapolation of these kind of techniques we can conclude that almost all persons who have HIV in their bodies, were purposely infected with this virus which can lead to Aids. Biowarfare scientists are able to made black-skinned people artificially susceptible for HIV or Ebola by using controlable diseases as a cover-up.

Most of the biowarfare research using viruses which causes Aids and Ebola was predominantly carried out in Germany and Japan until 1945 and since then mainly in the USA and France, using Nazi and Japanese (military) scientific war criminals.

The official scientific origin of the diverse HIV-strains has been placed somewhere between 1938 and 1948 when scientist T.F. Smith et al published an article in the authoritative medical journal Nature about this period in 1988 named: “The phylogenetic history of immunodeficiency virus”.

And he was’nt the only scientists who revealed the true nature of the HIV virus. Smith’s efforts to reveal the real origin of HIV was followed, to name a few, by Sharp et al with his article: “Understanding the origins of Aids viruses”, also in Nature, followed by Meyers et all with: “The phylogenetic analysis of the HIVs”. But the most important article is described in the top of the bill of medical journals the Lancet by scientist L.A. Evans et al who discovered the; “Simultaneous isolation of HIV-1 and HIV-2 from an Aids patient”.

And all these mentioned scientist agreed that the distribution of the HIV virus was an intentional action. Their findings makes it very conceivable that this distribution was intentional because sometimes both the new viruses HIV-1 and HIV-2, respectively HTLV-IV, are existing in one and the same person according to Evans. And because his publication is checked by the editing and scientific boards of the Lancet the outcome of his investigation is true. And this counts also for thousands of publications in other medical journals as described in our book “Aids and Ebola the greatest crime in medical history against mankind”.

According to the famous Aids/HIV theory dissident Wolff Geisler further evidents of the intentional distribution, out of the mentioned simultaneous infection of the same persons, it was described as a second Aids epidemic in the same black-skinned population by an inefficient transmission of the HIV virus. The appearance of this extreme rare retrovirus among the African Aids patients is so conspicious that some world famous scientists uttered a sentence about it. They alleged this to be; “Only another acquired opportunistic infection but rather an additional death sentence”. But? Is it?

In Africa the probability of an early death of HIV patients is three times bigger then eslwere when HIV patients are simultaneously infected with HTLV-1 as described in the Lancet by Page et al in his scientific publication: HTLV-I/II seropositivity and death from Aids among HIV-I seropositive intravenous drug users (Lancet, 1990; 335: 1439-41), an even more extremely important publication for the Aids/HIV theory dissidents. Because especially HTLV-I, amongst many other HIV viruses, was only demonstrated in Uganda, Ghana, South Africa and Namibia.

In HIV patients only in these countries appear simultaneously up till now. According to Wolff Geisler the concommitant existance of HTLV-I and HIV produces the observed rate of Aids patients in Uganda, Kenya and black-skinned people in Florida, USA and some Caibbean Islands, even though in general black-skinned persons are by nature more resistant against HIV-infection than pale-skinned persons (see below). This means the HIV viruses are geneticly engeneered as describe in our book.

No less than Luc Montagnier et al, the discoverer of the HIV virus stated that this virus is made out of the Nazi eugenics and genetic engeneered experiments as well as the development of Aids causing viruses in horses. In a very talked about article he described in the authoritative Annals of Virology: “A new type of retrovirus from patients presenting with lymphadenopathy and acquired immune deficiency syndrome”: Structural and antigenetic relatedness with Equine Infecious Aenemia Virus EIAV (horse Aids), 1984; 135E: 119-31.

If we compare these findings to our references in:“Aids the greatest crime in medical history against mankind” the book now available at Amazon, the HLA-A, B, C, DR3 and DR5 loci, is examined by the Nazi’s led by Otmar Verschuer.

In 1956 he joined the American Eugenics Society and worked under auspices tiis of the Rockefeller-fund. He was also head of the Department of the Kaiser Wilhelm Institute in Germany.

These two evidences or references are enough to let you know vividly what took place. In general you can say that it is harder for blacks to get Aids than as it is for whites, but blacks have been made susceptible for a broad spectrum of brand new diseases caused by Germans, partly under the auspices of the South African Apartheid regime, and after the war under guidance of the U.S.A.

Nowadays we now know that monkeys do not get Aids when infected with the human Aids virus. The same goes for tuberculosis until the moment that monkeys in a laboratory made receptive. Therefore black-skinned people are under no circumstances contaminated with Aids by monkeys with or without eating them. That is so to speak a criminal WHO/ CDC / FDA scientific ferrytale.

1 thought on “Donald Trump – Why Aren’t You Killed Like Jeff Bradstreet Or Other Opponents Of Vaccinations?”