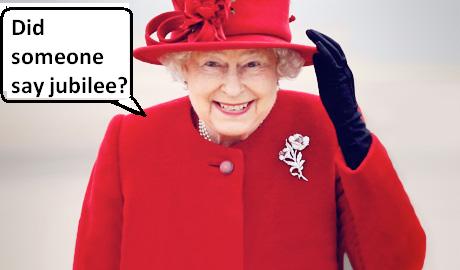 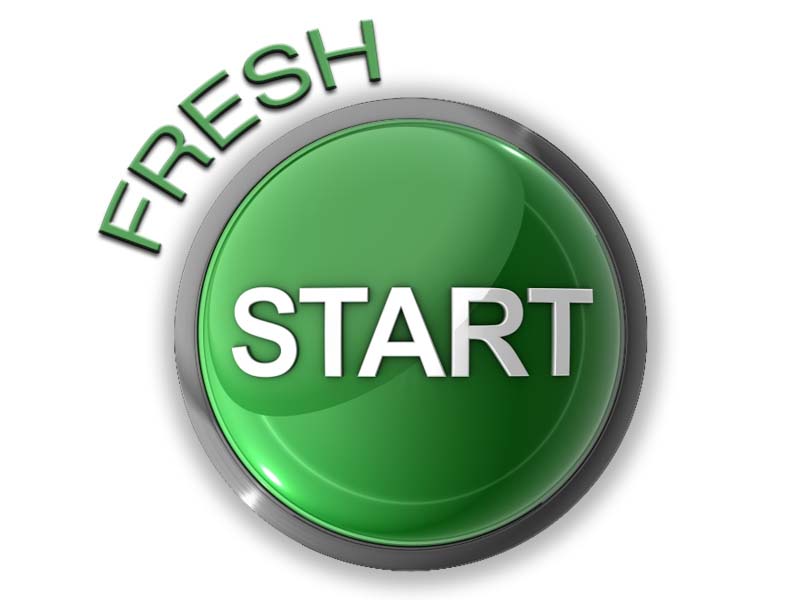 I’m not a financial expert and please consider this opinion article as mere entertainment because it’s NOT A FINANCIAL ADVICE whatsoever.

Don’t take any of this for granted and do, as always, your own research.

People have been misled about Debt <<Forgiveness>> propaganda in alternative media

I needed to help dismantle this false hope messiah rhetoric, even if it risks going against the more or less coherent narrative in alt media since a few years back.

I felt guided to write this article as a way to dispel some myths that are somehow becoming “beliefs” among the supposedly more awaken people on this planet.

In reality I’m really tired of all the crappy misinformation, disinformation and sheer lunacy, and I’ve come to the conclusion that it’s not going to get any better unless someone does anything about it.

Either this is intentional as a psy-op to make us <<feel good>> and don’t take any action and just roll over and be passive when the smelly stuff hits the fan, or just some people eager to make money through ad’s getting a few more extra clicks on their blog.

So I hope this inspires at least some people do to some research on the matter, in order to provide the best possible guidance for others when the Event… I mean when the circumstances demand that the most awakened people in this planet are called to lead the changes.

There’s no “Forgiveness”… but there could be some debt >>destruction<<

Part of the problem is that the so called GCR (Global Currency Reset) concept is a flawed one, since the beginning.

In some ways it’s analogue to the “flat Earth” engineered meme (that I hope doesn’t spread any further) from the <<you know who>> usual suspects. I mean just watch the sunrise or sunset. Can’t everybody see we have a Horizon and the natural curve of the Earth? Aren’t spherical shapes the elemental building blocks of matter in this Universe? Common sense here.

The same applies to the so called Financial Reset, or more accurately Redefinition.

The Great Misleading core idea here as I mentioned on a previous article is that this is NOT a currency reset or revaluation.

It’s a Currency Re-denomination. This matters a lot and a ton of erroneous misconceptions and misguidance sprouts precisely from this core misunderstanding.

A Currency Revaluation or Reset  implies that you KEEP old currencies in use, and you just tweak their exchange rates within their peg to the dominant reserve currency (currently still the US dollar).

Spoiler alert: this happens all the time and currencies change their relative value within certain Cabal controlled specific intervals (which they use to profit enormously and feed the “monster” black hole of debt that milks the workforce on this planet).

This is why anything new can’t be called “Revaluation” or simply “Reset”. THAT’S WHAT THEY ALREADY DO ALL THE TIME!

What MAY and probably will happen is that, with the inclusion of the Yuan in the SDR basket since November 30, and since everybody in the occult economy knows the Yuan (as the Russian Ruble also) is a “dormant” currency (i.e. the current rates don’t reflect the real productivity and precious metals holdings of the country) that inclusion is sparking a scramble for tangible assets from Central, retail and investment banks, to back up their reserves. That’s why precious metals paper prices are being suppressed…. So they can buy more “cheap” collateral and don’t go totally bankrupt once the financial redefinition happens.

So the Yuan’s promotion forces all other currencies to back up their value with hard assets, if they want to keep doing trade with the world’s largest exporter. The same applies to the rest of the BRICS nations.

But here is the tricky part. You can try to back up a currency with real assets, but you can’t give it the same name, neither use the same coins or bank notes. That’s why it HAS to be a redenomination .

So where’s the freakin’ Jubilee?

There ain’t one IMHO. But here’s a new concept: there could be some Debt <<Destruction>>. 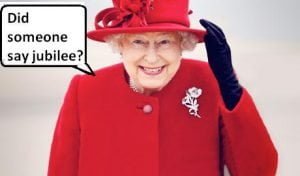 People have to understand that the “Jubilee” is a religious and mythological origin concept. It’s intention is much like the one of the Architect character in the Matrix movies. The Matrix is programed to reset itself within certain periods of time (70 years in the case of the religious based matrix) and find a <<Messiah>> who will <<release>> the slaves from <<oppression>>.

This happens because if the <<slaves>> are not provided with the given illusion of <<free will>> and control they will have shorter life spans and are much less productive.

There’s a confusion reigning among Lightworkers and Lightwarriors at this point, which results from thousands of years of mind control, programming and implants which are bound create havoc mentally merging the images of <<forgiveness>>  with the concept of “Debt”, “Reset” and “Golden Age”. This is set to intentionally delay the process of liberation triggering passiveness and “expectation” to create “disappointment” and disillusion, and hand over to a third party our unique divine creator power.

This creative power collectively applied is unmatchable hence “they” are so afraid of it.

So this is the deal: if you want a DEBT FORGIVENESS you’ll have to DO IT yourself.

Here are some hints of how things can possibly play out in a Currency Redenomination scenario.

After the bank holidays and NEW currency is announced and usable the remaining banks will be forced to phase out the old currency, over certain and still unknown period of time.

But the credit contracts are in old Federal Reserve Notes (FRN’s) and Euros, Pounds and Yen’s… so the banks will be forced to “update” the contracts into new currency (the typical average contract always mentions the name of the currency and value in the date it is signed). So they will send you a letter asking you to sign a new deal, based upon the new names of the currencies and exchange rates, which I can only guess, but my inner oracle says they will look like totally outrageous to the common citizen.

This is the core issue and please check with a layer before you take any further action (yes lawyers will continue to exist and my inner oracle also says they will be very busy and working overtime in the next few years).

If you have loans based upon old currency you may complain about a “breach of contract”.

A new contract implies the nullity and makes the previous one void. The minute the bank sents you that letter you have something to hold on to!

But please pay attention to this very important details:

Moreover, I’m very skeptical that isolated individuals can pull this through by themselves. The Legal and Political systems all over the world are not going to change overnight. The rule of law still will prevail even if it’s biased or protects ruthless interests.

However if you plus 1000 people join a movement to repudiate or settle debt in a legal way you’ll be creating a huge tide much harder to fight by the remnants of our current political system. 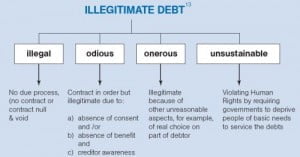 The risk of an overnight drastic change and forgiveness of all debt is the total loss of private property and assets.

Give it a thought for a minute. A lot of businesses are corrupt but not all. If you run an honest small business and you work with some kind of credit for your clients or suppliers like payments in advance for example, how would you feel if them told you “you have to pay me more 50% than initially agreed or else you won’t get a dime back – hey don’t blame me the new exchange rates are killing me too”.

So you see throughout all commercial activities agreements and settlements will have to be reached because of the financial redefinition.

Who win’s this time will defined by the amount of pressure the people will pour into the remaining politicians who were brainwashed to their core.

That will define the new regulations and who gets the upper hand this time.

So here’s the interesting part. We may be able to “destroy” some debt and get compensations for all sorts of things but it will not change overnight.

The myths about Debt forgiveness or Financial <<Flat Earth>> equivalent theory are programming meant to slow the progress and reduce our collective abilities to more manageable levels.

This is to say that we should stop looking at the Event through the Messiah syndrome glasses and see it as is: a little help to wake more people up and achieve the critical mass necessary for the huge change we envision.

And of course speculative debt (making a credit now knowingly being aware that it will be forgiven later) will not be tolerated, I’m pretty sure of that.

What will come is a Transition system rather than definite and ultimate solutions. My estimate is that, if all goes well the new financial system will last no longer than 5 to 10 years, at the very best. With the liberalization of currencies and subsequent increase in usage of cryptocurrencies and precious metals backed settlements, we will evolve to a more real asset, or as I like to call it, a calorie based economy in a near future.

In that regard, here’s a big hint of how to possibly manage your resources: a true “quantum” leap in the way we trade can only mean an evolution to a cashless society since we have been using “money“ for a few thousand years.

To have a cashless society means that we have stop thinking about means of exchange and more in terms of Calories, Joules, watts, proteins, enzymes, and usefulness of what we purchase.

This “quantum” mental leap must happen first before we even start thinking about how we’re going to get out of the mess this planet is into right now.

And in reality we just depend on ourselves collectively to get there.