Prepare For Change
Home Disclosure The Truth is Out There, but So Are The Lies 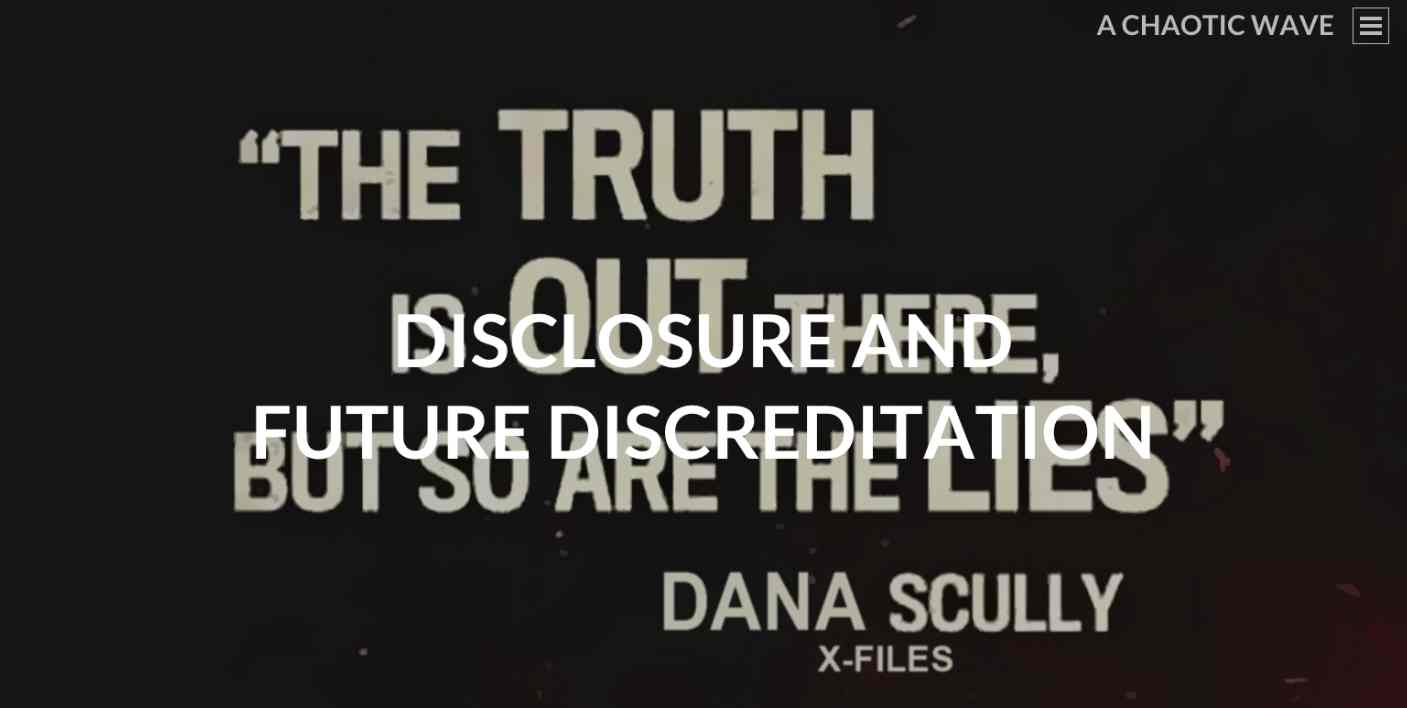 It is fair to say that many people have become disillusioned with the so-called mainstream media. Television, in particular, has become extremely compacted into sound bites and optimally commercialized. In addition, the consolidation of media assets by a handful of corporate entities, has only brought further homogenization to the available content. Time Warner, as one example, is comprised of three central entities: HBO, Turner Broadcasting System, and Warner Bros.

While this may seem innocuous on the surface one must realize the enormity of these sub-organizations. Turner Broadcasting System for instance, operates CNN (and all CNN sub-channels), HLN, TBS, TNT, truTV, Turner Classic Movies, WPCH-TV (Atlanta local), Cartoon Network, Boomerang, Adult Swim, and NBA TV. Most, if not all of those have associated digital properties and web assets that also have their own operational organizations. Most likely, you consume content from one of these sources. If not, then probably from another of the conglomerate media trees. It is this consolidation that has forced many to seek their news and information from alternate sources.

Unfortunately today, the information age, along with the internet, has brought with it, information overload. There is so much information available, that it’s virtually, if not completely, impossible to discern the truth from the incorrect, poorly recorded, or total disinformation. Aye, thar be dragons. And as such, many are driven back into the mainstream. The diligent, however, trudge forward. Those who do, discover a common theme in many of these alternative/anti-mainstream outlets: conspiracy.

If you can name an historical event, there is most likely an alleged “conspiracy theory” associated with it. The term itself has a dubious connotation these days. Which is a shame as some of them are quite compelling. Within the conspiracy community there are several commonalities. One such thread is that of a cabal of elite globalists with an evil agenda to enslave mankind. This cabal has been called many names, but most likely doesn’t even have a name. The cabal could be thought of as small group of individuals who pull all the strings. The 1% of the 1%. The elites. They allegedly control most world governments and our leaders. They’ve infiltrated our science and intelligence organizations. And, in general, try to control us, and kill those unwilling to be controlled. Talk about too big to fail! The point is that this belief in a global cabal, is probably one of the most believable (and parts probably are true) conspiracy theories among the non-mainstream.

This week, a past television show about conspiracy was resurrected: The X-Files. Season 10, episode 1 aired on Sunday January 24, 2016. While it was great to see Mulder and Scully together again, Mulder appears to have gone Unabomber, disconnected from society. But guess what he discovered while hanging out in his shack? You got it. The “cabal” and their plans. During the last half of the show, their devious plan is succinctly laid out in easy to understand morsels, during the span of about six minutes. Well done, to be sure.

This probably caused 60% (or more, hard to gauge) of the viewers to stand up screaming “Holy shit! X-files is disclosing!!”. The other 40% probably didn’t look up from their cell phones to grasp the entire scene. But they heard it. It went in their ears, and into the subconscious. “So what?” you might say. Let’s have a look at it from this angle. What if this “cabal” really was doing one, some, or all of the dastardly things alleged in the X-Files? Other than the ARV, everything that was mentioned is fairly well known, and documented by various researchers. Someone definitely did their homework in crafting that episode.

The issue with it being “out there”, as it were, is this: should any or all of the story turn out to be true, the X-Files will forever be used as evidence that there is no conspiracy. Any serious claims of conspiracy will be mocked and compared to that X-Files episode. Therein, lies rub.

Recently, a video surfaced claiming to be the death bed confession of Stanley Kubrick. In this video, the alleged Kubrick confesses to filming the Apollo 11 landing and such in a studio, and that it was all faked. This has been a voracious conspiracy theory since the early 1970’s. It was almost believable. However, leaked soon after the video were the outtakes. In these outtakes were bits of the film’s director giving Tom, the guy playing Kubrick, “direction” on his part (and how to play it). Thus, quickly it was outed as fraud and discounted by the general public. However, it is now “out there”, anchored as hoaxin their minds (anchor hoax baby?).

Consider what would happen if solid, credible evidence arose that clearly linked Kubrick with NASA and the Apollo program. The burden of proof will have grown tremendously because of the release of that single video. Any journalist unfamiliar with the subject, doing a quick Google search, will immediately find the hoax video and a pages upon pages of links discrediting it. Their first impression, from now on, is always going to be hoax. Because of the aforementioned consolidation, this journalism will be done somewhere up the corporate ladder, outside of the news room. Consolidation of information is also control of information. What is now told to the public via mainstream corporate news must conform to corporate standards. The net result is that you’re probably not going to get the entire story, or any part of it at all.

The X-Files may have been fighting the good fight. A bold attempt to disclose a truly evil cabal, and their plans to enslave humanity. Hopefully, none of it is true. But should any of it turn out so, the mainstream media, and thus the public, will be far less likely to give it credence now.