Prepare For Change
Home News Do you know who Judge Anna Von Reitz and General Dunford are?...

RV/INTELLIGENCE ALERT – FEBRUARY 2, 2016
A PENTAGON OFFICIAL WORKING WITH THE NEW REPUBLIC HAS JUST INFORMED ME THAT JUDGE ANNA VON REITZ IS THE ASSIGNED COUNCIL OF LAW FOR GENERAL DUNFORD AND THE NEW REPUBLIC.

JUDGE ANNA VON REITZ HAS FILED LEGAL DOCUMENTS AND IS NOW SUING IN EFFORTS TO RETURN THE ASSETS STOLEN FROM THE AMERICAN PEOPLE.

JUDGE ANNA VON REITZ IS THE PUBLIC ANNOUNCEMENT OF THE NEW REPUBLIC. 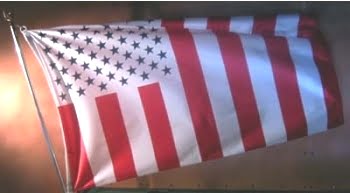 Judge Anna Clarification About The New Republic and General Dunsford

Posted on February 3, 2016 by lozzafun
www.annavonreitz.com

Clarification — What We Have Done
I am not a legal counsel for the General (Dunford).
We are all working on reclaiming American assets for Americans. For right now, it’s improper to call what we are doing a “New Republic”— that will require a public education process, each one making their political status (citizenship, etc.) choices, the election of Fiduciary Deputies from each State to attend a Continental Congress to either amend or abolish the existing actual Constitution.
For now, we have saved The Constitution for the united States of America.
The rats sought to “vacate” the contract by entering the UNITED STATES, INC. into bankruptcy without naming a successor to contract. That left the “federal” side of the contract vacant and flapping in the wind.

We formed an agreement with the American Native Nations — the Athabasca and Lakota– to fulfill the federal side. We issued two sets of Sovereign Letters Patent, one to reaffirm the united States of America, and one to establish a new arrangement with the Native people to bring them out of their POW status and incarceration in the Jurisdiction of the Sea and put them back on the land as free, sovereign, and independent people.
We then sealed this arrangement with a Declaration of Joint Sovereignty, spelling out the intent of our actions. These actions were sent by Registered Mail to the Pope, the Queen, the UN Security Council, the United Nations Secretary General and others.
For the first time since the original Constitution was adopted, the federal side of the contract is now in the hands of Americans devoted to America— not British (Federal Reserve) or French (IMF) interlopers.
For the first time, the Federal Agents have a vested interest in truly and honestly protecting America and Americans, because if they hurt or plunder us, they hurt and plunder themselves.
And now we are all going after the assets that are owed to Americans which have been purloined by international banks and the “governmental services corporations” they have run as storefronts —under conditions of gross fraud and deceit.
Fraud vitiates all!
Please note there is no “statute of limitation” on the crime of fraud, much less malicious fraud tort claims.
Additional Public Notice!  The common-law grand jury – the fourth branch… The ultimate power of the people!
For more articles by Judge Anna von Reitz please visit her website at www.annavonreitz.com

http://www.defense.gov/About-DoD/Biographies/Biography-View/Article/621329/general-joseph-f-dunford-jr         for more info on General Dunford or some write Lunsford