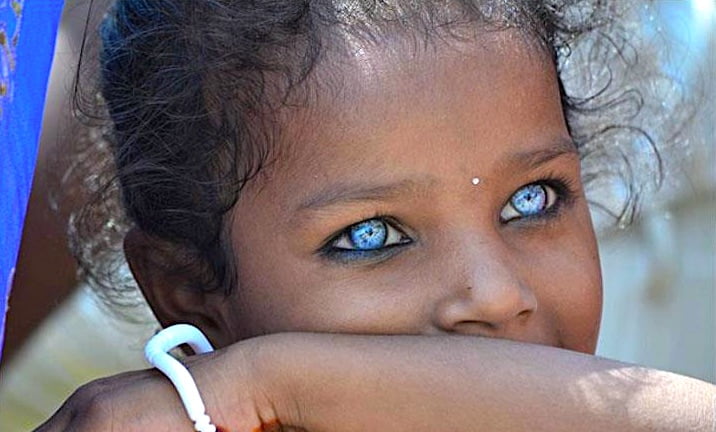 Every blue-eyed person on the planet is descended from a single European who lived around 6,000 to 10,000 years ago, and who first developed a specific mutation that accounts for the now widespread iris coloration.

Originally, all humans had brown eyes, although genetic variation relating to a gene called OCA2 resulted in changes to the amount of pigment produced by different individuals, resulting in the emergence of different shades of brown. Armed with this information, scientists had for many years searched for the source of blue eyes on the OCA2 gene, but without success.

More recently, a mutation to a separate, nearby gene called HERC2 has been identified as the cause of blue eyes. This alteration switches off OCA2, the gene that determines the amount of the brown pigment melanin that we make. It is thought to have first occurred when humans began to migrate from Africa to Europe, meaning that every person with blue eyes is a descendent of a single early European.

The fact that every blue-eyed person alive today has this same mutation is pretty compelling evidence for this theory, although the identity of the initial mutant remains something of a mystery. To date, the earliest set of sapphire-colored peepers ever found belong to a 7,000-year-old skeleton that was discovered in northern Spain. Naturally, the eyes had long since decayed, however genetic analysis revealed that they would have appeared blue in color.