Prepare For Change
Home Event Support Groups If You Don’t Warn The People, Their Blood Could Be On Your... 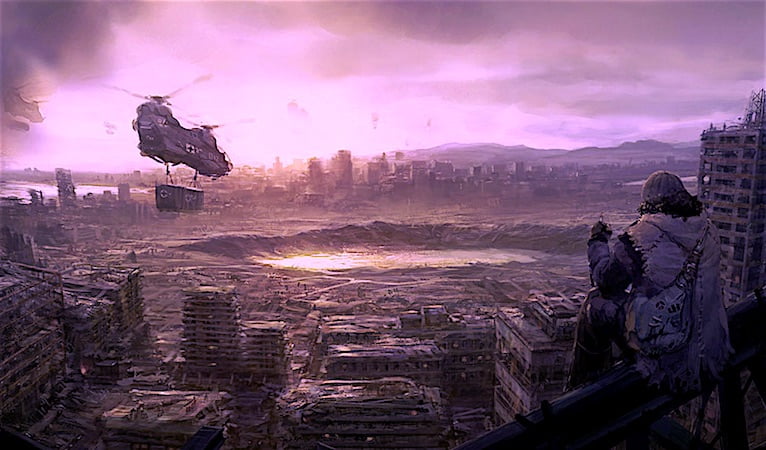 NOTE: At PFC we are not expecting an apocalyptic  event, but rather an awakening that empowers the millions of  people in the resistance movements to redirect our society. Many are not aware of this movement and so conclude the the forces of chaos will succeed. This article is rooted in the wrong assumptions, but does tap into a vein of consciousness of which we should all be aware.

Why are so few voices warning the people about what is coming?  We stand at the door of a period of change that will be unlike anything that any of us have ever known before.  And even though the signs are all around us, very few individuals appear to be willing to stand up and sound the alarm.  Instead, there seems to be a large number of people that are quite eager to criticize the watchmen.  Earlier today, I was having a conversation with a very prominent voice in the alternative media, and we were reflecting on this.  There are so many individuals out there that love to shoot arrows at those that are sounding the alarm, and yet they are doing so little to make a difference themselves.

It is easy to sit back on your sofa munching on potato chips as the world around you goes to hell, and it is easy to criticize those that have chosen to have the courage to stand up and warn the people.

But it is not easy to stand up and say the hard things that need to be said in a society that does not want to listen.

Yes, there are some watchmen out there that are doing a great job of proclaiming the warning message.  I have personally met a number of them, and I am proud to be their friends.

Unfortunately, they are few and far between.  Most people either don’t believe that we are on the precipice of disaster, they don’t care enough to warn others, or they are too busy criticizing those that are trying very hard to warn others.

In the end, we all have a choice to make.  If we sound the alarm and people choose not to listen, the responsibility for failing to act falls on them.

But if we know what is coming and we choose to do nothing to warn others, then we may end up being responsible for their blood.  This is a principle that we even seen in the Scriptures.  The following is what Ezekiel 33:1-6 says…

Again the word of the Lord came to me, saying: 2 Son of man, speak to the children of your people and say to them: If I bring a sword upon a land, and the people of the land take a man from among them and set him for their watchman, 3 and he sees the sword come upon the land and blows the trumpet and warns the people, 4 then whoever hears the sound of the trumpet and does not take warning, and a sword comes and takes him away, his blood shall be upon his own head. 5 He heard the sound of the trumpet yet did not take warning. His blood shall be upon himself. But he who takes warning delivers his soul. 6 But if the watchman sees the sword come and does not blow the trumpet and the people are not warned and a sword comes and takes a person from among them, he is taken away in his iniquity. But his blood I will require from the hand of the watchman.

Sadly, the few voices that are proclaiming the warning message in our society are being almost completely drowned out by everyone else.

Just look at our political leaders.  None of them are warning the American people about what is really coming.  Yes, they are warning that some bad things may happen if the wrong candidate gets elected, but all of them are promising that they can get this country completely turned around if they are elected.

Unfortunately, all of them are dead wrong.  None of them are going to be able to keep America from experiencing the great storm that is directly ahead of us.

Perhaps most disappointing of all are the religious leaders.  You would think that if anyone should be “sounding the alarm” it would be them.  But instead, ministers all over this country have become absolutely terrified of offending anyone.  Church attendance has been declining for years, and most churches are desperate to do whatever they can to keep people coming back and putting money in the offering plate.

Yes, there are some good churches out there, but in general the church in America has failed.  There is very little preaching about sin, repentance or the blood of Jesus anymore.  Rather, most of what is coming from the pulpits these days are just feel good messages that sound like they were directly ripped off from the self-help gurus.

I am just an ordinary guy who is trying to warn the people as loudly as I can from my little spot on the wall.  When I first started, my readership could have been measured with a microscope, but over time it has grown far beyond what I could have possibly ever imagined.

People know that they aren’t getting the truth from the “leaders” of our society, and so they are seeking out alternative sources of information.  Thankfully, the Internet has allowed ordinary people like myself and others to get the warning message out.

And of course the warning message is only part of my mission.  I also carry a message of hope, and that is going to be greatly needed in the days ahead.

As things completely fall apart during the years to come, millions are going to give in to depression and despair.  Those people are going to need to know that there is hope even in the midst of all the chaos and all the darkness.  My wife and I seek to live in a constant state of “shalom” (the Hebrew word for peace), and we believe that the greatest chapters of our lives are still ahead of us.  Yes, we are heading for times that are going to be more challenging than most people would ever dare to imagine, but there is no other time in human history that we would have rather been alive for.  We boldly look forward to the future, and we plan to bring light to a world that will be drowning in darkness.

This optimistic view of the future is going to be a central theme of my new book which should be coming out later this month.  The things that I am going to share about Bible prophecy, the book of Revelation and the challenging years ahead of us are going to really shake up a lot of people out there, and it will likely be one of the most controversial Christian books of 2016.

But once again, someone needs to stand up and say the hard things that need to be said.

I am sure that I will get some criticism for this article, but that is okay.  I just hope that I can inspire a few others to come up on the wall and help warn America (and the world) about what is rapidly approaching.

It doesn’t matter if your voice is big or small.

What matters is whether or not you are faithful with what you have been given.

Let us sound the alarm while we still can, because time is quickly running out.

This article is used with permission and originally appeared here. Be sure and visit TheEconomicCollapseBlog for daily updates.