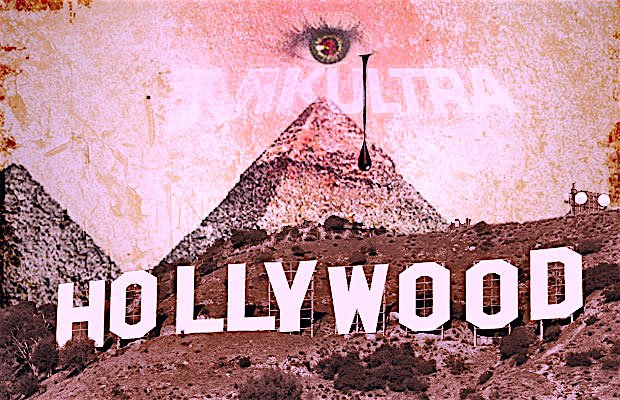 Most people these days would rather watch sports or shows on TV than learn about their natural rights and how the financial, legal, and political system work. Because of their lack of knowledge in these subjects, it was not too hard for the Controllers of the New World Order (NWO) to brainwash these people to obey their authorities and Nazi-type government.

Did You Know You are a Corporate Slave?

In the USA, most of us are so brainwashed that we actually think we live in a “free” country. The unwanted truth is that roughly 98 percent of the American people are “living” under the umbrella of the corporation called the United States, Inc. This is why Americans are not called “American Citizens” anymore. Instead, they are called “United States Citizens”.

A Citizen of the United States is a citizen of a corporation or a “ship”. Hence the term, citizenship or “citizen-ship”. Because of this, a United States Citizen has no natural rights. If you do not live in the United States, your government most likely sold you out to the Controllers and their corporations too. This is because most countries of the world are controlled by the Western legal system, which is not a system based on justice but a system based on commerce.

Why Stealth Slavery is the Best Form of Slavery

The best form of slavery is stealth slavery, which is a form of slavery that tricks people to think they are free. This allows the people in power to control the public with little resistance. Stealth slavery is the best form of slavery, because when the masters can trick the slaves to think that they are free, they get more productivity and creativity out of the slaves. The increase of productivity and creativity of the slaves can generate more wealth, allowing the masters to collect more tax to finance their slavery system.

Evidence That Most People are Domesticated “Animals”

In the USA, most Americans have no clue that the Internal Revenue Service (IRS) is a foreign agency. To be more accurate, the IRS is a foreign private corporation of the International Monetary Fund (IMF) and is the private “army” for the Federal Reserve (Fed). For evidence of this, read these two empowering articles titled “Federal Tax Case Shows Evidence the U.S. Legal System is a Fraud” and “Did You Know the IRS and the Fed are Private Corporations? Plus, Exposing the Secrets of the Western Court System“.

Most, if not all, of the taxes collected by IRS are given to the Federal Reserve and then are turned over to the IMF, an international banking organization controlled by the United Nations (UN). The UN is a front for the Crown of England, which is controlled by the Crown Temple (City of London) and the Vatican. In simple words, every time you pay the IRS, you finance your own slavery.

Today, the Controllers of the NWO are heavily investing in artificial intelligence (AI), so that they can rely less on domesticated humans to do their dirty work. This is why they are heavily promoting transhumanism, “the belief or theory that the human race can evolve beyond its current physical and mental limitations, especially by means of science and technology”. In other words, they want AI robots to rule humanity, similar to how AI robots controlled the human race in the Terminator movie series. After they accomplish this goal, they plan to dramatically reduce the human population.

Here is an excerpt from an article I wrote titled A Breakdown of “Silent Weapons for Quiet Wars” and the Dark Agendas of the Elites – Part 1 of 2 that reveals how the Controllers (Elites) think about humans:

“In conclusion, the objective of economic research, as conducted by the magnates of capital (banking) and the industries of commodities (goods) and services, is the establishment of an economy which is totally predictable and manipulatable.

In order to achieve a totally predictable economy, the low-class elements of society must be brought under total control, i.e., must be housebroken, trained, and assigned a yoke and long-term social duties from a very early age, before they have an opportunity to question the propriety of the matter. In order to achieve such conformity, the lower-class family unit must be disintegrated by a process of increasing preoccupation of the parents and the establishment of government-operated day-care centers for the occupationally orphaned children.

The quality of education given to the lower class must be of the poorest sort, so that the moat of ignorance isolating the inferior class from the superior class is and remains incomprehensible to the inferior class. With such an initial handicap, even bright lower class individuals have little if any hope of extricating themselves from their assigned lot in life. This form of slavery is essential to maintain some measure of social order, peace, and tranquility for the ruling upper class.” [Silent Weapons for Quiet Wars, pg. 7]

Since the day we were born, the Elites and their minions have used their education, religious, and media systems to brainwash us, so that they can condition us to behave and think like slaves, and dumb us down to the level of brain-dead zombies.

Did you know that the popular Hollywood zombie movies are created by the minions of the Elites to mock your intelligence? Unfortunately, most people are too ignorant and uneducated these days to realize this. Have you seen the TV show The Walking Dead? To the Elites, YOU are the walking dead, get it?

Many of the popular cultural movements (i.e., hip hop, rock & roll, Hollywood lifestyle) and social behaviors are engineered by the Elites. One of their favorite methods for brainwashing us is to use celebrities to help promote their ideas.

The main purpose for conditioning us to think like pimps and hoes is to destroy our morals and family values. A society that lacks morals and values is a lot easier to control than a society that has integrity. Why do you think we have so many social problems, family issues, and divorces these days? These things were done by design to divide and conquer us.

“Experience has prevent that the simplest method of securing a silent weapon and gaining control of the public is to keep the public undisciplined and ignorant of the basic system principles on the one hand, while keeping them confused, disorganized, and distracted with matters of no real importance on the other hand.

This is achieved by:

These preclude their interest in and discovery of the silent weapons of social automation technology.

The general rule is that there is a profit in confusion; the more confusion, the more profit. Therefore, the best approach is to create problems and then offer solutions.” [Silent Weapons for Quiet Wars, pg. 36-37]

People living in developed countries often like to invest in the stock market. What they do not realize is that the stock market is a system that does not flow well with the Laws of Nature. Every time people participate in the stock market, they unknowingly support the evil act of selling human souls, because the word sold sounds similar to “souled”.

The word stock is defined as “a quantity of something accumulated, as for future use”. As for the wordlivestock, it is defined as “the horses, cattle, sheep, and other useful animals kept or raised on afarm or ranch”. The Controllers (Dark Magicians) consider us human beings as sheep, which is whyChristians are called sheep. We are the sheeple living on a “farm” called Earth, which is a prison planet for domesticating human beings to be good little slaves. To be more specific, we are thebaby/bay-bee raised on a farm to produce “honey” or “golden blood plasma” for the Dark Forces, so that they can extend their life span.

In certain ways, most human beings are not that much different from horses, cattle, and sheep, because they have been domesticated by the Controllers of the New World Order to obey their authorities and government. This is why when you talk to people about the New World Order and government conspiracy, most of them look at you like you are crazy. Some of them may even physically attack you for telling them the truth. What a bunch of sheeple and domesticated “animals”!

The sheeple are so brainwashed that they can not see that they are being domesticated andsold/“souled” on the stock market. To make matters worse, their soul energy is being stocked in the stock market to be sucked out later by the demons or “energy vampires” of the Dark Forces. This is why one of the definitions of the word stock is “a quantity of something accumulated, as for future use”.

One of the origins of the word stock is derived from the Old French word stocc, meaning “stump, post, stake, tree trunk, log”. The word trunk originated from the Old French word tronc, meaning “trunk of a tree, trunk of the human body, wooden block”. In English, one of the definitions of the word trunk is “the body of a person or an animal excluding the head and limbs; torso”. It can also mean “the main channel, artery, or line in a river, railroad, highway, canal, or other tributary system”.

The occult definitions in the previous paragraph reveal to you the relation among the stock market, the human body, and water. In other words, your “body” is being sold/souled on the stock market for currency/current-sea/current-chi. The currency that represents your time and energy.