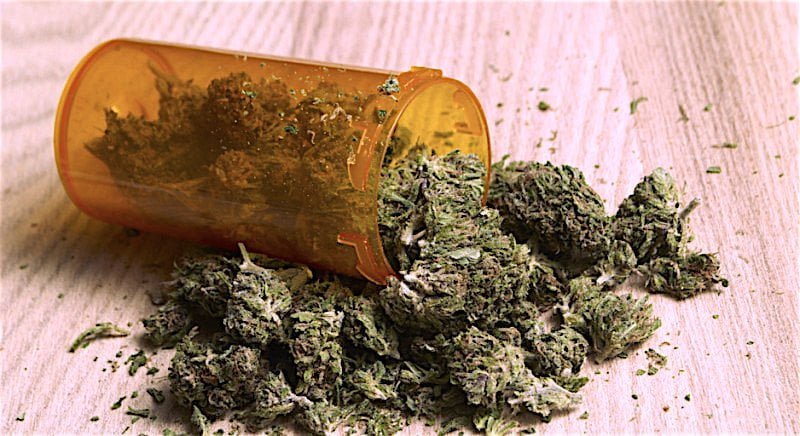 More than a dozen U.S. states have now completely decriminalized the act of possessing marijuana and both Colorado and Washington have made it legal to possess, sell, transport and cultivate the plant. In a historic and significant moment in American history, last November, Colorado became the first US state to legalize marijuana for recreational use. The impact of the decision could soon ripple across the entire country with vast opportunities to educate millions on the top health benefits of marijuana.

With the passage of I-502 in the 2012 Washington State election, marijuana also became legal in Washington–not just for medical use, but also for recreational use–and Alaska, California, Connecticut, Maine, Massachusetts, Nevada, New York, Nebraska, North Carolina, Ohio, Oregon, and Vermont have all decriminalized marijuana.

Consumption and sale of marijuana is still illegal in all other states, though some cities and towns have passed local laws decriminalizing it or making it a low priority for law enforcement officers.

There are also movements in many states to legalize pot, including legalization bills introduced in many other states.

For other states to mimic the systems in Colorado and Washington, they will first have to get legalization laws on their ballots or in their state houses, which could post a challenge, he said.

After Washington state and Colorado passed laws in November 2012 legalizing the consumption and sale of marijuana for adults over 18, lawmakers in both states waited to see whether the federal government would continue to prosecute pot crimes under federal statutes in their states.

Both Colorado and Washington have been working to set up regulatory systems in order to license and tax marijuana growers and retail sellers, but have been wary of whether federal prosecutors would come after them for doing so. They are the first states to legalize pot, and therefore to go through the process of trying to set up a regulatory system.

Ruling Signals The End is Near For Marijuana Prohibition

Last Thursday, the Department of Justice announced that it would not prosecute marijuana crimes that were legal under state law, a move that could signal the end of the country’s longtime prohibition on pot is nearing. “It certainly appears to be potentially the beginning of the end,” said Paul Armantano, deputy director of the pot lobby group NORML.

The memo sent to states Thursday by the DOJ said that as long as states set up comprehensive regulations governing marijuana, there would be no need for the federal government to step in, a decision that will save the Justice Department from having to use its limited resources on prosecuting individuals for growing or smoking marijuana.

“This memo appears to be sending the message to states regarding marijuana prohibition that is a recognition that a majority of the public and in some states majority of lawmakers no longer want to continue down the road of illegal cannabis, and would rather experiment with different regulatory schemes of license and retail sale of cannabis,” Armantano said.

In 2011 the federal government decreed that marijuana had no accepted medical use use and should remain classified as a highly dangerous drug like heroin. Accepting and promoting the powerful health benefits of marijuana would instantly cut huge profits geared towards cancer treatment and the U.S. would have to admit it imprisons the population for no cause. Nearly half of all drug arrests in the United States are for marijuana.

According to MarijuanaNews.com editor Richard Cowan, the answer is because it is a threat to cannabis prohibition “…there really is massive proof that the suppression of medical cannabis represents the greatest failure of the institutions of a free society, medicine, journalism, science, and our fundamental values,” Cowan notes.

While Colorado and Washington have not yet set up their regulatory systems, both states will likely sell licenses to farmers who want to grow marijuana as well as to manufacturing plants and retail sellers. The marijuana will also likely be taxed at each stage of its growth, processing, and sale.

“In both Colorado and Washington, legalization was done by citizens with no participation by elected representatives until they had to pass laws to comply with the initiative. In other initiative states I would expect such measures – I would expect a new one in California, for instance – and roughly half the states permit this and the rest don’t.

“In the states that do have initiatives I expect efforts to get it on the ballot. The other half it will be much tougher. It’s hard to get elected representatives to do this,” Collins said.

Armantano is more optimistic about the spread of legalized pot. He compared the DOJ’s announcement to the federal government’s actions toward the end of alcohol prohibition in America a century ago, when states decided to stop following the federal ban on alcohol sales and the federal government said it would not step in and prosecute crimes.

“For first time we now have clear message from fed government saying they will not stand in way of states that wish to implement alternative regulatory schemes in lieu of federal prohibition,” Armantano said.

He predicted that within the next one to three years, five or six other states may join Colorado and Washington in legalizing the drug, setting the stage for the rest of the country to follow.

The Age of Deception is Ending

In 2003, the U.S. Government as represented by the Department of Health and Human Services filed for, and was awarded a patent on cannabinoids. The reason? Because research into cannabinoids allowed pharmaceutical companies to acquire practical knowledge on one of the most powerful antioxidants and neuroprotectants known to the natural world. 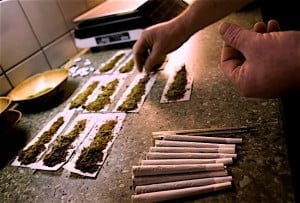 The U.S. Patent 6630507 was specifically initiated when researchers found that cannabinoids had specific antioxidant properties making them useful in the treatment and prophylaxis of wide variety of oxidation associated diseases, such as ischemic, age-related, inflammatory and autoimmune diseases. The cannabinoids are found to have particular application as neuroprotectants, for example in limiting neurological damage following ischemic insults, such as stroke and trauma, or in the treatment of neurodegenerative diseases, such as Alzheimer’s disease, Parkinson’s disease and HIV dementia. Nonpsychoactive cannabinoids, such as cannabidoil, are particularly advantageous to use because they avoid toxicity that is encountered with psychoactive cannabinoids at high doses useful in the method of the present invention.

Besides the top 10 health benefits below, findings published in the journal PLoS ONE, researchers have now have now discovered that marijuana-like chemicals trigger receptors on human immune cells that can directly inhibit a type of human immuno-deficiency virus (HIV) found in late-stage AIDS.

Recent studies have even shown it to be an effective atypical anti-psychotic in treating schizophrenia, a disease many other studies have inconsistently found it causing.

Cannabinoids, the active components of marijuana, inhibit tumor growth in laboratory animalsÃ‚Â and also kill cancer cells. Western governments have known this for a long time yet they continued to suppress the information so that cannabis prohibition and the profits generated by the drug industry proliferated.

Dr. Kirsten Mueller-Vahl of the Hanover Medical College in Germany led a team that investigated the effects of chemicals called cannabinols in 12 adult Tourette’s patients. A single dose of the cannabinol produced a significant reduction in symptoms for several hours compared to placebo, the researchers reported.

Marijuana is a muscle relaxant and has “antispasmodic” qualities that have proven to be a very effective treatment for seizures. There are actually countless cases of people suffering from seizures that have only been able to function better through the use of marijuana.

Since medicinal marijuana was legalized in California, doctors have reported that they have been able to treat more than 300,000 cases of migraines that conventional medicine couldn’t through marijuana.

Marijuana’s treatment of glaucoma has been one of the best documented. There isn’t a single valid study that exists that disproves marijuana’s very powerful and popular effects on glaucoma patients.

Marijuana’s effects on multiple sclerosis patients became better documented when former talk-show host, Montel Williams began to use pot to treat his MS. Marijuana works to stop the neurological effects and muscle spasms that come from the fatal disease.

A well documented USC study done about a year ago showed that marijuana is not only a perfect alternative for Ritalin but treats the disorder without any of the negative side effects of the pharmaceutical.

Marijuana has shown that it can help with symptoms of the chronic diseases as it stops nausea, abdominal pain, and diarrhea.

Despite what you may have heard about marijuana’s effects on the brain, the Scripps Institute, in 2006, proved that the THC found in marijuana works to prevent Alzheimer’s by blocking the deposits in the brain that cause the disease.

Just like marijuana is used to treat IBS, it can be used to treat the cramps and discomfort that causes PMS symptoms. Using marijuana for PMS actually goes all the way back to Queen Victoria.

Why raw? Heat destroys certain enzymes and nutrients in plants. Incorporating raw cannabis allows for a greater availability of those elements. Those who require large amounts of cannabinoids without the psychoactive effects need to look no further than raw cannabis. In this capacity, it can be used at 60 times more tolerance than if it were heated.

Raw cannabis is considered by many experts as a dietary essential. As a powerful anti-inflammatory and antioxidant, raw cannabis may be right u there with garlic and tumeric.

About the author: Marco Torres is a research specialist, writer and consumer advocate for healthy lifestyles. He holds degrees in Public Health and Environmental Science and is a professional speaker on topics such as disease prevention, environmental toxins and health policy.