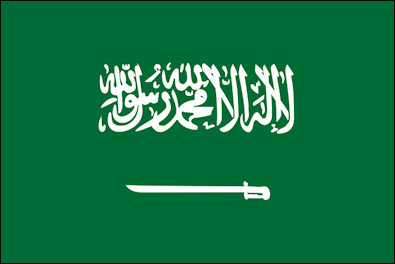 The Panama Papers psyops revealed that – ailing – King Salman of Saudi Arabia is among a roast of notorious offshore profiteers “in relation” to “associates”.

The House of Saud used British Virgin Islands shell companies to take out at least $34 million in mortgages for lavish houses in London and “a luxury yacht the size of a football field”. And yet Western corporate media has given it a glaring pass. Quite predictable: House of Saud notables feature heavily among prime Western vassals.

As it stands, a major disconnect is also in effect. The House of Saud is busy spinning the need for austerity at home even as it is now positioned as the world’s third-largest spender on weapons, ahead of Russia. 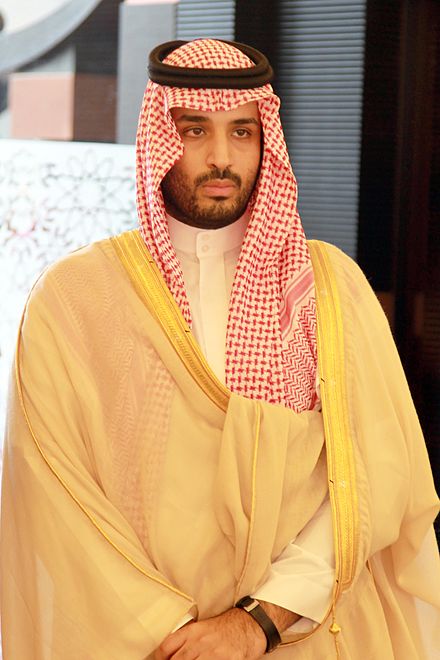 “Austerity” is a bit rich when I revealed earlier this year that the House of Saud not only unleashed an oil price war – against Russia, Iran and the US shale oil industry – but also was busy unloading at least $1 trillion in US securities on the market to balance its increasingly disastrous budget.

And now we have a major PR offensive in Western corporate media by Warrior Prince Mohammad bin Salman, 30, (image right) the lead conductor of the disastrous, illegal and crammed with civilian collateral damage war on Yemen. Young Salman is selling himself as an Arab David Bowie – the Man Who Changed the World, mostly because of his desire to partially privatize Aramco and partially extract Saudi Arabia from its strict role as an oil hacienda by creating a $2 trillion fund.

For the US, UK and France, especially, Saudi Arabia is the proverbial “key ally”. It’s not only the – again proverbial – second-largest oil reserves in the world, and the notorious Mob-style 1945 “protection” deal struck between Roosevelt and Ibn Saud. It’s the House of Saud as the key anchor for the petrodollar; and the House of Saud consistently buying over $100 billion in weapons from the West in the past few years.

Yet, in parallel, Saudi Arabia – a mix of theocracy and absolute monarchy, complete with a gaggle of intolerant, fundamentalist imams – keeps perpetuating its role of ideological matrix to all strands of Salafi-Jihadism, including of course its latest incarnation: the phony ISIS/ISIL/Daesh “Caliphate”. The House of Saud, directly and indirectly, has lavished over $100 billion all across the lands of Islam – and beyond – to spread its fundamentalist Wahhabi “vision”.

A glimpse behind the velvet curtains

For a while there have been incessant rumors, from London to New York, and across the Middle East, of a possible coup in Riyadh.

Now a policy-making source with intimate knowledge not only of the House of Saud but its real masters in the Washington/Wall Street axis has offered an unprecedented glimpse into the current, groundbreaking power play in the Kingdom.

According to the source,

“Prince Mohammed bin Salman really does realize what is happening. He is being set up. He is surrounded by consultants going over the entire Saudi economic system aiming for its reorganization – which is certainly necessary. And some of these consultants at the same time are organizing the data for the CIA. This would make any transition away from the monarchy – which the CIA loathes – much easier, towards a favored military officer”.

And this would also imply that some of Aramco’s Western employees – hired to hold the place together – are your proverbial CIA agents; a classic cover for clandestine ops.

The whole process started a while ago, in April 2014, when there were rumblings in Riyadh about a move to get rid of King Abdullah. Eventually a compromise was struck; Bandar bin Sultan, a.k.a. Bandar Bush – who badly bundled the war in Syria via his sponsorship of an army of Jihadis – was fired as the real culprit in this Saudi-led war of terror. And Prince Mohammed bin Nayef was promoted to number two in the Kingdom – duly under the orders of His Masters’ Voice in Washington. As he was anointed Crown Prince, Nayef was all but enshrined as the next King in the succession of King Salman.

What the publicity-savvy young Salman wants is to turn the tables. He sees himself as his father’s successor. Yet internal resistance is fierce. According to the source, “it does not play well among the poor masses of the Kingdom that he brags about a two-trillion-dollar stock value of Aramco when they are suffering the removal of House of Saud subsidies”. As for the Saudi oil wealth, the young Salman deceptively does not believe “the decline in oil prices poses a threat to us, for us it’s a free market that is governed by supply and demand”.

Our source is adamant that

“Mohammed bin Nayef is very capable and a very effective fighter against terrorism. He is mature, stable, capable and talented. The problem is there is growing discontent in the Kingdom over the oil price war ordered by Washington. Consultants meanwhile are pressing Mohammed bin Salman to cut subsidies. That is certain to disorient the masses towards him. And this gives, then, a justification for any coup whereby the population is neutralized”.

Which brings us to the all-important massive weapons purchases angle:

“This has to do with the efforts of Mohammed bin Salman to create a strong Saudi army, in combination with military alliances with Pakistan and Egypt, which are paid for allies. Money is being thrown around all over, while subsidies are to be cut. This will only add more pressure on the monarchy”.

The military front is not exactly a win for the Salmans, father and son. Sisi in Cairo certainly balks at the notion of having Egyptian troops trapped in a Yemen quagmire. Same with Sharif in Islamabad – who refused to send a Pakistani contingent.

So King Salman was forced to turn towards India’s Prime Minister Narendra Modi. After all there are 3 million Indian workers in Saudi Arabia, and India imports 20% of its oil from Saudi Arabia. Still, no Indian troops.

Both India and Pakistan clearly see, this is all part of Riyadh’s extensive, paranoid anti-Iran campaign. India and Iran are partners in the expansion of the New Silk Roads across Eurasia. And Iran-Pakistan are key partners in Pipelineistan – via the IP gas pipeline.

Time to line up for a cab?

The possibility of a coup in Riyadh further on down the road still remains. It boils down to Exceptionalistan’s control. Saudi Arabia under the Warrior Prince cannot possibly be trusted, according to influential sectors in the Beltway. Turkey is now considered out of control; Sultan Erdogan being snubbed in Washington by Obama could even turn out to be the prelude for his eventual removal by the Turkish military, which are really under Exceptionalistan’s control. Iran cannot be counted on – because for Tehran the priority is Eurasia integration and a closer strategic relationship with both Russia and China.

Arguably the House of Saud could turn things around by raising the oil price to $100 a barrel, via a 10% cutback in production worked out with Russia at the upcoming meeting in Doha; and realign their policies with Russia as a balancing power. Forget it; it’s not bound to happen.

What’s fascinating in this running Saudi House of Cards plot is that, according to our source, “King Abdullah was someone that could be argued to be useful to the United States to maintain the stability of oil supply”. But influential Beltway players do not regard Salman or his son that way; especially the son is thought of as “erratic and unstable”.

“the West has educated Saudi Arabia’s military officers – who are often Western intel agents. That’s why Crown Prince Sultan never trusted them and purposely kept the military weak when he was Defense Minister. He feared them as the privileged source in a takeover of the country. And he was certainly correct. In the CIA’s eyes, the Saudis need outside supervision. And this is one of the reasons for the CIA’s desire for regime change, as the place is spiraling out of control”.

Yet here’s another key disconnect. The CIA believes the House of Saud to be the chief sponsors of global terrorism. But that’s not true. Most of these terror ops are 21st century remixes of Operation Gladio. And that implies the hand of NATO/Pentagon. This disconnect partially explains why the Pentagon and the CIA are at each other’s throats.

It’s still unclear which US intel faction will eventually prevail in Riyadh – and that may further change depending on who will be the tenant of 1600 Pennsylvania Avenue next year.

For the moment, quite a few influential players are fond of imagining an astonishing House of Saudi fortune, including Thousand-and-One nights-style assets of the extended royal family, all frozen overseas, from the US to Panama. With the inevitable corollary of thousands of princes lining up for cab driver jobs in London and New York.