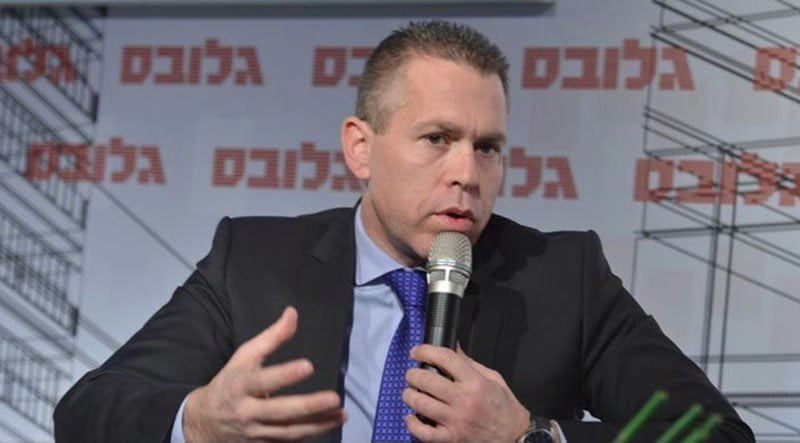 The Israeli Public Security Minister Gilad Erdan has unveiled plans to censor the Internet’s worldwide social media platforms with the building of an “international coalition” to counter criticism of Israel.

European countries,” most of which “are very interested in this idea.”

The legislation would have common features, such as defining what constitutes incitement and what the responsibilities of social networks regarding it are, a spokesman for the minister told the Israeli-based newspaper.

“Companies that do not comply will find themselves hauled into court, paying a penalty,” he added. 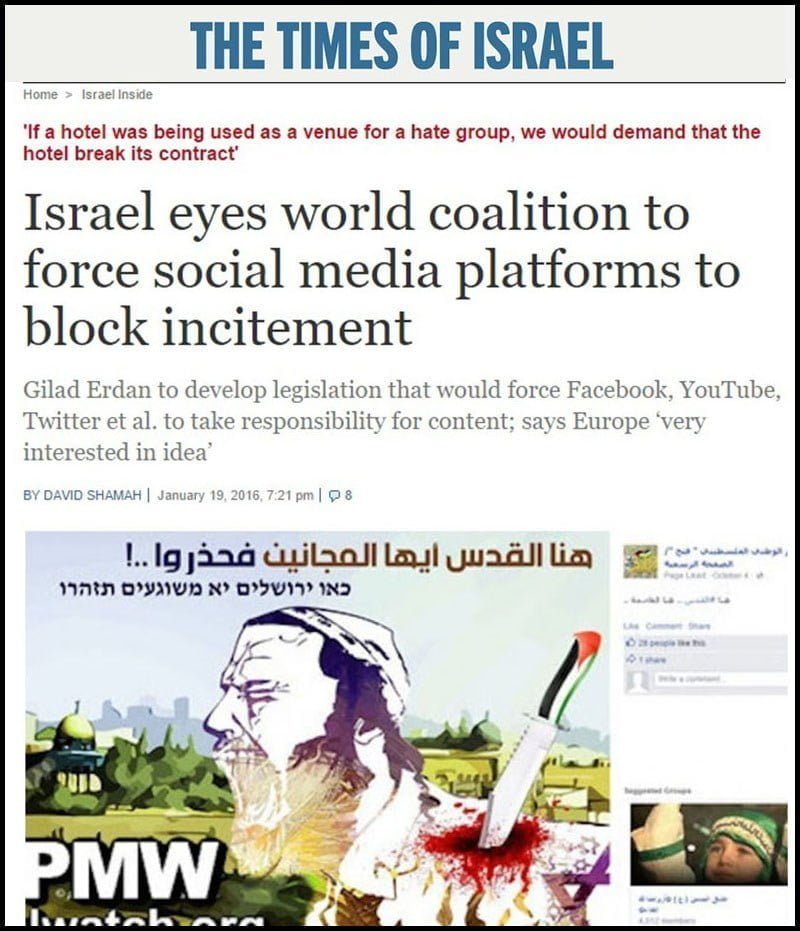 According to the plan, the participating countries would be part of a “loose coalition that would keep an eye on content and where it was being posted, and members of the coalition would work to demand that the platforms remove the content that was posted in any of their countries at the request of members.”

“This is a perfectly logical and just project,” Erdan’s spokesperson said. “If a hotel was being used as a venue for a hate group, we would demand that the hotel break its contract, and we would lean on other hotels to abstain from hosting them, so that the hate group would not be able to hold its event. This is no different.”Although the Israelis are attempting to disguise the project as a counter to Palestinians posting “violence promoting material” on the Internet, it is clear that the extension of this “coalition” has a far wider scope.

Justifying the plan, Erdan’s office used an example of a Palestinian who allegedly posted up a body chart showing where the best places were to stab someone fatally—apparently a reference to the recent spate of knife attacks on Jews in Israel.

The number of postings of that nature are, however, tiny in comparison to the volume of material going up on the Internet, and there are already more than sufficient methods in place to deal with such incidents and get them removed.

Nonetheless, Erdan’s spokesman said the “coalition” would “force the world’s leading social media giants to prevent their platforms from being abused to peddle incitement to terrorism.”

The social media giants “make millions but claim they are not responsible for content, and that they only provide a platform,” a spokesperson for Erdan told the Times of Israel. “That is not going to wash. We are planning to put a stop to this irresponsibility, and we are going to do it as part of an international coalition that has had enough of this behavior as well.”