Prepare For Change
Home Disclosure AMERICAN BISHOP EXPLAINS HOW RELIGION IS ‘MADE UP’ AND USED TO CONTROL... 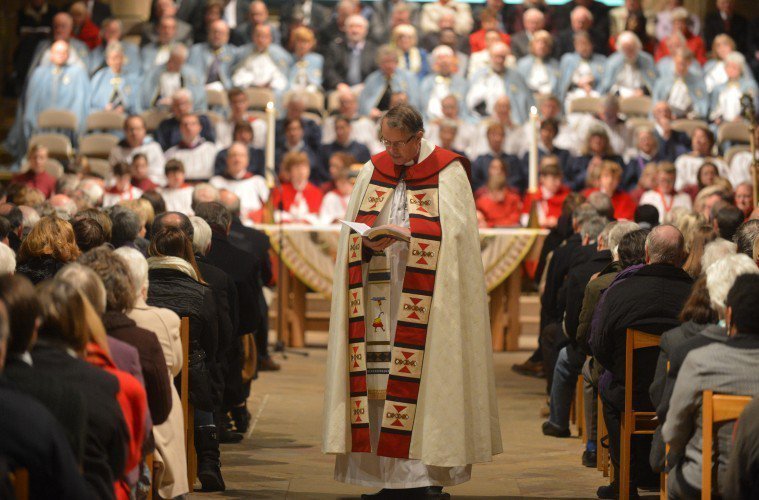 Religion is a controversial topic, and I’d like to preface this article by saying that it is not my aim to belittle or diminish anyone’s beliefs. My problem is not with faith but with religion as an organization, which has been used as a means of control, to pit people against each other, and to incite terror and war. Religion in this context serves the purposes of many various global elitist agendas.

Religion is also confusing, to say the least; within several different religions exist different ‘sects,’ each with their own teachings and version of the ‘truth’ and how to live one’s life. Within Christianity alone, there are multiple versions of the Bible, and teachings that contradict one another. What one religion says in one part of the world may directly oppose what another says in a different part of the world. This alone is a recipe for feelings of confusion and isolation for anybody who is seeking ‘the truth.’ If various religions preach different ways of life and truths, they all can’t be correct, can they? I guess that’s why they call it faith.

Below is a video of Jon Shelby Sponge, a retired American bishop of the Episcopal Church, discussing these problems. He argues that religion is a business and it is used as a control mechanism (and he’s not the first insider to do so). We can see this happening most clearly in the rise of Islamophobia. Islam has been turned into a scapegoat, a target at which we can direct all our fears and anger, and an excuse to invade other countries and create a more intense global national security state. But the truth is, Islam has nothing to do with violence or terrorism. These manufactured fears are all part and parcel of ‘false flag’ terrorism, which you can read more abouthere if you are unfamiliar with the concept

In the video, Sponge affirms that “religion is always in the control business, and that’s something people don’t really understand. It’s in the guilt producing control business.”

He then goes on to describe the problem with religion as an organization:

Every church I know claims that we are the true church, and they have some ultimate authority. . . . The idea that the truth of God can be bound in any human system by any human creed by any human book, is almost beyond imagination for me. God is not a Christian, God is not a Jew or a Muslim or a Hindu a Buddhist; all of those are human systems which human beings have created to try to help us walk into the mystery of God.

He is describing the difference between faith and religion. I myself have explored multiple religions, and have discovered teachings within all of them that deeply resonate with me. I’ve also found teachings that don’t resonate at all. I don’t believe one religion has all the answers.

Using fear to coax people into a certain way of life or belief system, just like the Bishop mentions above, seems to be common practice in nearly every religion, and that certainly doesn’t resonate with me.

The history of the church itself is problematic. Whether it be the church’s role in the First Nations Genocide here in Canada, or the European crusades, the church has a history of forcing their views upon others and of condemning science and new discoveries.

We are also dealing with texts that are very old, and considering there are multiple versions of various texts, all of which have likely been manipulated, changed, and distorted over the years, I find it difficult to accept any one without question.

Another point that turns me away from religion is hypocrisy. Many people claim ties to their faith yet know very little about its tenets, and fail to follow what they claim to believe in. This is commonly seen within the ‘spiritual’ movement as well, which can be seen as another form of religion in itself.

When it comes to religion, I believe you have to do your own research; you have to read the books and examine the teachings for yourself. Use your own head and find what resonates with you instead of allowing yourself to be indoctrinated and letting someone else do your thinking for you. These texts are open to interpretation; it’s up to you to find meaning in them and apply it to your life. You can still believe in God and not be religious. Religion is a manmade construct, and I think if God were to suddenly appear somewhere, he or she would have no idea what religion even was.

Religions as organizations are going to have to change. New discoveries are constantly being made that are challenging long-held belief systems. We cannot grow if we refuse to have an open mind and accept new possibilities about the nature of reality, and it’s childish to hold on to old belief systems just because they are familiar.

I personally believe in the soul and other non-material phenomena, as well the idea that life does not end here on Earth, and I believe there is enough evidence in various forms, aside from my own intuition and gut feeling, to support this stance.

What about you? What do you believe? What it all boils down to, for me, is respect. We must learn to respect each other’s viewpoints about ‘what is.’ We need to work with each other and accept our differences so we can focus on helping the planet, our shared home.

“It’s a mark of an educated person to be able to entertain an idea without accepting it.”

What do you think about religion and what Sponge is saying in this video? Do you agree or disagree? Please feel free to share your thoughts in the comments section below.