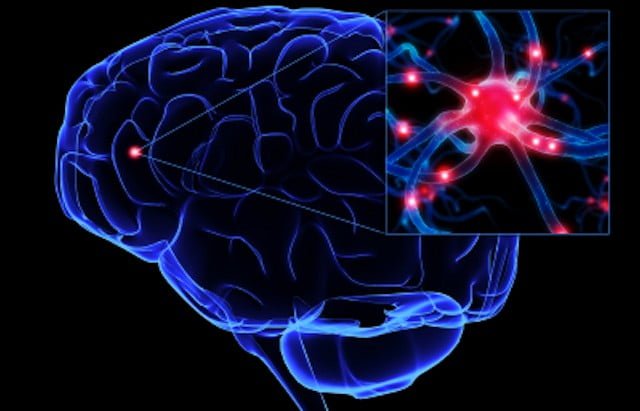 A couple of years ago, a story emerged about scientists working on “Smart Dust” – nanoparticles that could be employed as sensor networks for a range of security and environmental applications. This was followed by the more literal version of Smart Dust, which was designed to open pathways to establish a human brain-computer interface.

The brain system was labeled “Neural Dust” and was intended to “monitor the brain from the inside.” Inventors speculated that a network of nanoparticles injected into the brain could measure electrical activity in neurons, then use ultrasound to form a two-way transfer of data. This theoretically would lead to the reading, generation, or alteration of information – i.e., mind control. Most disturbingly, at the time, is that their theories had entered the testing phase and showed some success, albeit on a beetle.

New research released by Florida International University indicates that this area of testing has now advanced to mice. Their conclusions and statements about what they have found and where they believe all of this is headed is even less comforting than previous discoveries.

I have posted the full FIU press release below, with emphasis and my comments added. Naturally, their press release highlights only the potential benefits of this technology. One can’t outright deny those possibilities, but we also must put it into perspective knowing what we do about DARPA’s mission to apply this militarily.  For key background into that research please read “7 Future Methods of Mind Control” and the explosive details that came to Activist Post from an Arizona State University whistleblower about what led him to reveal his intense concerns, “Secret DARPA Mind Control Project Revealed: Leaked Document.”

A Florida International University professor and his team this month published news of a scientific breakthrough that could lead to the noninvasive treatment of Parkinson’s and other neurodegenerative diseases.

Researchers remotely manipulated the electric waves that naturally exist in the brains of mice, a feat that has far-reaching implications for medicine.

The journal Nanomedicine is featuring the paper by Sakhrat Khizroev, a professor with dual appointments in the Herbert Wertheim College of Medicine and the College of Engineering & Computing.

Using a previously reported FIU-patented technology, researchers began by intravenously administering magneto-electric nanoparticles, or MENs, in mice. With a magnet placed over the head(also read about the “God Helmet” – N.W.) of each subject animal, the particles were pulled through the blood-brain barrier, where they “coupled” the externally created magnetic field with the brain’s intrinsic electric field. This enabled researchers to wirelessly connect their computers and electronics to neurons deep within the brain.

The researchers then sent signals via computer to the MENs, which responded by modulating (or changing from low to high and back again) the frequency of the brain’s naturally occurring electric waves. The resulting pulses created “deep-brain stimulation” that has implications for treating Parkinson’s and other disorders. It stands in contrast to the existing method of deep-brain stimulation, which involves invasive surgery to implant an electrode in the brain and a battery-operated medical device elsewhere in the body.

In a nod to the increasingly personalized nature of medicine, Khizroev believes that MENs could one day be programmed to accomplish any number of medically related procedures to treat various disorders, among them Alzheimer’s and autism. When properly targeted, the particles could, for example, be used to repair cells or destroy plaques. Khizroev also believes that MENs could potentially remain in place within the brain for extended periods to release drugs on a set schedule.

“This study is a critical stepping stone to opening a pathway to understanding the brain and treating many neurodenerative disorders,” Khizroev says. “With this connection, we could see and repair, when necessary, all the electric circuitry deep in the brain.”

The remote analysis and manipulation of the human brain clearly opens the door for remote mind control, as one man’s treatment of a legitimate disorder becomes another’s tool for simply changing perception. And even if it doesn’t reach that level, this technology also seems to be a boon for Big Pharma as they work in tandem with the medical establishment to ensure that everyone has some sort of disorder in need of revision. For a full explanation on that topic, Jon Rappoport’s article “Obamacare: watch out, here comes ‘predictive modeling’” is a must-read. Also see transhumanist and a Director of Engineering at Google, Ray Kurzweil’s hope for Human Body 2.0 with roving nanobots to repair us from the inside out.

Perhaps most telling, though, is that once again the ethical framework is completely missing. With all of the ways that we have seen humans abuse one another to achieve dominance and control, are we still willing to let these experiments continue without question? Once we reach the nanoscale with full wireless integration, do we really expect that “opting out” will be a future possibility?