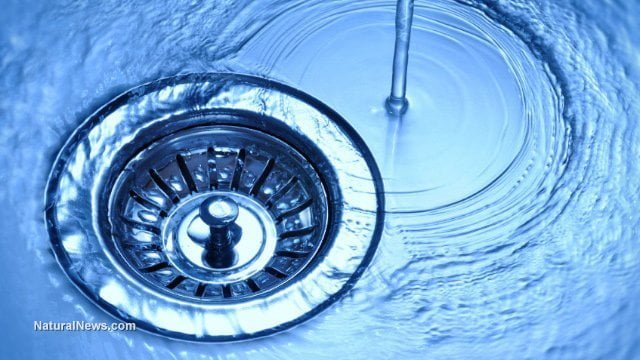 Our citizen-powered EPA Watch program has now resulted in the open source publishing of heavy metals contamination tests of 230 municipal water samples across America. The results show that two to three per cent of the U.S. water is highly contaminated with toxic heavy metals, poisoning an estimated 10 million Americans with brain-damaging contaminants that surpass EPA limits.

Yet the EPA has not alerted Americans to these toxic heavy metals in their water. Just as in the case of Flint, Michigan, the EPA is systematically covering up irrefutable scientific evidence of heavy metals water contamination across America.

To discover all this, Natural News volunteers collected water samples from over 230 municipal water sources across America and sent them to my laboratory for testing. My lab, known as CWC Labs, is an internationally accredited (ISO 17025) laboratory with exhaustive expertise in heavy metals analysis. Through meticulous testing of the water samples, we scientifically documented a disturbing pattern of heavy metals water data that’s now available to the public.

Click here to view the data now at the Natural Science Journal, sorted by zip code.

Two to three per cent of U.S. municipal water systems are heavily contaminated with copper, arsenic or lead

Our data show that two to three per cent of municipal water systems are heavily contaminated with toxic heavy metals. This means as many as 10 million Americans may be consuming heavily contaminated water right now. Yet Obama’s EPA — which also engaged in criminal cover-ups of glyphosate contamination of the food supply — hasn’t said a word about this to anyone.

In Flint, Michigan, three local water officials were charged with felony crimes for committing deliberate scientific fraud to hide lead contamination from the public. Yet as this exclusive Natural News investigation reveals, the EPA is engaged in a far wider conspiracy of silence about the heavy pollution of municipal water supplies all across America. Somehow, nobody from the EPA ever gets charged with a crime or goes to prison… is anyone surprised?

You’ll also notice that the EPA never dares publish raw, unfiltered heavy metals data on U.S. water systems. Instead, just like municipal water quality bureaucrats do, they cherry pick the results they want to “count” while ignoring all the data that show high heavy metals.

America is being systematically poisoned, deceived and destroyed by a deliberate enemy force occupying the highest levels of government

As a result, the entire nation of America is being systematically lied to about water quality by a crooked, corrupt EPA that has abandoned real science, operating under the deceptive, dishonest Obama regime that also excuses radical Islamic terrorism on U.S. soil. What’s next… will Obama enable and then apologize for Islamic radicals poisoning the water supply with deadly radioactive weapons of mass destruction while the EPA looks the other way?

Given recent events, it no longer sounds like a kooky conspiracy theory, does it? Suddenly we’re all living in an America where our own federal government is actively conspiring against the citizens on a daily basis, supporting enemies who attack us, covering up mass heavy metals poisoning and excusing acts of terrorism that are taking place right in our own communities.

Suddenly, Americans are waking up to find that they are now the “enemies” of their own government… a government now run by obvious traitors and criminals in positions of high power who seem determined to destroy this once great nation by any means possible: Poisoning the water, gutting the economy, terrorizing our citizens, welcoming a land invasion of illegals carrying infectious disease, destroying our children with toxic chemicals in deadly vaccines and stripping away our rights and freedoms while constructing a totalitarian surveillance state that offers only suffocation, not security.

There is a war on America, and it is being waged by traitors who now occupy the highest offices of the land. The heavy metals poisoning of the water supply is just one small part of this war that’s intended to decimate America by attacking the brain function of its citizens; other weapons of mass chemical destruction also include antidepressant drugs, fluoride chemicals in the water supply, glyphosate weed killer in the food supply and hormone disruptors that permeate packaged foods.

We are all being deliberate poisoned while the obedient sheeple worship basketball on TV and eat themselves to death with MSG-laced GMO junk foods. Is it any wonder this nation now seems to have passed the tipping point of sanity and descended into a real-world Idiocracy?

It is no coincidence that lead and copper — the two most prominent heavy metals we found in municipal water samples — both promote cognitive decline, confusion and psychosis. This is precisely the kind of mass confusion (and mental illness) desired by irrational, insane pushers of political criminality who are trying to get the traitor-in-chief Hillary Clinton elected to office. After all, if they can just keep up the deliberate destruction for four more years, there might be nobody left who’s capable of fighting back against overarching tyranny… and from that point forward, it all descends into a corporate-government system of runaway fascism, secret police and total censorship of natural medicine, home gardening, home schooling, rainwater collection, self-reliance and even Christianity itself.

If Clinton gets elected to office, government medical enforcers will be shooting up your children with vaccines at gunpoint, criminalizing naturopathic medicine, imprisoning herbalists and forcing everyone to eat GMOs. The “good” news in all this is that lead in the water will then be the least of your concerns. And you’ll probably be dead anyway, because a totalitarian Clinton regime will be rounding up all independent thinkers and executing them en masse(a la the “cultural revolution” of communist China) in the name of “tolerance.”