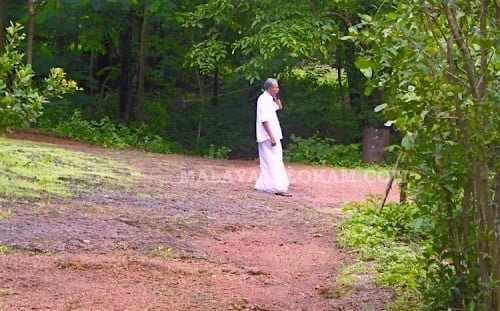 Abdul Kareem, 66, of Parappa, Kasargod, Kerala had a liking to ‘Kavu’, the sacred forests of Kerala, right from his childhood. He would frequently visit his wife’s house in Puliyankulam village and it was during such visits that he noticed the barren hillside land nearby. In 1977, as if on an impulse, he bought five acres of the land for Rs 3750. The people nearby and even his family were not able to comprehend his action, and he became a laughing stock in the locality. The property had only a single well that remained almost dry throughout the year. Since it could not provide enough to water the saplings that he planted, he would carry water in cans from outside sources on his two-wheeler. This continued for three years, at the end of which, nature started responding to his unrelenting efforts and the trees actually started growing.

The change was now to be seen – birds came in flocks and helped Kareem by bringing seeds of umpteen varieties and started setting their nests in this new haven. Soon other forms of life also appeared. The ecosystem was developing at a good pace. In the meanwhile, Kareem bought another 27 acres of land and planted trees all over the place with the new-found vigour, motivated by the fruits of his efforts.

One notable feature of Kareem’s forest (that is what the Department of Tourism, Kerala Government, calls this place) which makes it a forest in the true sense is that Kareem never tried to interfere in its natural development once it started sustaining itself, rather he gamely prevented anything and everything that would interfere with the natural growth of his forest. He has never weeded the forest; neither does he sweep away the fallen leaves. There is no effort for intervention of any kind.

The forest has brought about amazing changes to the surroundings. The once dry well in the plot is now brimming with pure, fresh water. The underground water table in an area of about 10 kilometers has risen, it is said. The temperature inside the forest is markedly cooler than outside. Kareem has been living inside the forest since 1986, keeping constant vigil on his creation, which is dearer to him than anything. Visitors are allowed inside, even to stay as paying guests for a few days, provided they comply with Kareem’s regulations. Plastic is banned inside the forest; so is the use of automobiles. Wild partying, loud noises – all are a strict no-no. 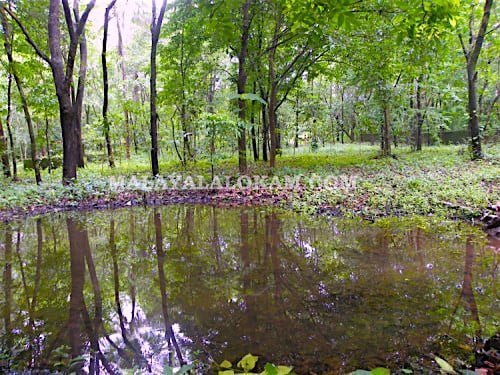 The lush green 32 acres of ‘Kareem’s Forest’ that was once a barren land!

Kareem has resisted various offers to commercialize the forest and to turn it into a theme park. Recognition has come from various corners, including the Sahara Parivar award, Limca Books Person of the year and so on. Visitors have come from many foreign countries. Still, one sincerely doubts whether this gem of a man has received the deserving attention from his homeland. However, for those who know him, the man who was once a laughing stock, has now grown colossal in stature, along with his creation – one that generations will cherish.